The UN Refugee Agency released sobering news today: The number of refugees fleeing their homes because of conflict in Syria …

“Ordinary Yemeni families are struggling for the very basics – water, food, fuel and medicines. Hundreds of civilians have been … 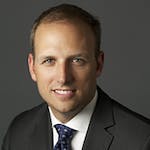 More than five days after Cyclone Pam caused catastrophic damage across Vanuatu, thousands of families remain in shelters and many …

This month the crisis in Syria enters its fifth year, and right now, over 100,000 children from Syria have been …

WHO/T. Jasarevic Amal is a five-year-old Syrian girl who loved having tea parties with her cousins. In 2013, she was …

This is a guest post by Hamdi Ulukaya, Founder and CEO, Chobani Like many entrepreneurs, I am often asked for advice …

Cholera in Haiti: Action Incumbent on us All

The cholera epidemic that has claimed so many lives in Haiti remains a public health crisis, and it demands action ̶ from all of us. Action is exactly what 19 Members of Congress are reasonably asking of the United Nations, and it is what UN Secretary-General Ban Ki-moon is working to deliver.

Last year, a person had to flee his or her home due to conflict or persecution every four seconds on average. Worldwide, more than 45 million people have been forced from their homes – the highest number in nearly two decades. 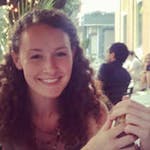 Forced to Flee: The Stories behind the Statistics

Today, there are more than 45 million people around the world who have fled their homes due to war or persecution. Behind this sobering statistic lie the stories of real people – mothers and fathers, sisters and brothers, grandparents and infants whose political and social safety nets have suddenly disappeared and who have been forced to leave their homes…

Coming Together for Haiti

On January 12, 2010, a massive earthquake struck Haiti, killing more than 300,000 people and leaving more than one million homeless. With support from millions of individuals around the world, a host of institutions and organizations — the UN and the UN Foundation among them — reached out to help the Haitian government with the difficult process of recovering and rebuilding.