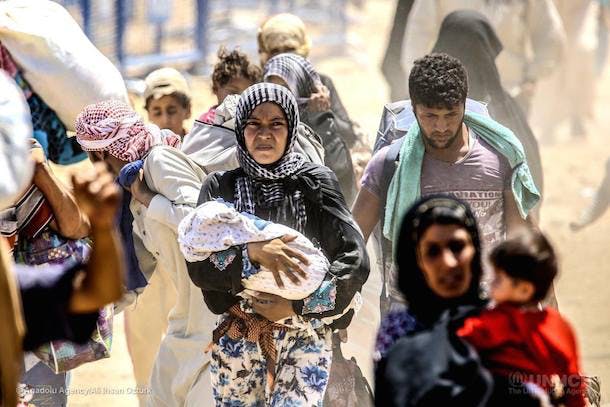 The UN Refugee Agency released sobering news today: The number of refugees fleeing their homes because of conflict in Syria has hit a record high of more than 4 million. Additionally, at least 7.6 million people are displaced inside the country.

“This is the biggest refugee population from a single conflict in a generation. It is a population that deserves the support of the world but is instead living in dire conditions and sinking deeper into abject poverty,” said UN High Commissioner for Refugees António Guterres.

According to UNHRC, the 4 million figure is made up of:

While the number of Syrian refugees continues to grow, funding has not kept pace. For 2015, UNHCR and partners appealed for US$5.5 billion, but as of late June, only around a quarter of the requested funds had been received – which means refugees face cuts in assistance such as food aid.

In an interview with RYOT, Hovig Etyemezian, UNHCR’s Zaatari Camp Manager, said: “What happens though in emergency situations is, as time goes by you have less and less funding. So now we have less funding than we did last year, which is a problem, and there are more and more funding cuts that are happening.”

As the crisis continues and refugees are kept from their homes for extended amounts of time, families are becoming more impoverished and the resources of the communities hosting them are becoming strained.

TAKE ACTION: Help raise awareness of this crisis by sharing USA for UNHCR’s video. You can learn more at: http://www.unrefugees.org/google.