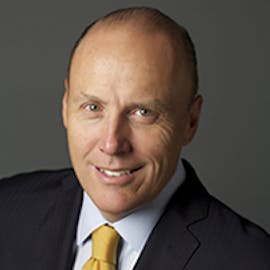 Peter Yeo joined the United Nations Foundation and the Better World Campaign in February 2009 with over twenty years of legislative, analytical, and management experience, including senior roles on Capitol Hill and in the State Department. Prior to arriving at the UN Foundation, Yeo served for ten years as the Deputy Staff Director at the House Foreign Affairs Committee chaired by Rep. Tom Lantos (D-CA) and Rep. Howard Berman (D-CA). He has worked on a broad range of foreign policy and foreign aid issues. He led the successful negotiations for the landmark HIV/AIDS, Tuberculosis and Malaria Act of 2003, commonly known as PEPFAR, as well as the successful $50 billion reauthorization of the law in 2008. He also shepherded into law several measures dealing with China, Tibet, Burma, and East Timor. Prior to his work with the Committee, he served as a Deputy Assistant Secretary at the U.S. State Department during the second Clinton Administration, where he led the negotiations around repayment of the U.S. arrears to the United Nations and was part of the U.S. delegation to the climate negotiations in Kyoto. Yeo holds a BA in East Asian Studies from Wesleyan University as well as a MA in East Asian Studies from Harvard University. Fun fact: Peter Yeo has been an advocate for the UN long before he worked at the UN Foundation. Peter was the delegate from Mozambique at the National Model UN. His love for international cooperation was passed along to his son, who is a present Model UNers. Learn more about Peter Yeo and view his most recent publications: http://www.unfoundation.org/who-we-are/leaders/vice-presidents/peter-yeo.html

The 2014 Congressional Budget: What Does it Mean for Global Health and the UN?

Update on South Sudan: What is the UN Doing?

The UN’s Biggest Wins For Peace and Prosperity In 2013

Responding to the UN’s Syria Appeal: The American Thing to Do

The Iran nuclear deal is another win for diplomacy

We made history – but not in a good way