If you tuned into last night’s State of the Union, then you already know: U.S. foreign policy will depend on international collaboration in the year ahead.

As President Obama said, “In a world of complex threats, our security and leadership depends on all elements of our power – including strong and principled diplomacy.”

From Syria to climate change to ending global poverty and Iran’s nuclear ambitions, President Obama made it clear that he’s committed to strong global partnerships to tackle some of the world’s biggest problems – none of which will be possible without the United Nations.

One of the best examples the President gave last night is the destruction of Syria’s chemical weapons — which were so ruthlessly and horrifyingly used against innocent civilians. With U.S. support, the UN is working with international partners to oversee the elimination of Syria’s deadly arsenal.

We already know that Americans stand behind this: The Better World Campaign’s most recent poll found that nearly nine in ten voters believe the U.S. should be supportive of the UN both overseeing the destruction of Syria’s chemical weapons and providing humanitarian relief to its 2.3 million refugees. 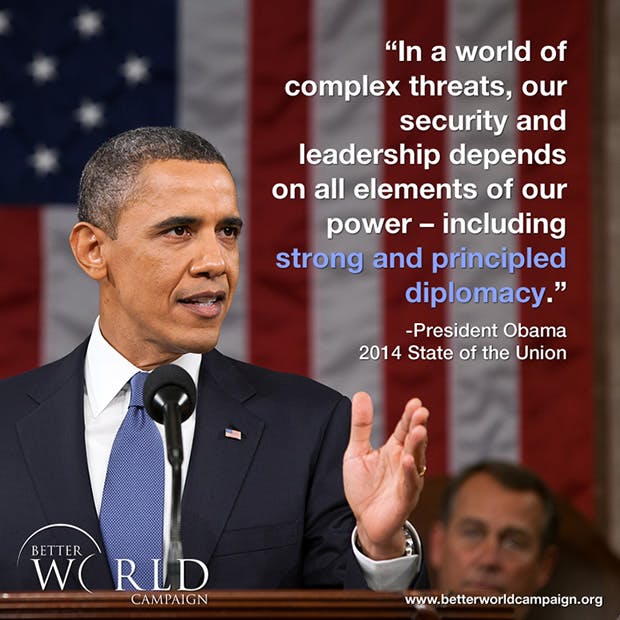 But the threats — and solutions — he spelled out don’t stop with the devastating fallout of weapons and war. They extend to the very air we breathe and the global collaboration we’ll need to combat climate change. Dicing no words, the President said:

“Climate change is a fact.  And when our children’s children look us in the eye and ask if we did all we could to leave them a safer, more stable world, with new sources of energy, I want us to be able to say yes, we did.”

And just as the President has called on all of us to make 2014 “a year of action,” UN Secretary-General Ban Ki-moon has likewise committed that 2014 “is the year for climate action.” As we kicked off the new year, Ban said:

“In 2014, we must turn the greatest collective challenge facing humankind today – climate change – into the greatest opportunity for common progress towards a sustainable future. [This] year is the year for climate action.” 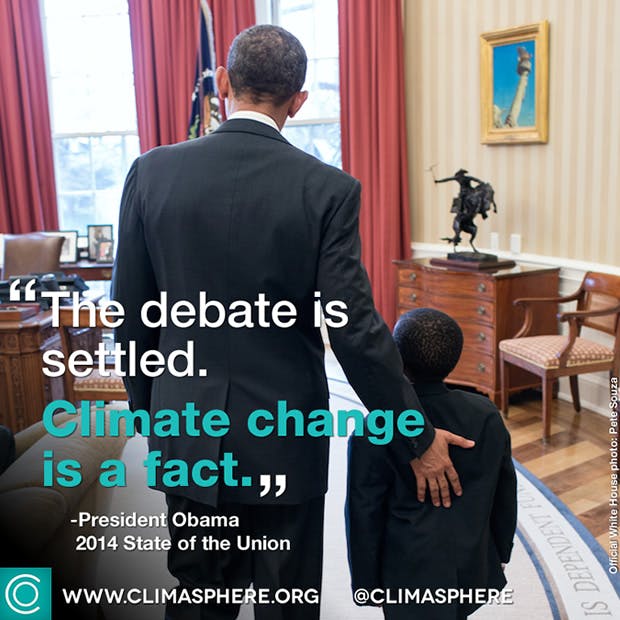 With the President of the United States and the UN Secretary General on the same page, we can be sure that action will indeed follow.

As Kathy Calvin, President and CEO of the UN Foundation said to me this morning:

“Not one of the global challenges articulated in the State of the Union can be solved by the U.S. alone. That’s why it’s more critical than ever for the U.S. to work hand-in-hand with our partners like the UN to bring about the change that we all truly need.”

I couldn’t agree more. Join the Better World Campaign in thanking President Obama for including strong support for international partners like the UN in his State of the Union address last night.

You can also learn more about these issues by following me on Twitter at @yoyoyeo2.