Kate Gilmore works to safeguard human rights for all people across the globe, including families living in some of the most dangerous and repressive places on earth.

Natalia Kanem helps build a future where every pregnancy is wanted, every childbirth is safe, and every girl’s potential is fulfilled.

Nahla Valji advises the United Nations Secretary-General on all matters related to gender equality at a crucial moment in the history of the organization and, indeed, the world.

These women are true heroes — or as we like to say, (s)heroes. They are among the many women who work at the UN to carry out its lifesaving mission every day. The Secretary-General has made gender equality — both at the UN and around the world — a key priority. In fact, women make up half of the UN senior management team for the first-time ever.

As part of our ongoing (S)heroes of the UN series, meet three leaders make a difference. 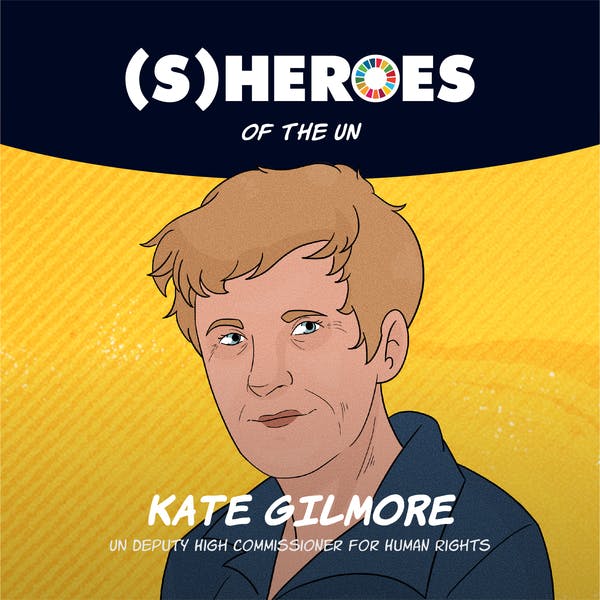 When it comes to speaking out about human rights abuses across the globe — particularly against girls and women, Kate Gilmore doesn’t mince words.“If violations at this pace, this deliberately, on this scale, with such clear knowledge of their life and death consequences were committed at the end of a fist or a gun, they would be denounced as crimes,” she says of recent efforts to curtail access to sexual and reproductive health services.

In the face of this regression, as she recently told a group of journalists at the Women Deliver conference in Vancouver, those committed to the rights of women and girls don’t need more hope: “We need first more courage, compassion, and far greater generosity.”

Gilmore began her career as a social worker in Australia, where she helped create the country’s first center against sexual assault. She then continued her fight for women’s rights at Amnesty International and as a Deputy Executive Director of UNFPA, the UN sexual and reproductive health agency.

Today, she helps protect the planet’s most vulnerable people as second-in-command at the UN Human Rights Office. For families affected by conflict in places like Ukraine, Myanmar, Syria, and South Sudan, this means documenting and reporting human rights abuses to the UN Human Rights Council, the UN Security Council, and UN member states. The agency she works for reports on human rights violations wherever they occur and also provides technical advice and support to Member States and other stakeholders on how to address and carry out human rights obligations. In 2017, the agency also provided rehabilitation support to 40,000 survivors of torture in 78 countries and helped 10,000 survivors of modern slavery move forward with their lives.

Gilmore and her colleagues, who are currently working in 70 countries across the planet, also help uphold the treaties, conventions, and declarations that preserve and defend the dignity, freedom, and safety of all people everywhere.

When asked about who inspires her, Gilmore recalls meeting a 14-year-old mother of two who had survived incest, rape, and domestic violence before escaping with her children. Telling her story through tears, this girl-mother told Gilmore that she expected her to make a difference — so that no other girl would have to go through what she had endured. “She is the person to whom I must be first and foremost accountable,” Gilmore says. 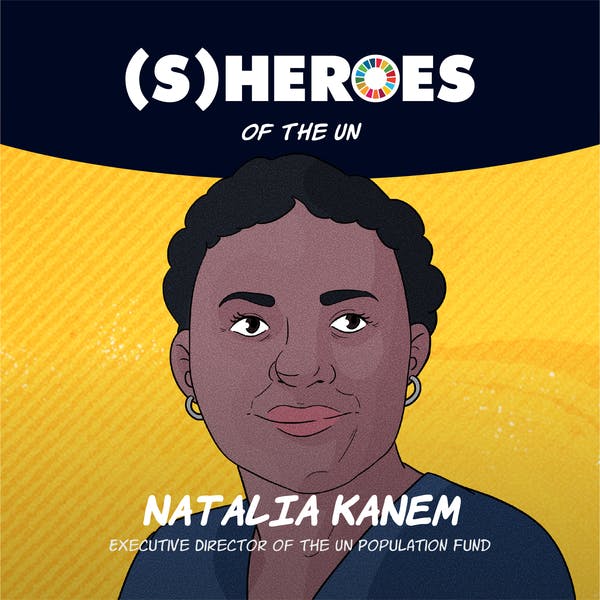 Of the roughly 830 women who die every day from complications related to pregnancy and childbirth, many are not even women — they’re girls. It’s a heartbreaking reality — and one that is entirely preventable. Dr. Natalia Kanem knows this too well.

As head of the UN Population Fund (UNFPA), she oversees the UN agency responsible for protecting and promoting access to resources for sexual and reproductive health — especially for the most vulnerable girls and women.

As part of her leadership at UNFPA, Kanem is committed to ending gender-based violence that prevents women and girls from realizing their full potential and place in society. Every day, she leads an organization that operates in more than 150 countries, training midwives and health care workers to provide prenatal care in remote areas, providing contraception, and “dignity kits” that contain hygiene supplies like soap and sanitary pads to women and girls in need, and building safe spaces for survivors of sexual violence. Last year, the agency reached 24 million women and 1.8 million girls across the globe with lifesaving services such as these.

Supporting women’s health has been a thread throughout Kanem’s more than 30-year career, from her time as a medical student to her work on the issue in West Africa as part of her position at the Ford Foundation.

“We must keep lifting our voices and trying to reverse decisions that have real-life consequences for women and girls.” 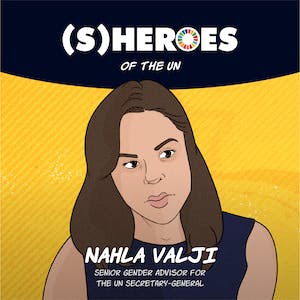 Nahla Valji, Senior Gender Adviser in the Executive Office of the Secretary-General

Nahla Valji credits her grandmothers for teaching her about rights, dignity, and valuing her place in the world. They also taught her about how social norms and cultural traditions can shape a girl’s destiny. Both of her grandmothers were married and mothers before the age of 15.

As part of her role as the UN’s first-ever Senior Gender Adviser in the Executive Office of the Secretary-General, she works to support the UN’s gender parity strategy, which seeks to advance women’s leadership and representation across the UN system. Last year witnessed a key milestone in this effort with parity being reached in the senior management group for the first time. The gender parity strategy also aims to create a more gender-equal and inclusive organization for all its staff, including ensuring access to flexible working hours, parental and caregiving leave.

Valji also coordinates the Spotlight Initiative, a €500 million UN-EU effort to shine a light on the global pandemic of violence against women and girls. It is the largest investment of its kind to fund programs across Africa, Asia and Latin America that address domestic and sexual violence as well as harmful practices including female genital mutilation and child marriage.

She joined the Secretary-General’s office after serving at UN Women for seven years, where she worked on peace, security, and gender, including transitional justice.

“We aren’t going to achieve our goals if we’re not including half of the population.”