They defend the vulnerable and fight for human rights. They command forces and build coalitions for peace. And they take on the world’s toughest challenges.

Women now make up half of the senior leadership team of the United Nations. Throughout the organization, from field operations to headquarters, women are leading the way in solving problems and creating change.

UN Secretary-General António Guterres has made gender equity – both within the UN and around the world – a key priority. As we celebrate the contributions of women on International Women’s Day (and every day), we want to share the stories of women in the UN who are making a difference for their communities and for the world. Meet three (s)heroes of the UN. 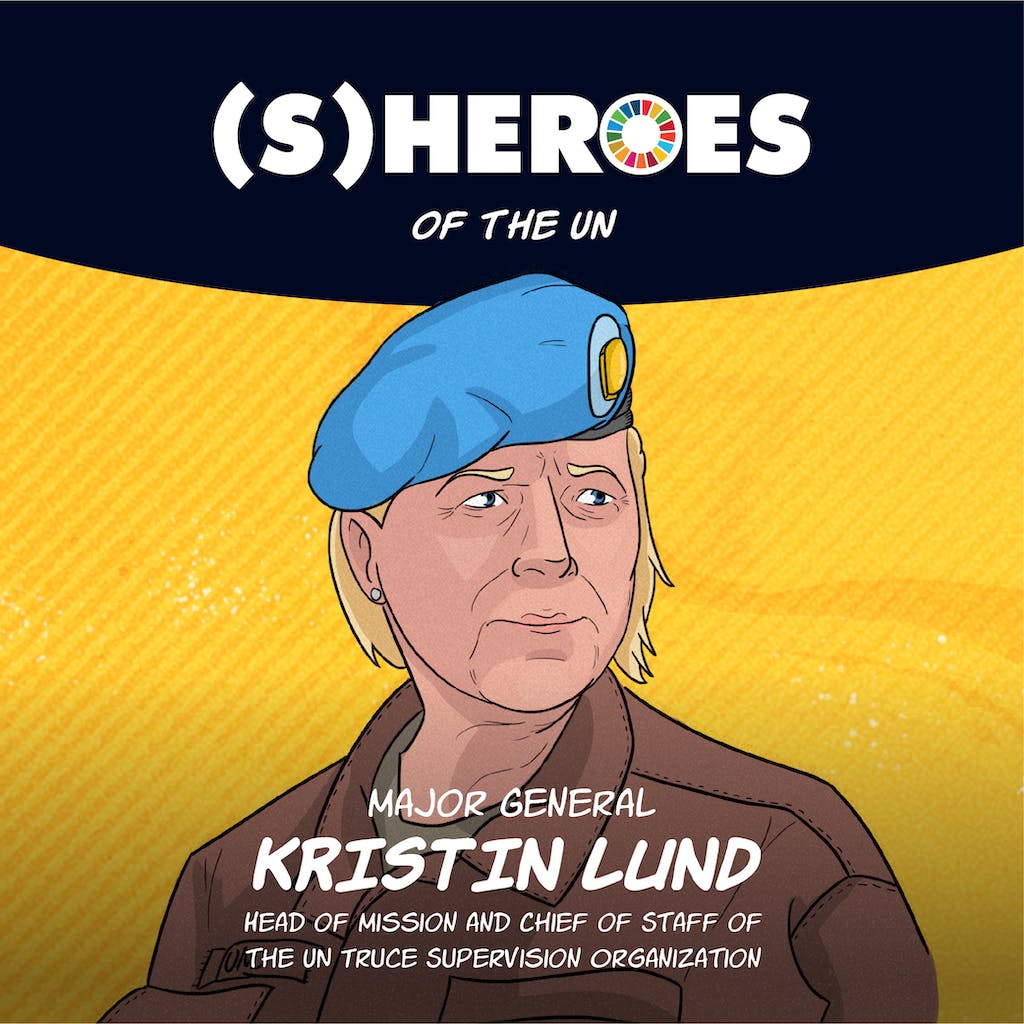 In 2014, she was appointed as the first-ever woman to serve as a force commander of a UN peacekeeping mission (the mission in Cyprus). In that role, she encouraged countries to send more women peacekeepers to the field and helped make sure the Cyprus mission could accommodate them. (Before that, not all outposts could.)

Today, she is the head of mission and chief of staff of the UN Truce Supervision Organization, which monitors ceasefires and armistice agreements in the Middle East. She has also served in Afghanistan, the Balkans, and Lebanon, in Operation Desert Storm, and for NATO.

“Beyond the usefulness of women in uniform, it’s also important for the mission to serve as an example and to reflect our values – that women and men are equal.” 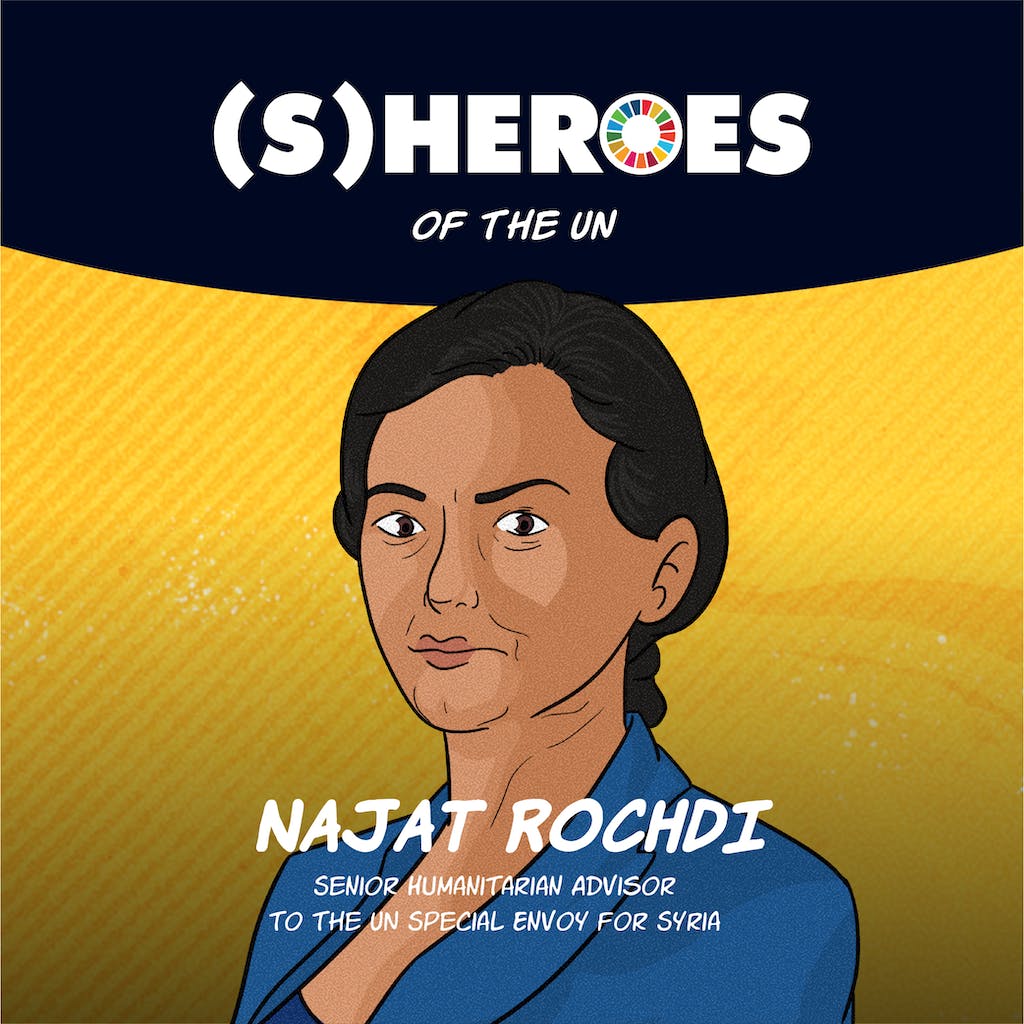 Najat Rochdi’s career has spanned a range of positions and places, from serving as a government official in her home country of Morocco to leading the UN’s operations in Cameroon. As the Senior Humanitarian Advisor to the UN Special Envoy for Syria and the former Deputy Special Representative for the UN mission in the Central African Republic, she has been on the front lines of some of the world’s most intense challenges.

In her work, she advocates for the rights of vulnerable people and has been praised for putting people at the forefront of the UN’s efforts. Former U.S. Ambassador to the UN Samantha Power wrote about her: “She and other humanitarians working in the region are giving hope to thousands who are struggling to survive the most desperate conditions.”

With a Doctorate in Mathematics and Engineering in Computer Sciences, Rochdi also has experience working to leverage information and communications technologies for development.

“As the United Nations, we are always advocating for women’s empowerment, for equity, for social justice when it comes to women. Just having women leaders is giving us much more legitimacy and credibility to address that.” 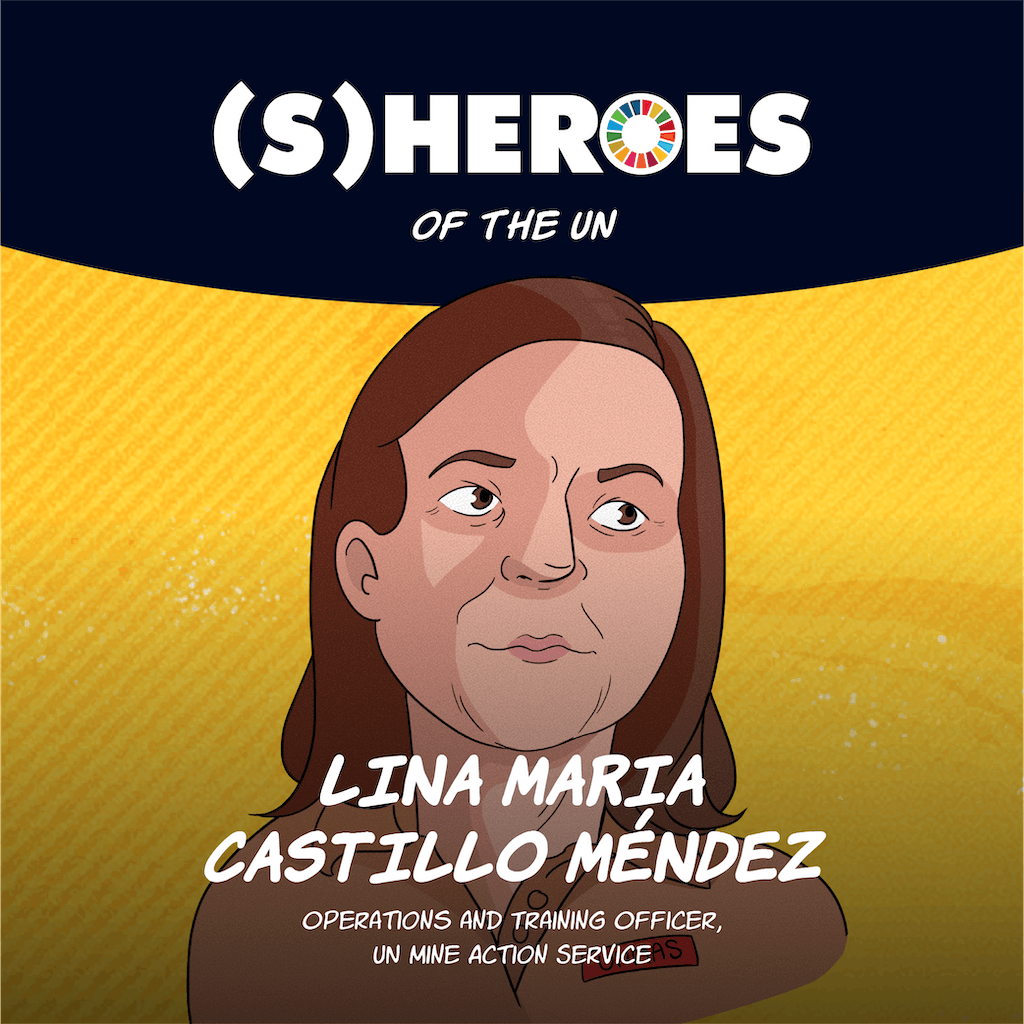 Lina Maria Castillo Méndez changes lives. As an operations and training officer for the UN Mine Action Service in Colombia, she teaches FARC ex-combatants and other people how to safely and efficiently demine land that is littered with explosives after more than 50 years of conflict.

An industrial engineer who used to work for an investment bank, she found her calling in humanitarian mine action, which taps into both her technical expertise and her leadership skills. Thanks to her work, ex-combatants who are on the front lines of demining Colombia can safely do their jobs and start new careers, while communities once threatened by explosives have the chance to develop and thrive.

She has also supported gender and diversity trainings for the army and others. Her colleagues describe her as dedicated, skilled, phenomenal, and a ‘guru’ at what she does.

“It doesn’t matter who does the job, but how it is done. If you give the right competences to everyone, gender becomes irrelevant because we are all able to do the job in the right way. It’s not about men or women, it is about human beings and how to care and respect.”