Q&A with Ryan Hobert: How what we eat is turning up the heat

Our Climate Is Our Future

Q&A with Ryan Hobert: How what we eat is turning up the heat

Our Climate Is Our Future

How the world produces and consumes food accounts for up to a third of annual greenhouse gas emissions. At the same time, climate change is radically changing food systems, with global consequences. Something has to change, says Ryan Hobert, the UN Foundation’s Managing Director for Energy, Climate & the Environment. In this Q&A, he suggests ways to make sure what goes on our plates contributes to a healthier, more resilient planet.

Q: When it comes to climate change, what keeps you up at night?

Ryan Hobert: What I worry most about is that the impacts from climate change are going to be much more severe than we think. We’re already seeing increasingly intense storms, droughts, and heat waves, and those impacts will continue to worsen as temperatures rise — which they will because we don’t have climate change under control.

Then there are all the aspects of the climate crisis that we tend not to think about. One thing that we haven’t focused on enough is the impact of climate change on our food. We’re going to have to radically shift how we do agriculture, including what we grow, where we grow it, and how we get it to market. Scientists anticipate major decreases in agricultural productivity due to climate change in places like sub-Saharan Africa, which could be absolutely devastating, especially as populations there continue to grow. And then there are the heat and precipitation changes. We’re already seeing this in California with plots left uncultivated because of the lack of water. Northern Kenya is right now going through a heart-wrenching drought that is devastating lives and livelihoods. Farmers are on the front lines, and poor farmers are going to face the brunt of these impacts, even though they’ve contributed almost nothing to the problem. We’ll have something like 10 billion people on the planet by 2050 [compared with just under 8 billion now], so we’ll need to feed more people while drastically reducing our emissions and making our systems more resilient. That’s a tremendous challenge. 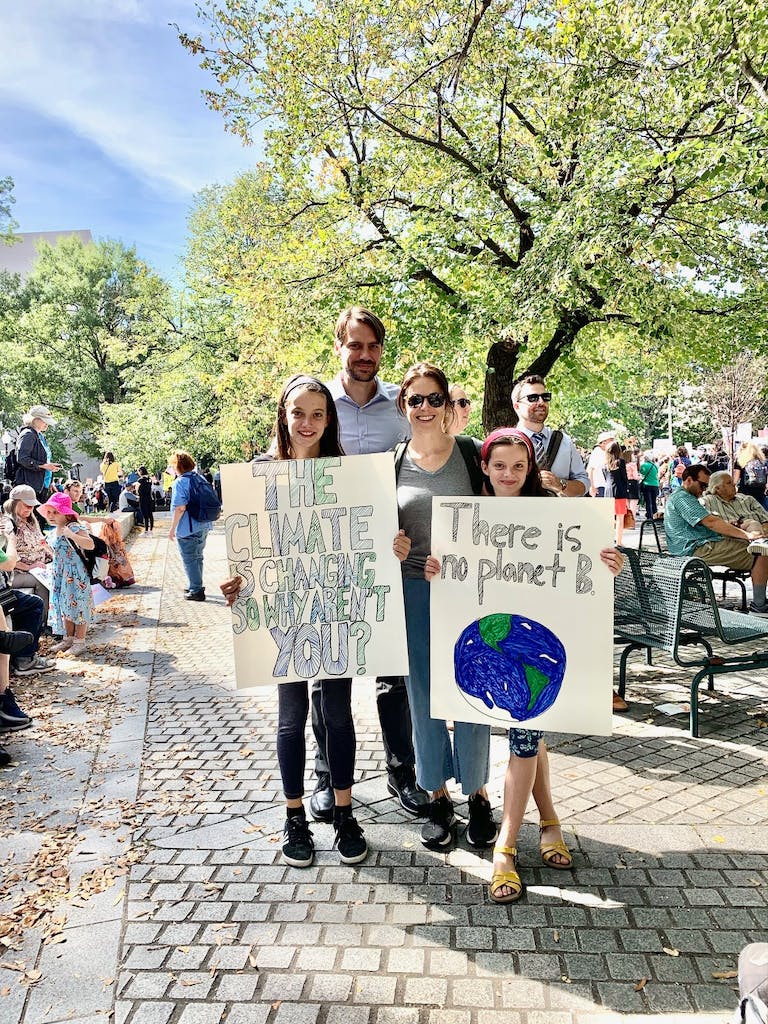 The average person doesn’t start paying attention to these issues until they see the changes happening in their backyard. Everyone points to changing temperatures and increases in wildfires and floods. How do food systems contribute to climate change?

Some estimates, including by the Intergovernmental Panel on Climate Change [IPCC], put food system emissions — which include growing the food, transportation, storage, selling, consumption, and waste — at up to one-third of total global greenhouse gas emissions. We need food systems that are prepared for the changes that are coming; and then, at the same time, we need to enlist food systems to help us reduce emissions and bring that one-third figure down.

How we grow our food, how we get it to market, how we cook it, what we do with the waste — all of those things have a tremendous influence on greenhouse gas emissions, and therefore on our climate. 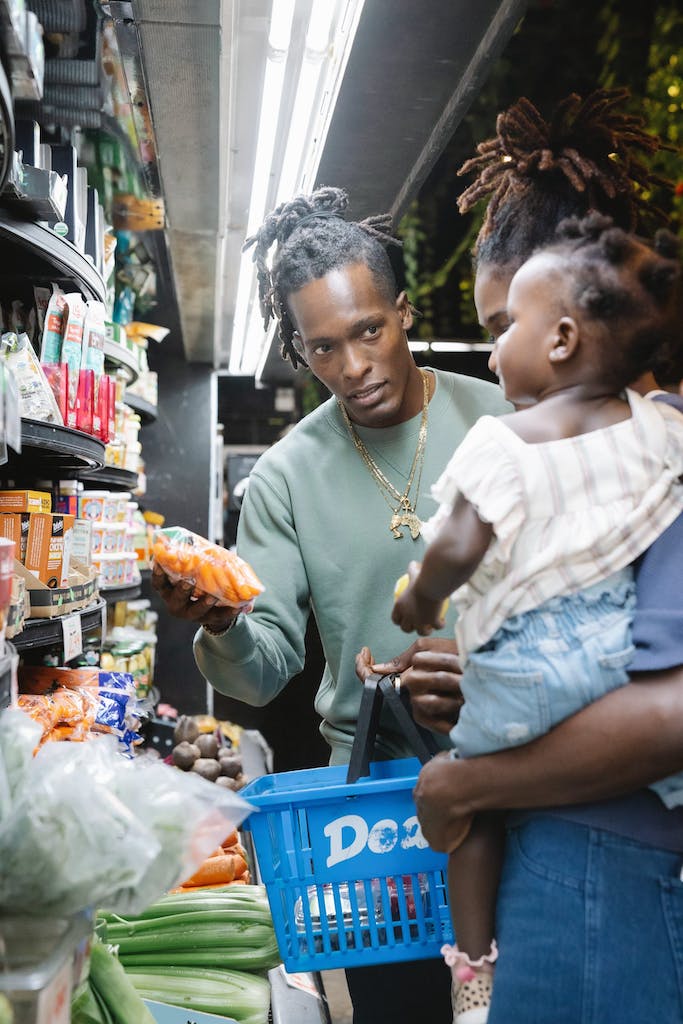 Some of these issues were brought to the fore at the recent UN Food Systems Summit that the UN Foundation supported behind the scenes. What are some of the key takeaways from that gathering?

The Summit was unique in that it was the first time the UN Secretary-General called for a global dialogue about food: the way it’s produced, distributed, and consumed, as well as its implications for human health, the environment, gender equality, and livelihoods. The Summit’s biggest accomplishment was to put food on the radar in a way that it hasn’t been before, as an intersectional issue that touches on everything else.

I think the Summit succeeded in getting food issues squarely on the global agenda, and I suspect that food issues will continue to grow in importance in the years ahead. We saw that at COP26 [the UN’s Climate Change Conference] in November, where the focus on food increased significantly from previous years. The connection to climate is one that I think gives food systems an added importance when we think about opportunities to reduce emissions and build resilience beyond energy systems and infrastructure.

What are some of the challenges you see to achieving progress in this space?

Humans have made massive changes to the natural world in order to build a food system that serves our needs. One of the statistics I find really fascinating is that if you look at all of the world’s mammals in terms of total biomass, humans make up 35% of that total, livestock 63%, and wild animals 2%. 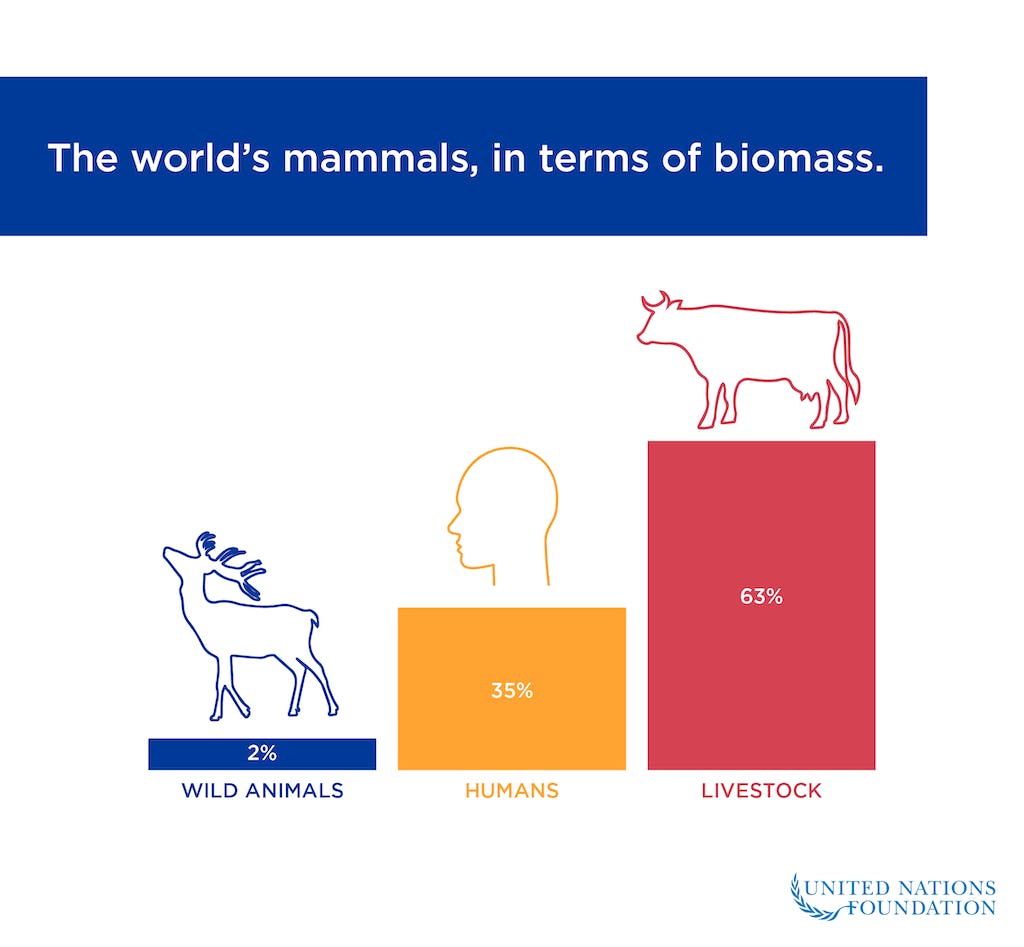 Think about that for a minute: nearly two-thirds of the mammals on earth are there just to feed humans — and only a tiny fraction are wild animals. We’ve really pushed back how much nature is left, in large part because we cut down forests to make way for agriculture and grazing, and we’ve domesticated the landscape to such an extent that we shouldn’t be surprised that there are consequences in terms of how well our environment functions. The challenge — and the opportunity — will be to undo some of the harm we’ve inflicted on our environment by building more sustainable food systems around the world.

Another challenge is simply the lack of awareness about the connection between climate and food. If we had a stronger sense of the interactions between the two, we would much more readily embrace solutions. One potential solution is capturing carbon in our soils, which is good for climate change and makes soils healthier and more productive. We can seize this opportunity by adopting practices that will incentivize farmers to preserve and increase soil fertility and carbon. 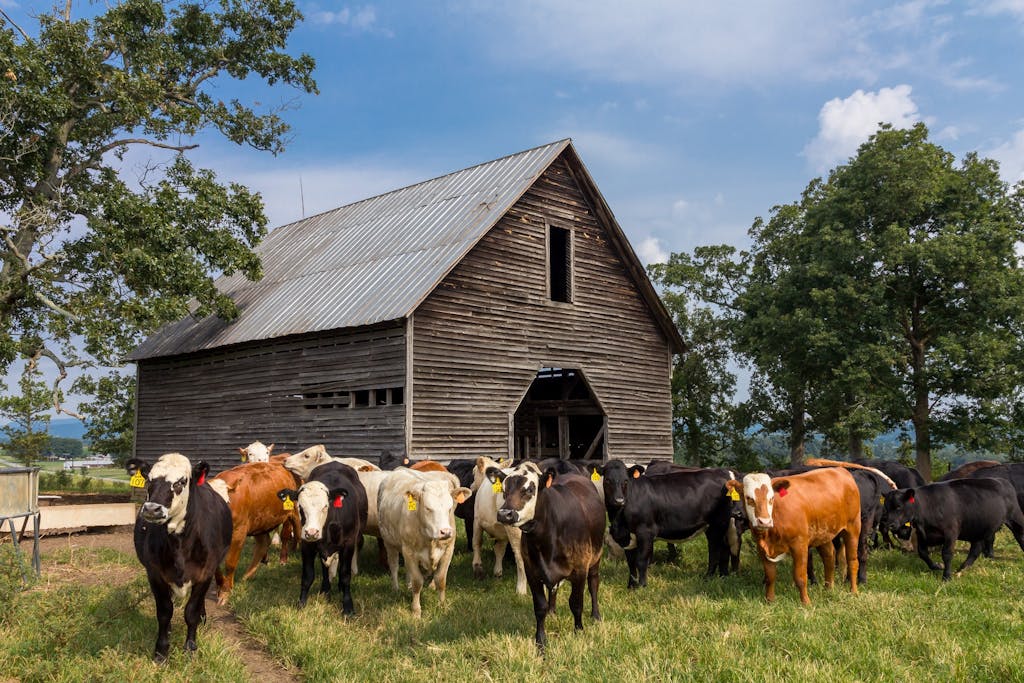 A herd of cattle at a farm in the United States. Photo: Mark Stebnicki / Pexels

Finally, there’s the issue of entrenched interests. The largest food companies are massive multinational businesses that naturally prioritize profits and are directly responsible to their shareholders. It’s very hard, for example, to convince a large meatpacking company that the world would be better off if people consumed way less meat; just like coal, oil, and gas companies don’t want to hear that the world needs to phase out using fossil fuels. As a society, I think we need to demand that these companies also prioritize co-benefits, such as reducing emissions, protecting ecosystems, and conserving biodiversity. And ultimately, business-minded people should understand this since failing to conserve the natural infrastructure that makes something like growing food possible is a massive market failure. That market failure should make politicians, businesspeople, and citizens alike extremely concerned. There is no planet B, as young climate protesters frequently remind us.

What about the role of the private sector and governments in changing food systems? Can you talk about the UN Foundation’s work in helping galvanize climate action from these actors?

Governments heavily subsidize food production and consumption, so one of the things we’re doing is working with a coalition of governments, NGOs, and international organizations to get the public sector to commit to shifting the kind of support they provide to food systems. This is so that they’re not just incentivizing food production, but they’re also focusing on delivering other co-benefits I mentioned earlier, from climate to diversity to ecosystem health.

There’s also a significant need for innovation in food and agricultural systems. With a growing population that is eating an increasing amount of animal protein and that has more carbon-rich diets, greenhouse gas emissions are going to explode if we don’t develop and deploy innovative solutions to make food systems more resilient and less carbon-intensive. This raises critical questions such as: How do you make better seeds that are more resilient to climate change? How do you use technology in the agricultural sphere to maximize efficiency and productivity? How do you drastically cut methane (a potent greenhouse gas) emissions from livestock? How do you make global and regional research collaboratives more innovative so that they deliver for the world’s poorest and for smallholder farmers? 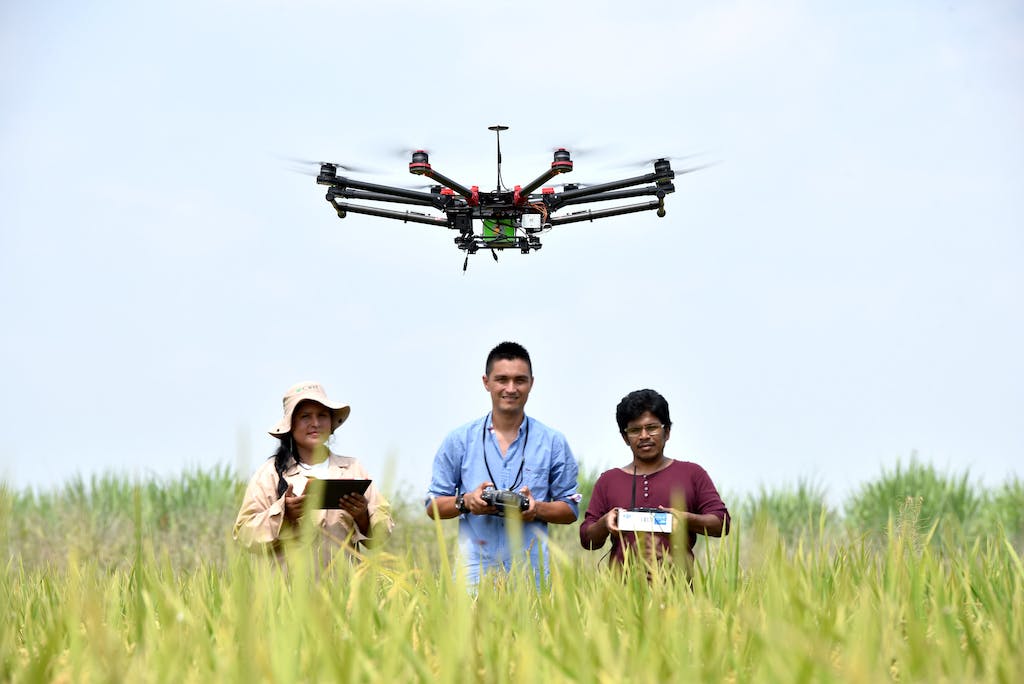 In that vein, the UN Foundation is helping support the Agriculture Innovation Mission for Climate (AIM for Climate) that the U.S. and the United Arab Emirates launched at COP26 in early November. This initiative is all about accelerating investment — starting with a $4 billion commitment — for innovation in agriculture to improve climate outcomes. Our hope is that in supporting this work, we’ll see innovations across the food system value chain that will be transformative both to bring down emissions and to provide the world’s poorest communities with more abundant and nutritious food.

What can individual consumers do to help contribute to climate-resilient food systems?

The number one thing we can do is eat less meat, especially beef, and make sure that the meat we do eat is raised sustainably. Like I said, livestock represents 60-plus percent of the mammal biomass on Earth, which is gigantic. If those animals are ruminants, they’re also emitting a huge amount of methane over the course of their life. That will need to change.

The second thing is tackling food waste, which is responsible for up to 10% of all global emissions. That’s because when we waste food, we’re wasting all the energy and water that it took to grow, harvest, package, and transport it. And then, when it rots in a landfill, it emits methane — a greenhouse gas that is many times more potent than carbon dioxide.

Educating people about the connections between the food we eat and the climate crisis is key. We can all do our part!