A woman cooks food on a cookstove at her house in Ganeshpura Village in Mehesana District in the Indian State of Gujarat. Photo: Clean Cooking Alliance

For most of her life, Prajakta Shirsat cooked over an open flame — a seemingly simple act but one with serious consequences. The Indian mother and farmer explains how a “mechanical stomach” in her backyard now transforms food scraps and animal waste to power her household, help her cook, and tackle climate change at the same time.

Since she was a little girl, Prajakta Shirsat began most days by stoking a small cookfire to boil water and prepare her family’s breakfast.

Prajakta lives in Ahmednagar, a 500-year-old city in western India where electricity is often unreliable, going out for hours at a time without warning. It’s one reason that nearly two-thirds of India’s population cook over charcoal, kerosene, or an open flame.

“Previously, when I used firewood, I spent a lot of time with that,” Prajakta says of the hours each week devoted to stocking the family’s woodpile and tending to cookfires. It also meant spending a large portion of the household’s limited income on kindling to keep the fires going. 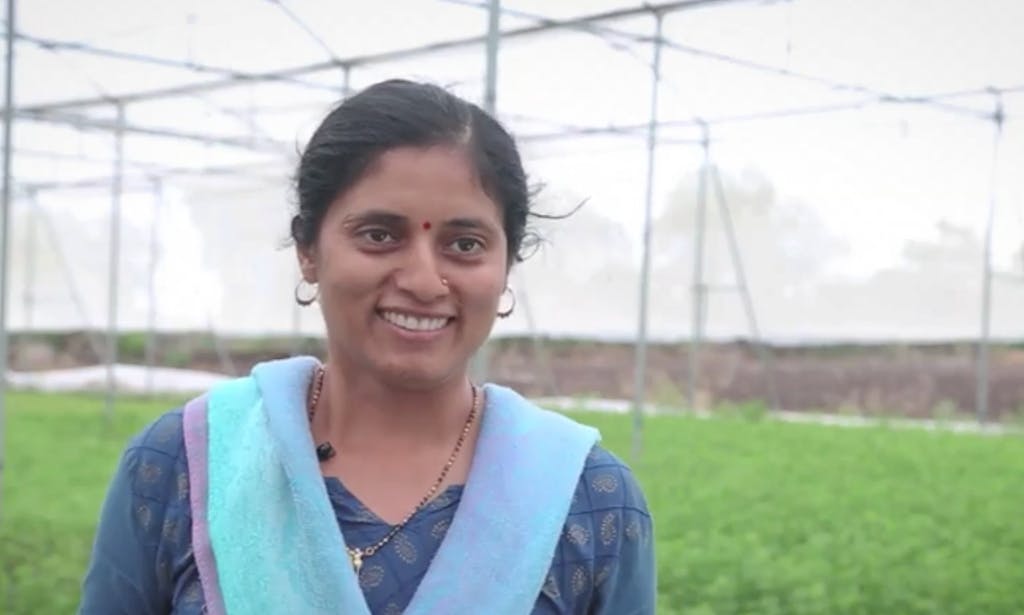 Prajakta Shirsat is saving time, money, and her health by switching to a clean cooking fuel made by her biodigester. Photo: Clean Cooking Alliance

The time and resources wasted on open fires, or so-called dirty stoves, aren’t the only repercussions. Burning wood, charcoal, animal dung, crop residue, and other biomass fuels is a leading cause of black carbon emissions, the second-largest contributor to climate change after carbon dioxide.

In India, 20% to 50% of outdoor pollution is the result of indoor cooking and heating. The process releases carbon dioxide and other greenhouse gases, as well as short-lived climate pollutants such as black carbon, another leading contributor to climate change. Scientists have discovered that melting sea ice in the Arctic is partly caused by black carbon emissions from cookfires on the other side of the globe, swept there by ocean currents.

And this isn’t a problem just in India. Globally, 1 in 3 people use open fires or dirty stoves to prepare their meals. Apart from the environmental consequences, this form of cooking has a devastating toll on public health. Those who cook over charcoal, wood, or kerosene — most of whom are women and mothers like Prajakta — inhale dangerous amounts of toxic smoke. According to the World Health Organization, pollution from this type of cooking kills 4 million people every year. 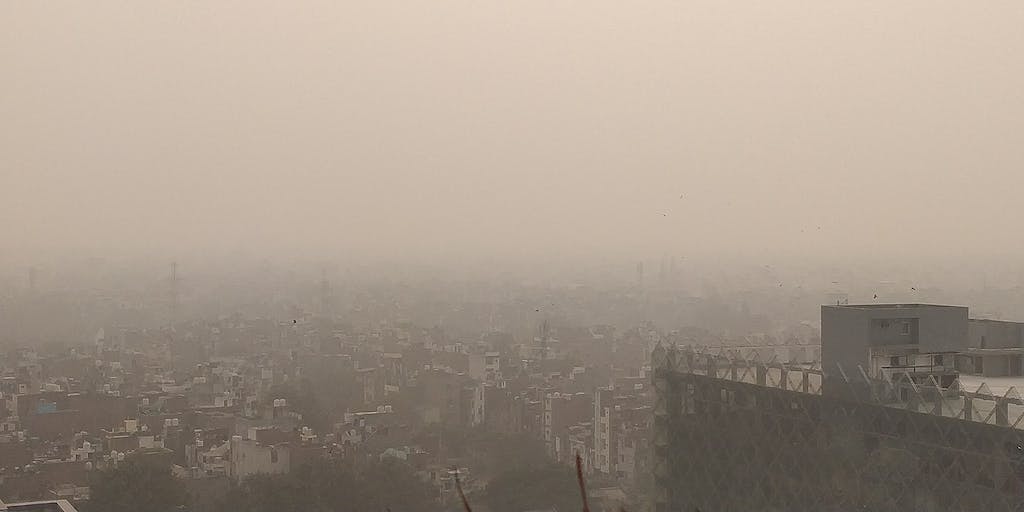 Meanwhile, centuries of unsustainable wood harvesting have degraded a massive amount of the Earth’s forests, which play a critical role in capturing carbon.

All of these factors — environmental, economic, and personal — explain why Prajakta and her neighbors decided to invest in a “biodigester,” a device that acts like a mechanical stomach by using microorganisms in a sealed container to break down food scraps, manure, and other organic materials, producing methane and carbon dioxide that can in turn be used as renewable energy and clean cooking fuel. This process also yields organic fertilizer that can be used to nourish crops.

Changing the way the world cooks is one of the best ways to tackle climate change. Energy-efficient stoves can reduce fuel use by 30% to 60%, resulting in fewer greenhouse gas and black carbon emissions, according to the Clean Cooking Alliance, a global network housed at the UN Foundation to expand access to clean cooking solutions. Scaling up clean cooking could also improve gender equality by freeing women and girls from the domestic labor that comes with tending open fires and inefficient biomass stoves. 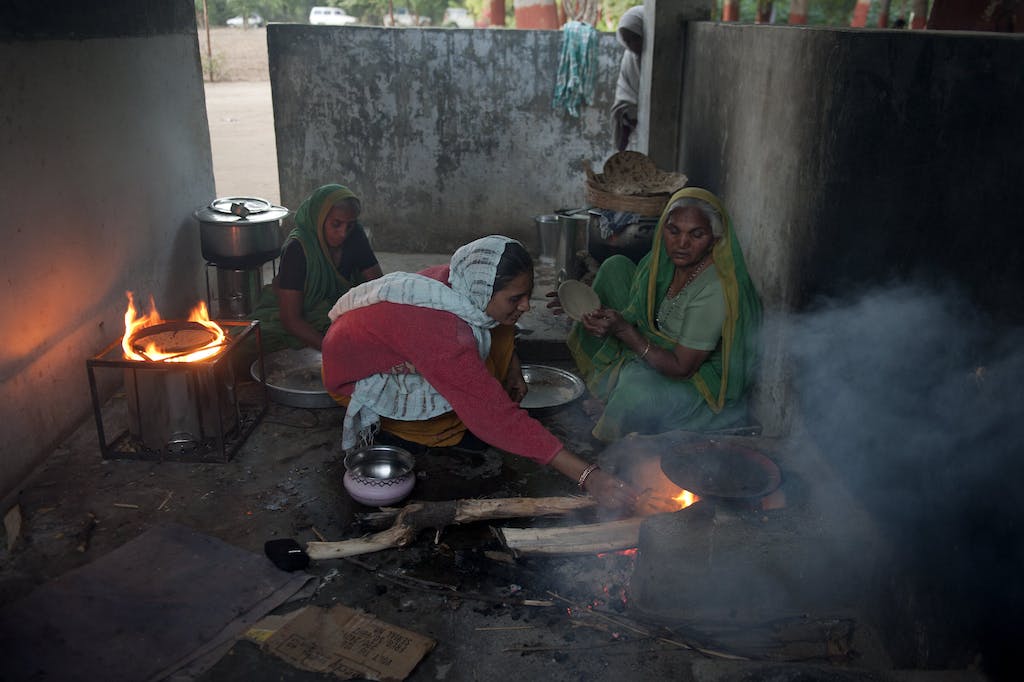 A traditional cookstove, right, produces a great deal of smoke during cooking, versus a clean cookstove, left, which is relatively smokeless. Photo: Clean Cooking Alliance

It’s why the Clean Cooking Alliance boasts a broad range of supporters, including former U.S. Secretary of State Hillary Clinton, who helped launch the organization in 2010, humanitarian chef José Andrés, and private companies such as Sistema.bio, which installed and maintains the biodigester that fuels Prajakta’s household and those of her neighbors. Through a coalition of partners from the public and private sectors, the Clean Cooking Alliance is accelerating global financing, research, and market development for the burgeoning industry.

By helping households in need switch to more modern stoves and energy sources, the Clean Cooking Alliance is improving the day-to-day lives of people like Prajakta in countless ways.

“Now I have more time to spend with her,” Prajakta says with a smile as she brushes the hair from her young daughter’s face.