Young activists are sounding the loudest alarms on the impact that climate change is having on local communities worldwide: They want action, and they want it now. In Bolivia, Young Climate Advocate Paola Flores Carvajal organizes workshops to educate Indigenous women who are living through the impact of climate change every day.

Like many other young activists, 23-year-old Bolivian Paola Flores Carvajal has had enough of vague commitments by leaders and is impatient to see tangible progress in combating climate change.

But she’s not waiting around until that progress happens on its own.

“I prefer acting rather than talking,” Paola says.

In 2019, she and a group of university friends — Areli Diaz Cabrera, Fernanda Paucara Vásquez, and Claudia Pereira Cuba — started Magnífica Warmi (“Magnificent Women” in Spanish and Quechua, an Indigenous Bolivian language) to educate rural Indigenous women about climate change. All of them were engineering students without any background in environmental studies or policy, but they all felt a deep urge to work on a project related to climate action. They also knew that they wanted their project to be centered on women, a demographic that is usually neglected in decision-making but is the central pillar of families and is raising the next generation. 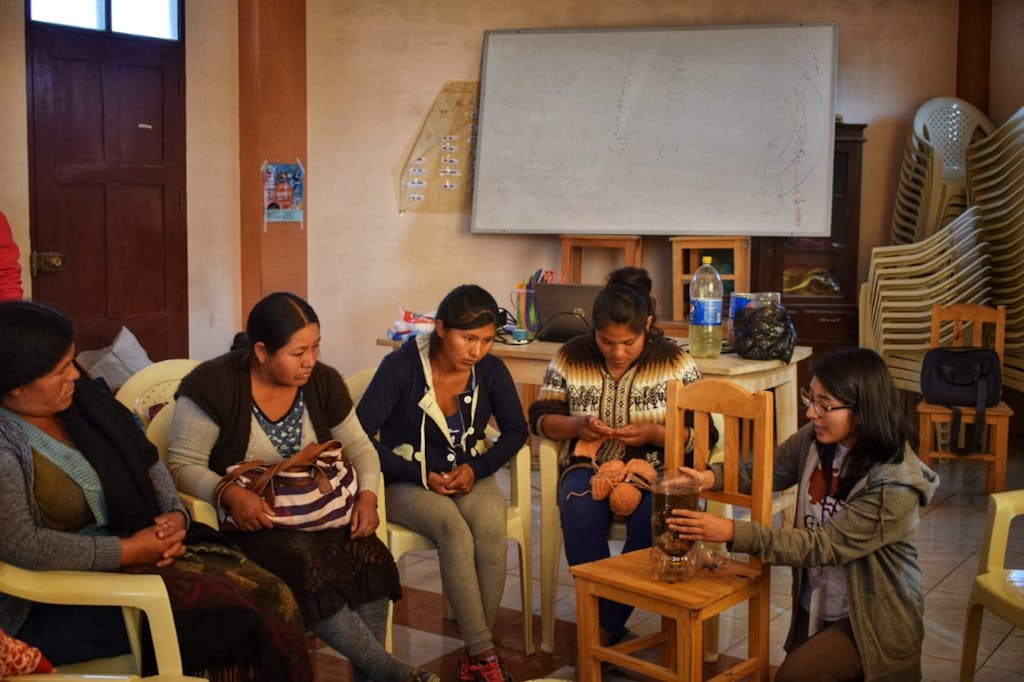 “When you see Indigenous women around the world, they are strong, they are incredible,” says Paola. “They are not afraid to say what they need to say, but they don’t have access to education.”

Limited educational opportunities means that many of these women — who are disproportionately vulnerable to climate change — lack the knowledge necessary to adapt. In addition to raising children, they are in charge of tending to crops and livestock as well as providing food for their families — all difficult tasks even before the added burden of climate change. According to one study, these duties place Indigenous women directly on the front line of increased droughts, water pollution, soil erosion, and other climate change impacts.

The Magnífica Warmi volunteers traveled to rural villages to host workshops for Indigenous mothers, teaching them about pollution, waste management, sustainable agricultural practices, and other climate-related topics. The women in these villages didn’t necessarily know the science or vocabulary to speak about climate change trends, but they could see and feel that something unnatural was happening around them and affecting their quality of life. Each had her own story to share: Some saw floods and droughts force their neighbors to move from the village to the city for better economic opportunity; others noticed they were getting sick more frequently due to the quickly shifting temperatures. Rivers were growing increasingly polluted, and air quality was worse than it had been.

The stories the women told resonated with Paola, who spent her early formative years in the same rural villages and now saw firsthand the changes in the air and rivers. She also remembers how life in these places was far from easy, further compounding the challenges of climate change. She described “how difficult the living conditions were, how we didn’t have access to electricity, to good education, or good health services. It was very unfair, to tell you the truth.” 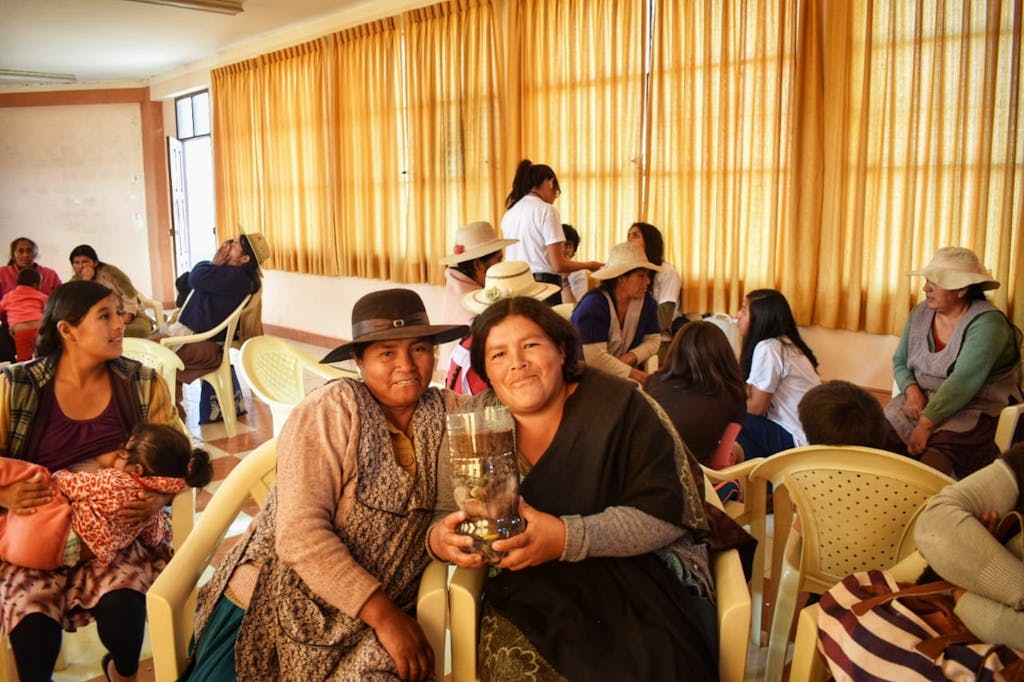 “I would like to see the president of my country or anyone else with decision-making authority come to these villages and hear these stories they’re telling about climate change,” Paola said. When the leaders hear these stories, “maybe they will get motivated to do something, but a real something — not just commitments.”

Magnífica Warmi marked the start of Paola’s path as a climate activist. When COVID-19 interrupted the group’s in-person workshops, she explored other ways to get involved in climate action and joined the United Nations Foundation’s Young Climate Advocates network, a platform of over 800 young people in more than 100 countries. The network connects youths working on similar challenges around the world and provides a space for them to exchange resources and talk about what’s working — and not working — in their home countries. Through the network’s events, Paola learned about the UN’s role in climate action and other formal mechanisms of advocacy and how young people can get involved. 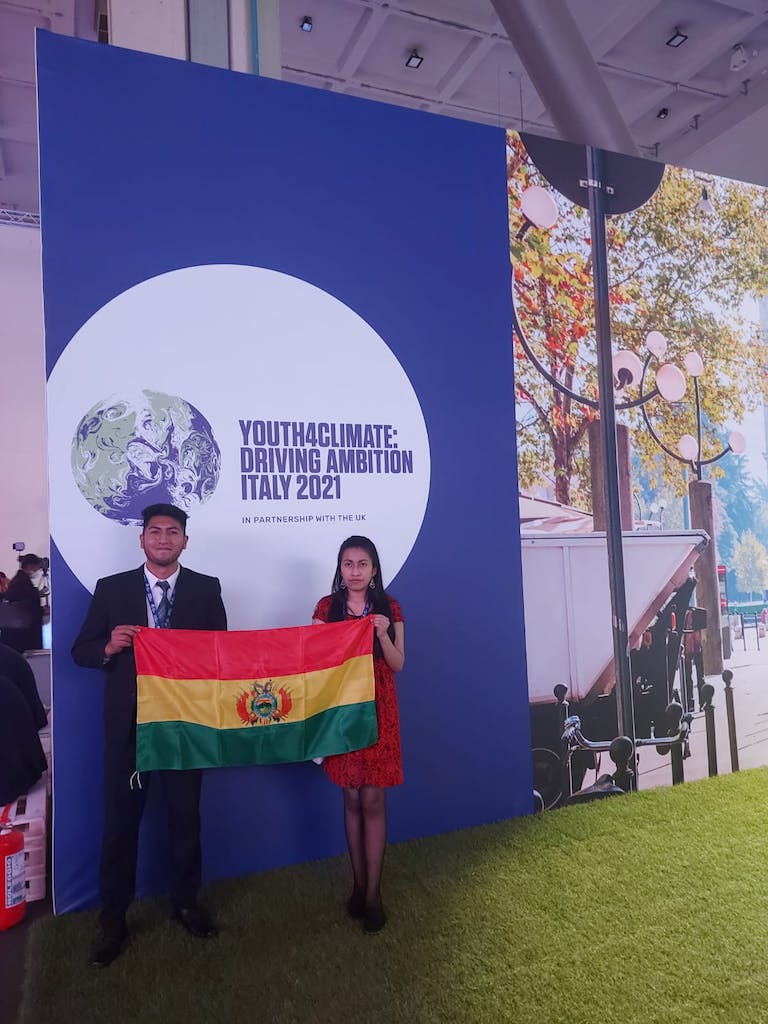 Paola heard this same sentiment from young people around the world when she recently attended Youth4Climate: Driving Ambition, a pre-COP26 youth event in Milan. She was one of two delegates from Bolivia tasked with presenting climate change proposals and solutions to policymakers ahead of the United Nations Climate Change Conference in Glasgow, Scotland.

“We are really worried,” she said. “Are governments really fulfilling their commitments, or are they saying what they need to say to calm down young people in these negotiating spaces, and then do nothing when they return home?”

Many of the women who participated in Magnífica Warmi workshops have gone on to launch their own climate action initiatives and convey their new knowledge to others in their communities. This activism is motivating Paola to stay engaged in such projects where she can directly see the impact of her efforts.

“What is amazing with climate activism is that you get up every day with hope because you are not only thinking about yourself or your future, but you are working toward the future of someone else,” she says.