David Connor is the founder of 2030hub, which was created to make cities stronger through an entrepreneurial people-centred local community and physical space to accelerate impact by reaching the furthest behind first. Photo: Antonio Franco

All eyes have been on Glasgow for COP26, but David Connor doesn’t want you to overlook the not-so-distant city of Liverpool. The founder of 2030hub — the first Local2030 Hub recognized by the United Nations and one of only seven in the world — is working to put his hometown on the map as a burgeoning capital of sustainability and climate action.

David Connor still remembers the first reaction he got from local leaders in Liverpool during the launch of 2030hub. From the back of the room, a voice shouted: “This is great, but what’s it got to do with a kebab shop in Toxteth?”

That question — shouted five years ago by a woman named Joanne Anderson, now Liverpool’s first Black mayor — has shaped how David talks about his work as founder of the 2030 hub, the first collective of its kind to localize the Sustainable Development Goals (SDGs).

It underscored his biggest challenge: figuring out a way to make the SDGs — a set of 17 global aims to protect the planet and its people — seem accessible to the average Liverpudlian. 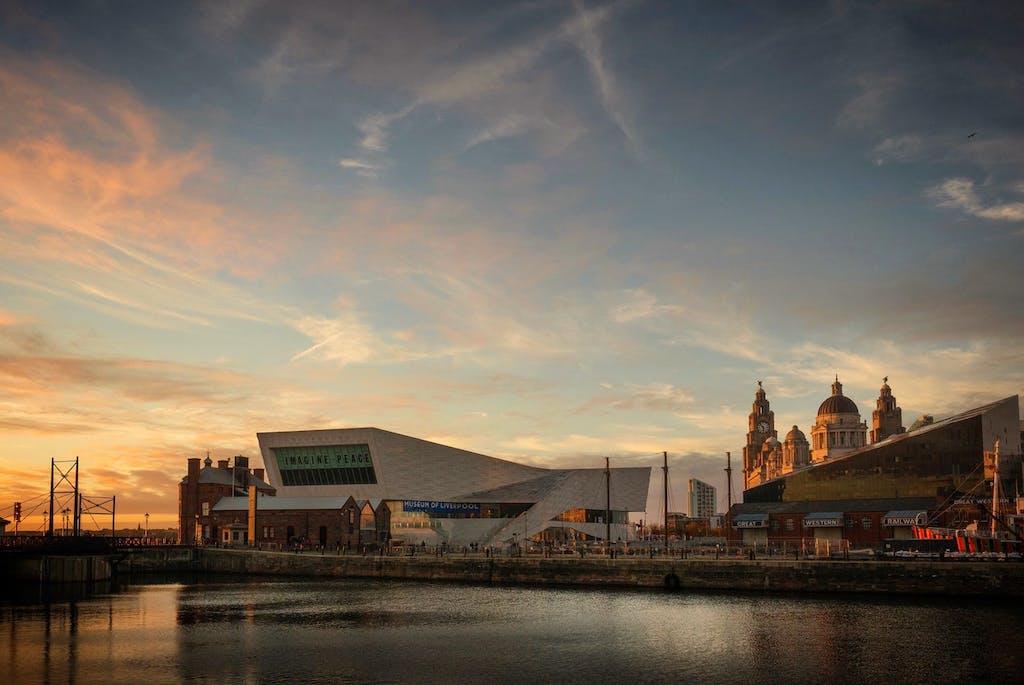 So 2030hub set out to explore takeaways and kebab shops in Toxteth, one of Liverpool’s poorest neighborhoods and home to its largest Black population. David and his team identified residents who relied on income as the shop’s employees, how many customers depended on the affordability of the shop’s prices to feed their families, and how much free food its owner gave away to the area’s unhoused and food-insecure residents instead of throwing it away, as well as which businesses were replacing single-use plastics. In other words, his case study revealed how one local business shapes its environment and economy, and how it can contribute to local food security and sustainability efforts as well.

“We have a bit of a reputation of being rebellious,” David says of his hometown in northwest England, an 800-year-old port city with a roller-coaster past: birthplace of the Beatles, home of one of the world’s most beloved football clubs and, during the Industrial Revolution, the capital of the international slave trade and the global cotton industry. At one point, Liverpool’s economy dwarfed even London’s. Heavily bombed during the Second World War, the city began to decline; by the 1970s, its manufacturing and shipping sectors shrunk by half, leaving tens of thousands of people unemployed. For a time, it ranked as one of Europe’s poorest cities.

This partly explains Liverpool’s defiant demeanor. The city has long had to stand up for itself. 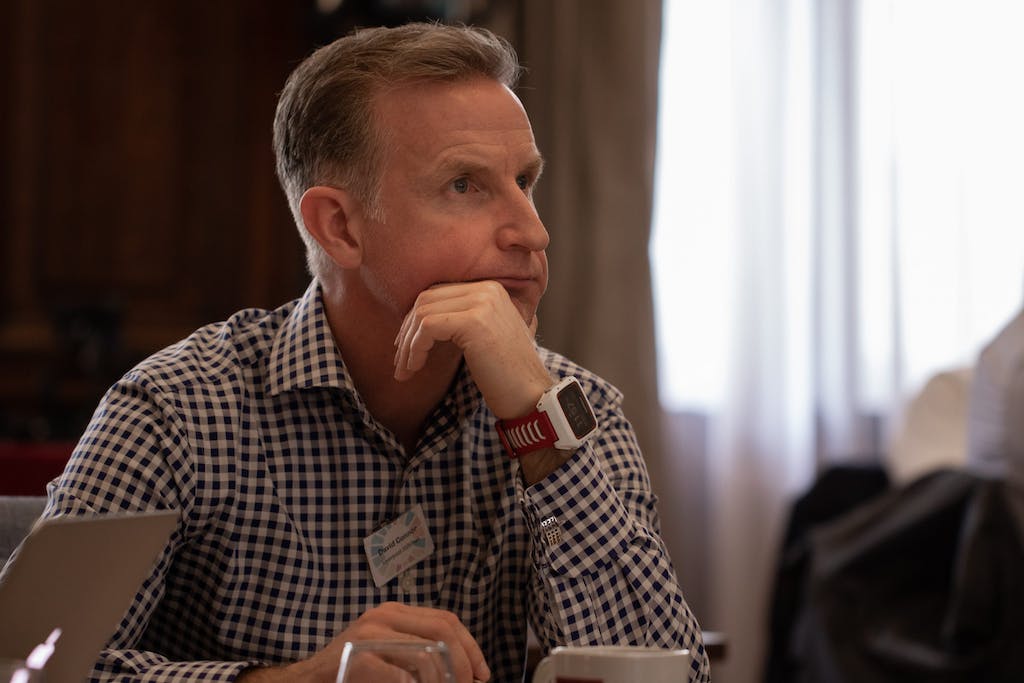 But David says by focusing on social welfare in the more traditional sense, Liverpool’s leaders have historically overlooked air quality, water quality, energy, and other environmental issues as social concerns in their own right. When he launched 2030hub, David says he met many local officials who thought the most urgent environmental problem was residents not picking up after their dogs or bins that needed emptying. Much of 2030hub’s work involves a combination of campaigning, consulting, and encouraging collaboration — especially among the city’s private sector and public officials. At the heart of the organization’s mission is spreading awareness about why the global goals matter as much in Liverpool as they do in Lagos.

“Our expertise is almost like being used-car salespeople for the SDGs,” David jokes. He’s being a bit cheeky, of course, because he knows the people of Liverpool — like Mayor Anderson — stand ready to call him out.

But when it comes to the return on investment of environmental and economic sustainability, he’s got the data to back him up. Just last month, the 2030hub unveiled Liverpool’s first SDG Data Platform, only the second in the UK. The open-source tool combines national and local data on economic, social, and environmental indicators. Created in collaboration with the UK Office for National Statistics, the platform offers an overview of the city’s progress toward the SDGs in a tangible, measurable way. One statistic David’s team found: Of the 50,000 local businesses they examined, only five were publicly stating they were working toward net-zero — balancing out new greenhouse gas emissions by removing emissions already in the atmosphere. In response, David’s team developed and launched 2030zero, a place-based, net-zero campaign that uses the SDGs to directly connect local COVID-19 recovery plans with global climate action. 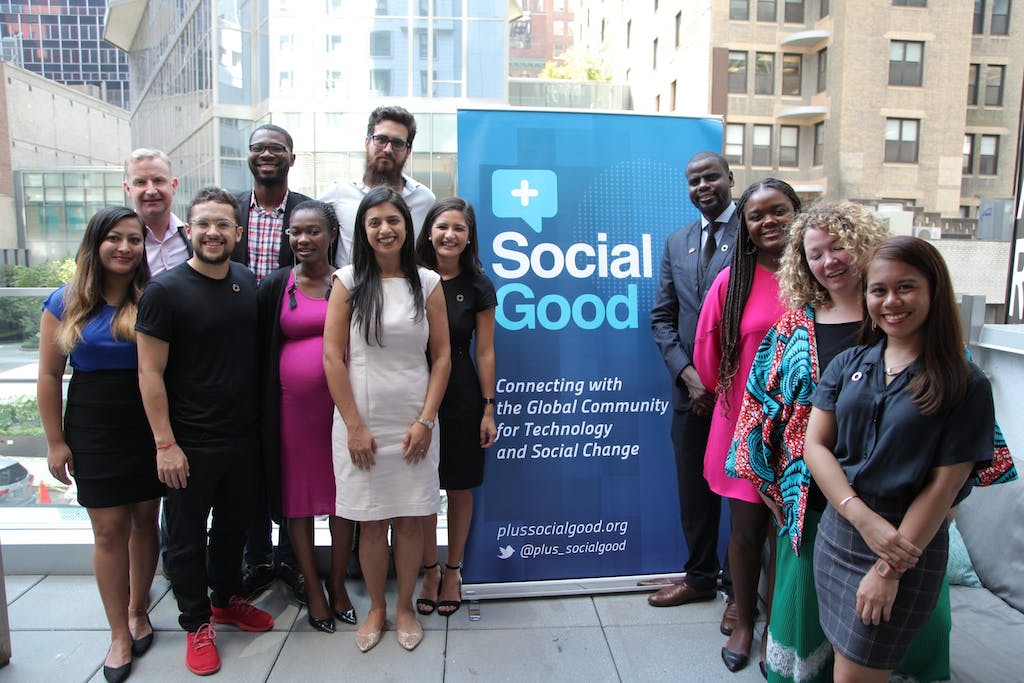 David Connor is a member of +SocialGood, an international community of changemakers convened by the UN Foundation. Photo: UN Foundation/ Mike McColpin

David says the challenge now, especially during a global pandemic, is showing city officials, city residents, and business owners alike that Liverpool’s recovery from COVID-19 and its strategy on climate change could, in many ways, be one and the same. The once-in-a-century virus — and the global disruption and devastation it has caused — has also created an opportunity to change course. Bold, innovative policies, programs, and investments could radically transform the city’s economy, society, and environment.

As part of his efforts to connect Liverpool with the global movement toward sustainability, David in 2019 joined +SocialGood, an international community of change-makers convened by the United Nations Foundation to share and support innovative solutions for social change. The experience brought him together with other activists, entrepreneurs, and advocates from Colombia, the Philippines, Qatar, Nigeria, and elsewhere. Last year, inspired in part by this coalition, he David 2030pioneers to recruit, train, and unite young people in Liverpool to help lead the charge.

Nurturing the next generation is something David is both professionally and personally invested in. At one point during our Zoom conversation, his 7-year-old son popped into the background, stealing a curious glance at the screen while vying for his father’s attention. As the dad of a school-age child, David has experienced the COVID-19 pandemic from the perspective of a parent: worrying about his son’s risk of serious infection, wondering when vaccines will be available for kids, and witnessing the toll of so much social isolation and lost schooling.

But David also knows that climate change poses a much bigger problem for his son’s future. A healthy environment underpins everything. That’s why taking climate action in our own backyards has to be the first step.

So he’s spreading the gospel of local climate action — starting in his own city.