If you’re looking for a dose of motivation, look no further. We’re launching a series about action.

2019 will be a pivotal year for advancing global progress on the Sustainable Development Goals (SDGs). From achieving zero hunger to protecting life on land, the SDGs offer a roadmap toward a more prosperous, peaceful, and healthier future.

That’s why every month, we’re going to highlight the stories of everyday individuals across the globe who are stepping up in their communities to help realize the promise of the SDGs. See their profiles here. These are today’s #ProtectorsofProgress, and they are moving the world forward even in times of division and challenge. From raising awareness about malaria solutions to harnessing the power of technology for good, learn how people just like you are making a global impact — and then join us in protecting progress.

Learn more about these inspiring global champions and how you can step up for the SDGs: 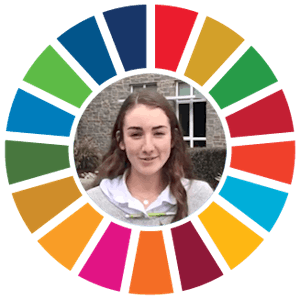 Katherine Commale was just five years old when she first learned that malaria kills, on average, one child every 30 seconds. “I thought of my baby brother, who was 3 at the time, all my kindergarten friends, and myself,” she recalled. Katherine remembers counting the seconds on her fingers and asking her mother, “Did a child just die?” That’s when her mom told her how malaria could be prevented — with a bed net. “I had $10 in my sock drawer, and I said, ‘Here, mom, send this in. That’s a few people that can sleep safe tonight.’ So that’s what started my passion for fighting malaria.”

Twelve years later, Katherine has become a dedicated champion for the UN Foundation’s Nothing But Nets campaign, which delivers lifesaving bed nets to families in need across the globe. She has personally raised hundreds of thousands of dollars for the cause, helping save thousands of lives in the process. Now a senior in high school, Katherine says she is planning to pursue her passion in global health as a biology major.

Learn how you can join Katherine and become a Nothing But Nets champion. 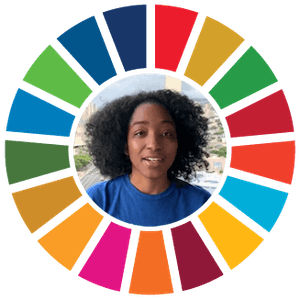 A longtime civil rights advocate, Zephanii Smith joined the NAACP as an elementary school student and became the youngest member to serve on the organization’s national board of directors at the age of 19. Since graduating from college, she has spent her professional career as a public servant, working at the state and federal government in California to address social justice and human rights issues. She’s also a member of the United Nations Association of the USA (UNA-USA), a program of the UN Foundation.

First founded in 1943, UNA-USA is a grassroots movement dedicated to maintaining America’s legacy of leadership in the UN. Last year, Zephanii joined 500 fellow UNA-USA members on Capitol Hill in Washington, D.C. to meet with U.S. lawmakers on both sides of the aisle to advocate for full U.S. funding for the UN. Together, they delivered copies of the Universal Declaration of Human Rights to all 535 House and Senate offices and hosted more than 100 events to celebrate the 70th anniversary of the Universal Declaration of Human Rights. Zephanii’s main message? “Everyone everywhere deserves access to basic human rights.”

Explore UNA-USA chapters across the U.S. and how you can get involved. 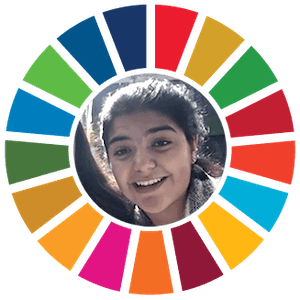 17-year-old Valeria is on a mission to show that “every girl around the world deserves the same rights and the same opportunities,” starting with her home country of Mexico. As Girl Up Monterrey’s Founding President, she leads fundraising, awareness, and service projects to help girls in her community — and around the world — gain opportunities. It is this bold leadership for equality that helped earn Girl Up Monterrey “Club of the Year,” and got Valeria a spot on Girl Up’s 2018-2019 Teen Advisory Board, along with 22 other passionate changemakers from 14 different states and four countries.

As a “by girls, for girls” movement, the UN Foundation’s Girl Up initiative helps fund and support UN agencies that focus on giving adolescent girls an equal chance at education, health, social, and economic opportunities, as well as a life free from violence. Through its successful SchoolCycle program, for example, Girl Up partners with UNFPA to provide girls with bicycles, thus enhancing their access to education. So far, they’ve raised enough funds to provide 1,550 bicycles to girls in Malawi and 250 bicycles to girls in Guatemala.

Learn more about Girl Up and how you can join Valeria and other girls in changing the world. 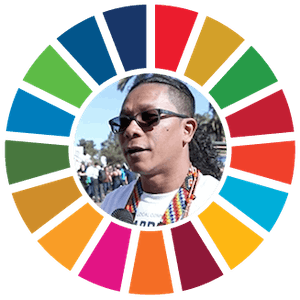 Michael, who represents Patamona Nation (an indigenous people of Guyana) and works as a Coordinator of the Indigenous Organizations of the Amazon Basin, traveled to California because he feels compelled to safeguard the lands (SDG 15) his ancestors have protected, along with their traditions and stories. He shared his story on the summit’s interactive live show, Step Up World, because he already sees the threat of climate change (SDG 13) through food security (SDG 2) in his country, saying, “We can no longer tell when it’s going to be sunny or when it’s going to be rainy. …You don’t know when to plant; you don’t know when to start farming.”

While Michael speaks out about climate impacts on frontline communities, he also raises the profile of their role in driving solutions. Passed down from generation to generation, indigenous communities have accumulated thousands of years of ancestral knowledge on protecting forests, preserving natural habitats, and farming sustainably. That’s why as, Michael explains, “It is very important that indigenous voices are heard in the climate conversation because we believe that as indigenous people that we hold the key to fighting climate change.”

Learn more about how indigenous communities, businesses, cities, and others are stepping up climate action. 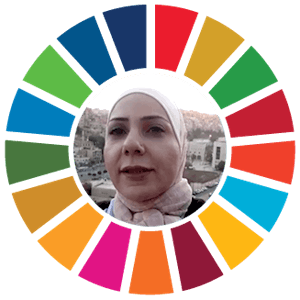 As the first female director at Jordan’s Ministry of Environment and a founding member of the country’s Green Building Council, Ruba Al-Zu’bi believes in the power of environmental sustainability across all sectors to build healthier, more prosperous communities. An environmental engineer by training, Ruba has dedicated her career to helping “mainstream” the idea of sustainability through advocacy and mentoring, especially for young women in the Middle East. She currently leads the scientific research department at Abdul Hameed Shoman Foundation, a non-profit organization in Jordan that invests in social and cultural innovation through leadership, literature, and the arts.

Ruba is also a member of the UN Foundation’s +SocialGood community, a global network of changemakers committed to engaging in local action to unlock social advancement. As she notes, “The only way to drive global progress is by harnessing the power of technology for good and sharing solutions with one another.”

Discover how you can get involved in the +Social Good community.

As these stories show, incredible work toward achieving the SDGs is already happening. But we’re not making enough progress yet, and we need all hands on deck to get there. In other words, everyone, everywhere has a role to play in supporting the UN and tackling global problems.

Check back in with us every month and follow the hashtag #ProtectorsofProgress to learn about individuals across the globe who are stepping up in their own communities to help achieve the SDGs.

Nominate a Protector of Progress

Do you know a Protector of Progress? Whether it’s a friend, family member, colleague, or someone in your community who inspires you, we want to feature their story!

Visit this page and fill in the submission form at the bottom.