Felisa Hilbert was a young nurse when she first held a dying child in her arms.

She was working at a small rural health clinic in Mexico, her native country, when a young woman arrived carrying her sick son. It had taken three hours on a bus for this mother to reach the clinic. By the time they arrived, the boy was fatally ill and beyond saving.

“His little body was lifeless when his mother gave him to me in desperation, begging me in tears to help him. It was too late. I took his dying body, held him very close to my heart, and cried. He died in my arms.”

For Felisa, it was a life-changing moment. She knew this child could have been saved. He had died of rotavirus, the most common cause of fatal diarrheal disease in infants and children worldwide — and one that can be prevented with a simple vaccine. Since then, she has dedicated her life — as a nurse, as a teacher, as a mother, as an advocate — to raising her voice and sharing her own firsthand experience that vaccines save lives.

Felisa may be small, but her voice is mighty.

She’s met with members and staffers of Congress more than 200 times to defend funding for global vaccines.

We interviewed Felisa as part of our Protectors of Progress series, which highlights the stories of everyday individuals across the globe who are stepping up in their communities to help realize the promise of the Sustainable Development Goals (SDGs), a global roadmap for the future adopted by all UN member states in 2015. While there is a lot of work to be done to achieve the SDGs, advocates like Felisa show that it’s possible to protect — and advance — progress when we take action. 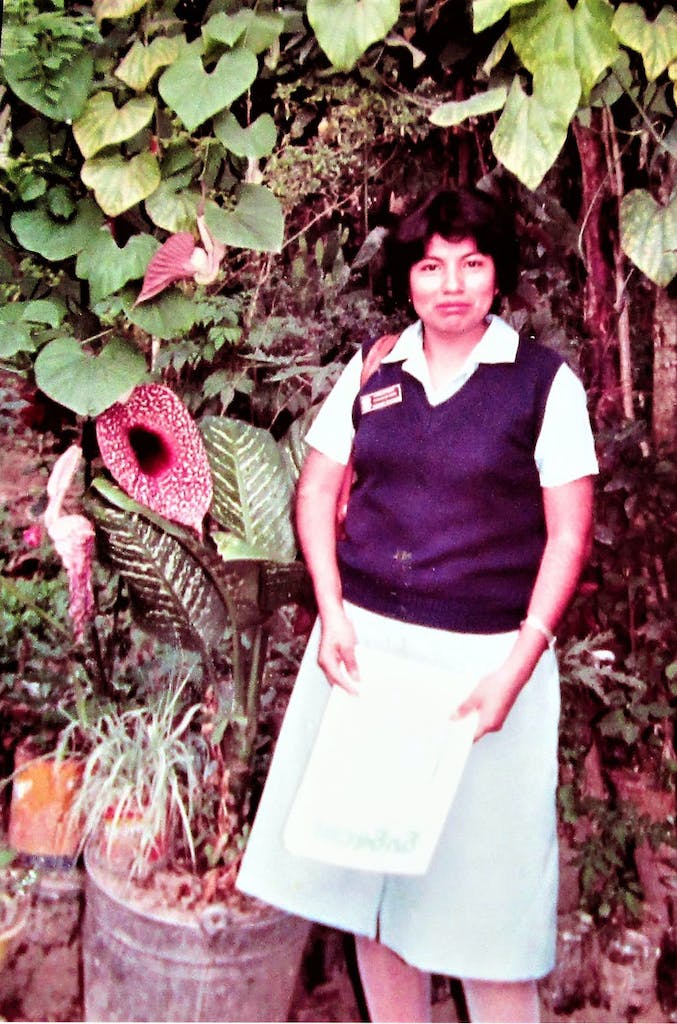 How does your work as an advocate for vaccines connect to your background?

Felisa Hilbert: I was born and raised in Mexico, then trained to work in health care as a registered nurse. I was also a teacher.

So I am very passionate about global health and preventive medicine. When you’re talking about the global development goals, I have two things that are very strong to me — education and global health.

I have always believed that we have a responsibility for the less fortunate and that one person can make a difference for many.

Why do you think that your state, Oklahoma, is seeing a growing number of unvaccinated children?

FH: People tend to forget about these diseases. In Oklahoma in 1945, we had a lot of iron lungs for polio, but people forget. I did my research on Oklahoma, and you don’t have to have a medical reason to go unvaccinated.

I am so grateful that we have many doctors who are now speaking out because they are scared that we will have an outbreak here in Oklahoma after the cases of measles in Houston.

Because if we don’t change it, we’re going to have an epidemic here in Oklahoma.

Today, Felisa is a dedicated advocate for Shot@Life, a United Nations Foundation campaign that mobilizes funding and support to provide lifesaving vaccines to protect against polio, measles, pneumonia, and rotavirus for families in need across the globe. In fact, she’s been supporting Shot@Life since the very beginning, when the campaign first launched seven years ago. At the time, she had recently received the White House Champions for Change Award for her work as a schoolteacher. It was during her visit to Washington, D.C. for the awards ceremony that she first learned about the UN Foundation and its plans to launch a grassroots campaign to support global immunization efforts.

Tell us about the work that you do as an advocate for the Shot@Life campaign.

FH: What I do — and what I have done for Shot@Life from the beginning — is go back to my community and organize events about vaccines. I talk at PTA meetings. I do fundraisers. I think I have fundraised almost $10,000 for vaccines for Shot@Life. I love it, but I think the more important thing to me is advocacy.

You have to make sure that your legislators, members of Congress, know that we need to secure the budget. Because there’s no reason for children dying from preventable diseases.

I have seen kids dying. I have met mothers who have lost three or four kids to preventable diseases. I have many stories to tell. 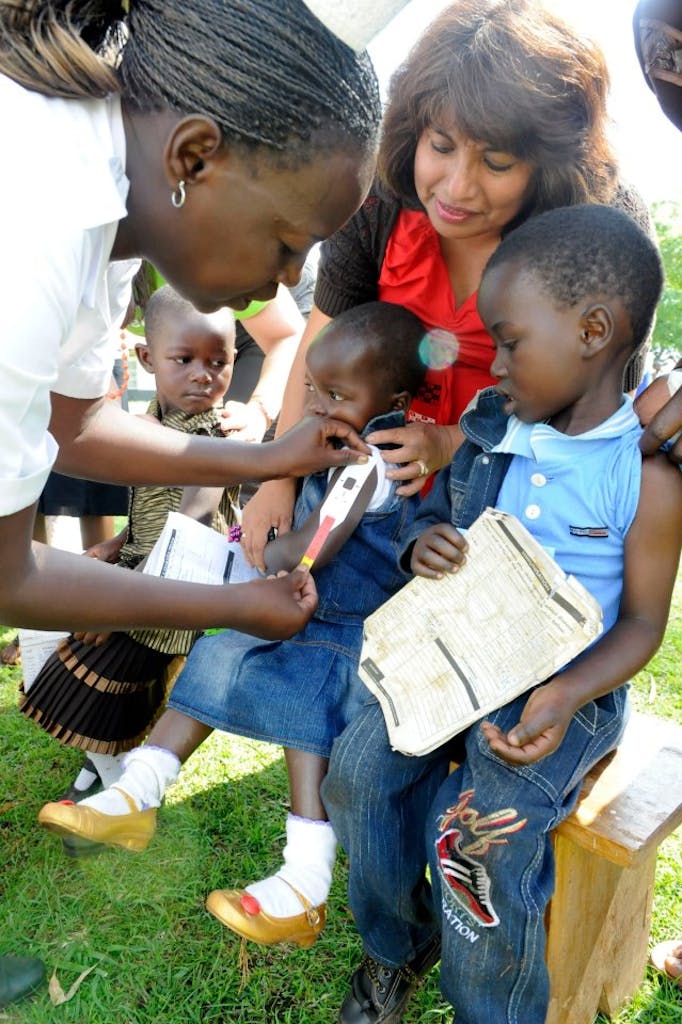 What do you think is the most effective way to change the hearts and minds of people who don’t have the facts and who don’t understand that what they think is an individual choice has a tremendous collective impact and threat to people?

FH: You cannot dismiss other people’s views. You don’t win battles like that. You just have to create more awareness and keep persisting, but you have to be respectful. You have to validate their feelings, and I think they will get it. It will only take one case of measles here in Oklahoma, and believe me, many people are going to change their minds. 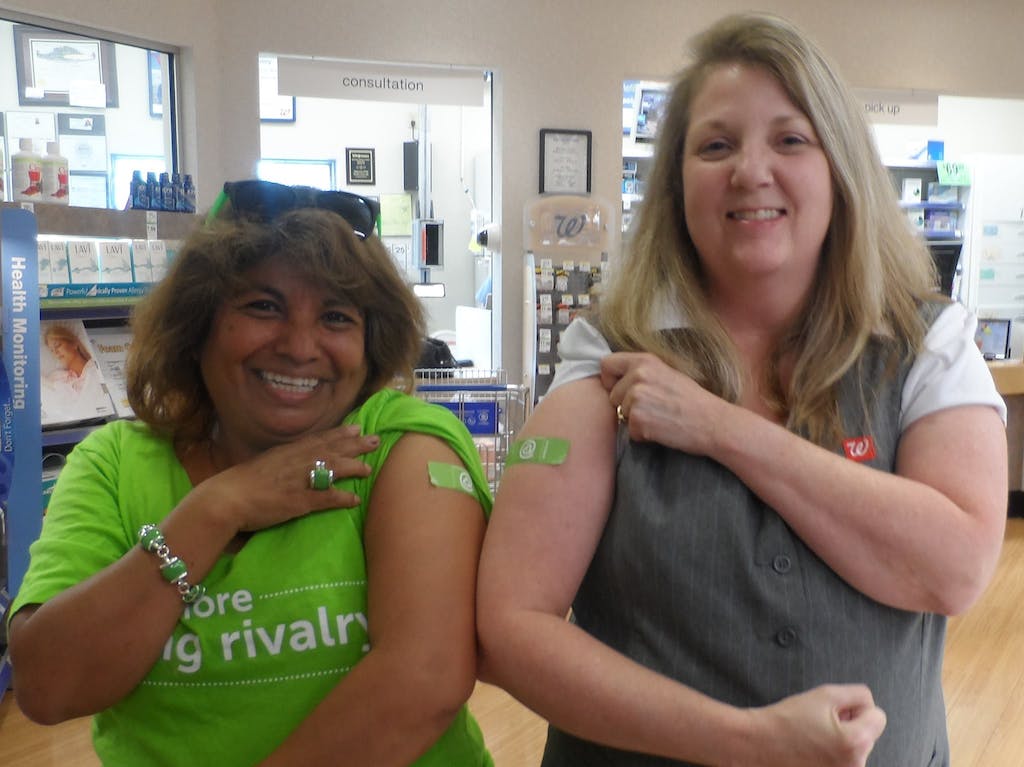 I advocate for the Walgreens “Get a Shot, Give a Shot” campaign with Shot@Life. One year I talked to the pharmacist at my local Walgreens, and I asked them, “Can you let me come here and talk about the flu season?”

I set up a booth there for Shot@Life. I realized that people can be very educated and still not know the facts because they have never seen a case firsthand.

I’ve had so many people say to me, “Oh, but that’s only happening in developing countries.” Because we take vaccines here for granted.

In 2012, Felisa traveled to Uganda with the Shot@Life team to see firsthand how organizations like UNICEF and the World Health Organization (WHO) are providing vaccines to families in remote communities that lack access to basic health care. She met one mother who told her that she tries not to get too attached to her own children.

FH: When I was in Uganda, I met this mom in one of the UNICEF clinics. And I helped to give the vaccinations. I told the mom how beautiful her baby was and the mom seemed so distant. She said, “Oh, my baby is okay.” And I said, “What do you mean? This baby is beautiful.” She says, “Yes, but I don’t want to get attached.” I said, “What do you mean? Moms are supposed to be attached, you know?” And she said, “Yeah, but three of my kids have died before they reached the age of five.” 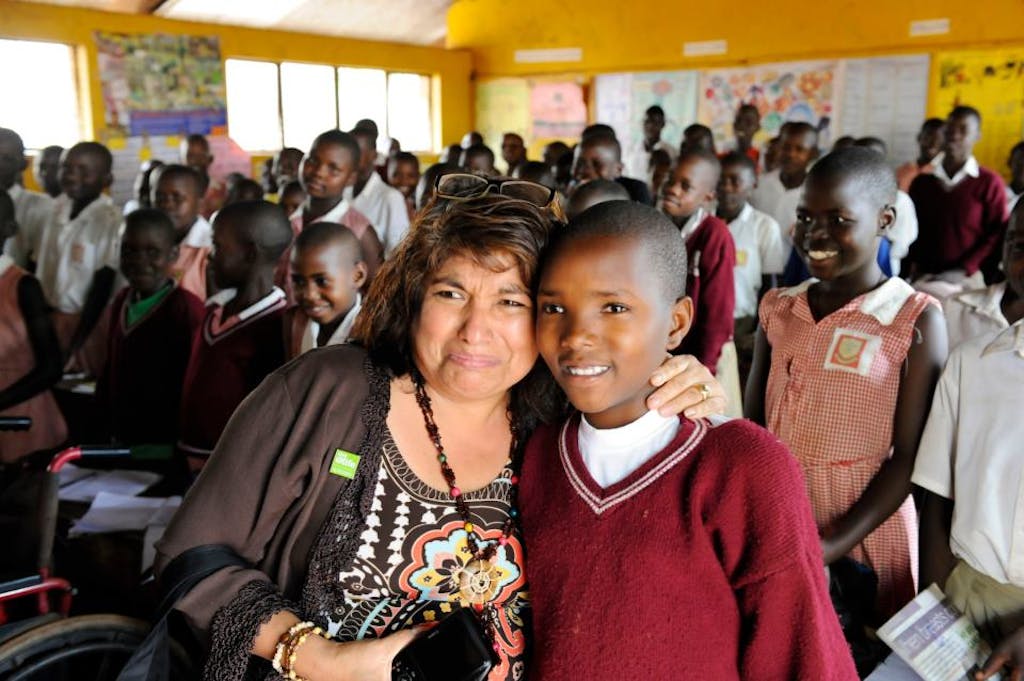 FH: I love to talk to people. I believe in multicultural inclusiveness and awareness, understanding different cultures. I always ask people, “Tell me your story. Tell me why you came here today. Why is it important for you to receive these medications?”

Because I want to bring the stories to life, and I want to share them with everybody. Stories paint the picture.

How do these stories relate to your work advocating and educating members of Congress?

FH: I was telling my Congressman recently that I’ve met moms who have walked for miles — crossing rivers and everything — to reach my clinic in Mexico. I show pictures of them standing in line, waiting to get vaccines for their children. We’re not providing food. We’re not providing water. Nobody’s complaining. They are there because they know these vaccines are going to save their kid’s life.

Sometimes I cry, I have to be honest. I am very emotional sometimes telling different stories that I have.

We’re seeing a resurgence in measles outbreaks here in the U.S. What’s it like to read about these outbreaks in states like Texas, New York and Washington?

FH: It’s terrible that we have these outbreaks, but this is an opportunity to make the case that we have to be more strict in the rules and regulations about vaccines.

I understand that we have to give freedom to people, but not in a way that is going to put the lives of other people in danger. It makes me upset because in this country we have everything right on the corner and people decided that they have the right to choose. But it’s the right thing to get vaccines.

We have to make sure that we educate these parents about the danger to their national security, to their community’s security, to their own friends’ security when their kids are not vaccinated. I think if we appeal to the human heart, we can maybe sensitize these mothers and these parents to understand. I know that they love their communities. I know that they love their children.

Why should Americans care about vaccinating children in other countries?

FH: Bacteria and viruses don’t need a passport to travel. Thinking about people traveling and living in a global society, we are very vulnerable. 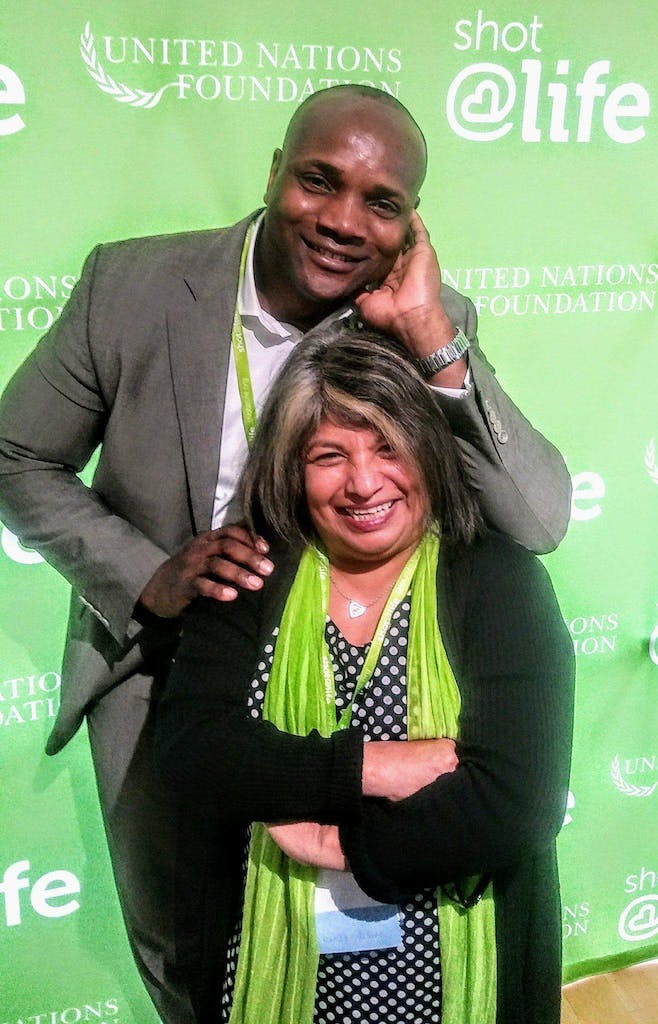 As long as I can remember, I have been advocating for human rights and the basic needs of children, youth, and women. When I moved to the United States, I became an advocate for education by teaching minority parents how to navigate the school system; creating programs and activities to enrich community lives; providing resources so immigrants and minorities can become involved in the education of their children and take ownership and pride in their communities.

I believe in this cause. I will do everything in my power to make sure no more children die for lack of vaccinations. What a marvelous opportunity for the world’s mothers to be able to see their children live and grow older! What better gift can we give to a mother than the gift of life for her children?

Inspired by Felisa’s story? Join the Shot@Life campaign and help provide access to lifesaving vaccines for families in need across the planet.

Write to your member of Congress and tell them why you support vaccines and preventing the spread of measles. Together, we can protect global health and achieve the Sustainable Development Goals.

Q&#038;A with Dr. Peter Hotez: A Vaccine Scientist and the Father of an Autistic Daughter Speaks Out