What’s really at stake if we don’t meet the Sustainable Development Goals (SDGs) by the deadline of 2030? And who will be left behind if we don’t?

As world leaders, entrepreneurs and engaged citizens gather at the UN General Assembly to tackle global challenges ranging from conflict to climate, these basic questions should be on everyone’s minds. A new report from the Brookings Institution offers insight into how all 193 UN member states are doing — and why all nations need to step up ambition.

Here’s what they discovered:

First and foremost, the authors praised the SDGs for acting as a ballast during this “turbulent period in international cooperation.” By creating a universal agenda to rally around, the SDGs offer a clear and collective purpose that unites all nations. “In just the few years since 2015, the world has come a long way in forging a more outcome-oriented shared policy agenda.”

“Our most positive finding,” the authors note, “is that the world is on course to cover more than half the distance towards the SDG targets on five indicators — child mortality, hepatitis B, malaria, access to electricity, and extreme poverty.” And that’s good news.

The authors put it bluntly: “The world is not yet on track to achieve the SDGs.” Not one country is projected to meet the global goals by 2030. In fact, some indicators like air pollution and child obesity are projected to get worse.

Yet the majority of people at risk of being left behind live in just a handful of countries. Nigeria, for example, will be home to 25% of the world’s extreme poverty by 2030 if the latest trends persist. Right now the Central African Republic, Chad, South Sudan, and Somalia are predicted to be furthest from the absolute targets.

Developing countries are not the only nations that need to accelerate progress. If business continues as usual, the U.S. will rank in the Top 5 for child obesity, lack of access to family planning, and lack of opportunity for women in public leadership by 2030.

Here’s Where It Gets Ugly

As the authors note, while each of the 17 global goals are “intentionally inspirational,” they are more than mere utopian ideals. The consequences for falling short are real and enormous.

The report finds that some 44 million lives are at stake if countries fail to make serious advancements on issues like hunger and global health over the next 12 years. Current trends predict that more than 25 million people under age 70 will die from non-communicable diseases — mainly cardiovascular disease and cancer — by 2030. Preventable causes like malaria, pneumonia, and diarrhea will kill an additional 9 million children under age five and 1 million mothers.

When it comes to basic needs like nutrition, the numbers are even higher. Without collective action, an estimated 475 million people, or 6% of the world’s population, could be living in extreme poverty in 2030.

At the same time, these numbers only tell us so much. As the report notes, there is no available data showing whether an issue is concentrated among people with disabilities, indigenous people, certain ages or ethnic groups, or particular regions. No researcher can say how many children live in extreme poverty.

But one thing is clear: Women and girls stand to lose the most. “Distressingly, measures of gender equality are nowhere near on track for full success,” the report notes. Some 850 million women — more than the number of hungry people worldwide — will suffer physical and sexual violence by 2030 without a major breakthrough.

As the authors note, the situation is far from hopeless: “Even the furthest off-track countries are making progress…They simply need faster progress.”

Their solution? Prioritizing resources for nations that are struggling the most. This paper shows just how much the fate of the SDGs matters,” the report concludes. “Nothing less than millions of lives and billions of people’s needs are at stake. 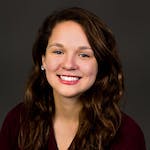