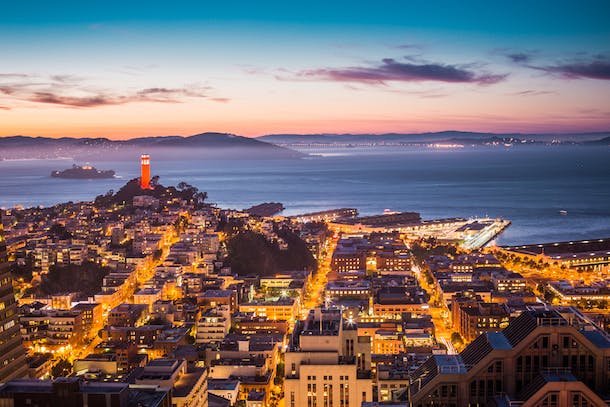 While 2017 produced new challenges for global climate action with the U.S. announcement of planned withdrawal from the Paris climate agreement, 2018 provides opportunities for exciting new players to step up as climate leaders on a local, national, and international scale.

In 2018, you’re going to hear the term ‘subnational’ thrown around a lot in the climate space. In fact, we’ll go so far as to predict it’s the word of the year on climate change.

But what does it mean? As the name suggests, subnational action happens at levels below central governments. For implementation of climate action, that means “subnationals” are states, cities, regions, investors, NGOs, faith groups, and more.

Subnational actors can be remarkably influential on global challenges like climate change. When you consider that cities, for example, consume over two-thirds of the world’s energy and account for more than 70% of global CO2 emissions, it’s no surprise that subnational actors can play a major role both in contributing to and solving global climate change. In a piece for Columbia Law School’s Sabin Center for Climate Change Law, United Nations Foundation Senior Fellow Sue Biniaz shares a checklist of ways U.S. cities and states can engage internationally on climate action.

Some of the power of subnational actors lies in their agility – subnationals can often develop and implement policies with relative speed compared to national governments. Also, subnational actors have discovered the power of partnership, both within their individual sectors – through coalitions like the U.S. Climate Alliance, a bipartisan alliance of states committed to meeting their share of the U.S. target under the Paris agreement – and united among them, through networks like “We Are Still In,” a movement of more than 2,500 leaders across different sectors, including cities, states, universities, businesses, faith organizations, and more who remain committed to the Paris Agreement. The UN Foundation adds its support to these subnational partnerships for climate action, serving as host to the U.S. Climate Alliance Secretariat; additionally, UN Foundation President & CEO Kathy Calvin is a member of the B Team, a global group of business leaders pursuing a more sustainable, inclusive world for all.

What’s in store for subnational action in 2018? Here are five moments to watch:

On January 31, more than 500 global investors representing $23 trillion in investments will meet at the United Nations for the eighth Investor Summit on Climate Risk. This event, co-hosted by Ceres and the UN Foundation, will be a chance for business, investment, and capital market leaders to discuss the immense opportunities that investments in clean energy will provide for both our planet and the bottom line. With more than one-quarter of the world’s financial assets under management represented in the room, the 2018 Investor Summit will be a powerful opportunity to catalyze future investments in climate action.

Sustainable Energy for All Forum: May 2-3, 2018 in Lisbon, Portugal

More than 750 leaders from government, business, civil society, and international organizations will meet in Lisbon, Portugal to shine a spotlight on the urgent need to bring reliable, sustainable energy to underserved populations to power communities and empower individuals while continuing to drive the global clean energy transition.

The 2018 theme, “Leaving No One Behind,” provides an opportunity for subnational actors to discuss how their work can help the world meet both our climate goals and our larger development goals for energy access, sustainability, health, the economy, and more. The UN Foundation will use the opportunity of the Forum to launch a new Distributed Energy Market Trends and Analysis report, which draws on the latest of a series of surveys the UN Foundation conducts of its Energy Access Practitioner Network to generate market intelligence about the state of the global distributed energy access sector.

Learn more about the Forum here.

The defining moment to highlight subnational climate action in 2018 will be at the Global Climate Action Summit, hosted by California Governor Jerry Brown and co-chaired by UNFCCC Executive Secretary Patricia Espinosa, the UN Secretary-General’s Special Envoy for Cities and Climate Change Michael Bloomberg, and Mahindra Group Chair Anand Mahindra. The UN Foundation is pleased to be working with California and other partners to help make it a success. Governor Brown has extended the invitation to subnational leaders from all sectors, so the Global Climate Action Summit will be a unique moment to showcase subnational creativity and innovation in driving climate action: “Come join us – entrepreneurs, singers, musicians, mathematicians, professors, students – we need people that represent the whole world because this is about the whole world and the people who live here. …It’s time to act, it’s time to join together, and that’s why at this Climate Action Summit, we’re going to get it done.”

As part of the adoption of the Paris Agreement in December 2015, the parties to the UN Framework Convention on Climate Change (UNFCCC) invited the Intergovernmental Panel on Climate Change (IPCC) to deliver a special report that would examine the impacts the world will see with 1.5 °C of warming. In 2016, the IPCC accepted the invitation and began work on this special report.

The report is the collaboration of hundreds of scientists from around the world, and will be used to help advise governments as they revise and ramp up their individual climate commitments to the Paris Agreement.

Read more about the IPCC Special Report on 1.5°C .

The 24th Conference of Parties, or COP24, is an annual international meeting hosted by the UN’s climate body, the UNFCCC. This year’s COP, however, will be the culmination of a year-long process known as the Talanoa Dialogue. The Talanoa Dialogue, which runs through 2018, will receive input from subnational actors and events, including the Global Climate Action Summit and the IPCC special report on 1.5°C of warming, during the preparatory phase. The Dialogue will conclude at COP24 as countries revise their individual Paris Agreement commitments to make them more ambitious and bring the world closer to meeting our shared climate goals.

Learn more about the Talanoa Dialogue and COP24.

While governments remain essential to fulfilling the Paris Agreement, we cannot underestimate the power that subnationals have in creating bottom-up solutions to our collective climate challenge. Here’s to a year of creative, thoughtful, urgent climate action – at every level!