World leaders are gathering in New York for the high-level week of the 73rd UN General Assembly (UNGA) — an annual moment for countries and sectors to come together and address the most urgent global issues. From tackling tuberculosis to increasing ambition on the Sustainable Development Goals to strengthening peacekeeping, there are several issues high on the agenda at this year’s General Assembly.

After years of decline, global hunger is on the rise, largely as a result of climate change and prolonged conflict in places like Syria, Yemen, and South Sudan. Forced displacement has reached a record high, plunging millions of families into poverty and peril. Meanwhile, climate change is disproportionately affecting vulnerable communities. At a time of growing instability and division, the UN offers a shared, neutral, and inclusive space to address these challenges and chart a better path forward.

In 2015, all 193 UN member states unanimously agreed on a roadmap to get there: The Sustainable Development Goals (SDGs). While there is progress, for example, in reducing under-five mortality, we’re not moving fast enough to achieve a world where no one is left behind by the year 2030. At this year’s General Assembly, leaders, experts, and activists alike will be calling for more innovation and ambition to accelerate momentum toward the global goals. In particular, there are seven issues we will be watching.

Here’s what we’re watching and why: 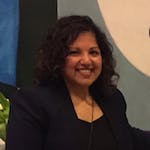 How Can We Track Progress on the SDGs? Here’s How.