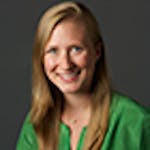 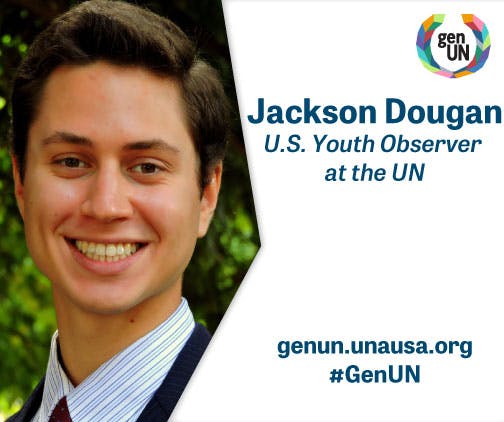 As vital stakeholders in ever-growing global challenges, youth need a strong voice at the United Nations. To help connect young Americans to the work of the UN, please join me in welcoming Jackson Dougan as the 2014-2015 U.S. Youth Observer!

A recent graduate of Oregon State University, Jackson resides in Hood River, OR, where he conducts scientific research related to climate change. He is an impassioned LGBT and minority rights activist and is dedicated to facilitating cross-cultural dialogue on human rights issues.

Jackson follows Brooke Loughrin  and Tiffany Taylor as the third person to hold this position. As the U.S. Youth Observer to the UN, he will work to elevate youth voices in the global policy dialogue during the UN General Assembly and other high-profile UN events. Jackson will facilitate a conversation among young Americans by reporting from these discussions on his blog at GenUN, UNA-USA’s youth hub. In order to help advise UNA-USA and the U.S. Department of State on potential future youth roles at the UN, Jackson will also visit college campuses and UNA-USA chapters nationwide to discover the issues most important to young Americans.

Youth participation at the United Nations is a rising priority under Secretary-General Ban Ki-Moon, who recently appointed his Envoy on Youth, Ahmed Alhendawi, to serve as a representative for young people. At last fall’s Economic and Social Council Youth Forum, he encouraged young people to work together to promote progress on shared challenges, saying, “Youth have always had ideals. The difference with all of you – the largest generation of youth in history – is that you can use social networks to demand change. You can mobilize. You can raise your voices. And you can achieve meaningful results.”

To connect with Jackson and follow his adventure as the third U.S. Youth Observer to the UN, visit http://genun.unausa.org/youth_observer.