In Case You Missed It: 3 Must-Read UN Stories

In Case You Missed It: 3 Must-Read UN Stories 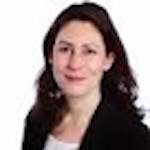 As you start your week, catch up on the important news you may have missed last week. Here are three important stories from the United Nations.

The UN has deployed its first-ever emergency health mission as part of itsefforts to bring the Ebola epidemic under control. Racing against the clock, the UN Mission for Ebola Emergency Response (UNMEER) will bring together and optimize efforts on the ground in Liberia, Sierra Leone, and Guinea to treat the infected and prevent the virus from spreading.

Meanwhile, Ebola is leaving thousands of children in West Africa without one or both parents, and many relatives shun children grieving the deaths of their parents for fear of getting infected by the virus themselves, says UNICEF. “Ebola is turning a basic human reaction like comforting a sick child into a potential death sentence,” says Regional Director for West and Central Africa, Manuel Fontaine.

Across affected West African countries, UNICEF is helping provide psychological support and care for these orphans as well as children whose parents are in quarantine.

It is a sobering record: Never before has the United Nations been asked to provide aid to so many refugees and displaced people. Right now, more than 50 million people are in need of food, shelter, and medical attention as conflicts in Syria, Iraq, Central African Republic, and South Sudan have led to devastating humanitarian crises.

The UN and the Organisation for the Prohibition of Chemical Weapons (OPCW) have concluded a joint mission to help rid Syria of its chemical stockpiles. The mission has worked in risky conditions to ship all declared chemical agents out of the conflict-torn country and destroy them. Nobel Peace Prize winner OPCW will stay put in Syria to oversee the destruction of any remaining production facilities.