The UN Foundation’s Vice President for Energy, Climate, and the Environment, Pete Ogden, unpacks how the U.S. and Japan can work together to combat climate change. This article was originally penned for the Center for Strategic and International Studies and ran ahead of Japanese Prime Minister Yoshihide Suga’s April 2021 visit to the United States.

The priorities of the United States and Japan on climate are strategically aligned and increasingly driven by the current climate crisis. When President Joe Biden and Prime Minister Yoshihide Suga meet in April, they will do so as the leaders of two countries already suffering from the impacts of climate change — which, unless global greenhouse gas (GHG) emissions are quickly reduced, will continue to multiply and escalate. In the United States, the toll of climate change is already being exacted in the form of more extreme weather events, flooding, wildfires, and more. From 2017 to 2019 alone, damages exceeded $460 billion from 44 extreme weather and climate events.

Extreme weather events have become more frequent in Japan too. In 2018, over 1,000 people died, and more than 22,000 were hospitalized after a record-breaking heat wave hit the country. Similarly, last year, unprecedented rains caused deadly floods and landslides on Kyushu. Sea level rise and coastal floods have also emerged as a significant concern, threatening around 46% of Japan’s population and 47% of its industrial output.

The damage that climate change is unleashing on the rest of the world is also intensifying, and it threatens to undo decades of development gains in which Japan and the United States have invested, fueling and fanning the forces of instability — from migration to food insecurity to the spread of disease.

Moreover, the solution to the climate crisis itself, if pursued effectively and aggressively, will advance other shared strategic priorities of the United States and Japan. One need only look to the Quad alliance’s joint leaders’ statement on March 12, in which President Biden, Prime Minister Suga, and their Indian and Australian counterparts enshrined combating climate change as a core component of their broader Indo-Pacific strategy and launched a new working group dedicated to that purpose.

The shared prioritization of China in our respective countries’ foreign policy and national security strategies both demands and provides an opportunity for more effective engagement with China on climate change. The climate crisis cannot be solved without China: It is the world’s largest GHG emitter, accounting for approximately 30% of the annual global total; it is shaping the world’s future emission trajectories through the energy and infrastructure projects it finances through its Belt and Road Initiative (BRI); and it possesses the economic and technological power to play a critical role in driving a globally sustainable, clean energy economy.

U.S. Secretary of State Antony Blinken laid out the U.S. position quite plainly: “Our relationship with China will be competitive when it should be, collaborative when it can be, and adversarial when it must be.” Prime Minister Suga has also been explicit about Japan’s interest in engaging constructively with China when it can. Climate change is an area where we all can be collaborative — and, when it comes to the economic race to capture the clean energy opportunity, it is an area where we should be economically competitive.

This seems to be the understanding of the United States. While the heated exchanges in Alaska during the first encounter between top U.S. and Chinese diplomats under the Biden administration grabbed global headlines, the quieter conversation that followed included a discussion of the climate crisis — an area where the United States has indicated it would welcome China’s cooperation. What will become of this remains to be seen, but, notably, at the first extended bilateral meeting between President Xi Jinping and President Barack Obama in Sunnylands, California, in 2013, climate was one of the few areas of concrete progress. Following that meeting, the two countries were at the center of finalizing the Paris Agreement on climate change.

For the United States and Japan, the challenge is not recognizing the strategic alignment but realizing it. There are several near-term steps that we can take to take us down this path.

First, both countries need to move quickly to establish robust GHG reduction targets for 2030 under the Paris Agreement, ideally in time for President Biden’s Leaders’ Climate Summit of the world’s major economies on April 22. Currently, of the world’s largest economies, only the European Union and the United Kingdom have established targets that put them on a trajectory consistent with the goals of the agreement as well as with their own individual commitments to achieve carbon neutrality by 2050. The United States and Japan should do the same, which would provide a boost to the Paris Agreement and demonstrate commitment to living up to our roles within multilateral agreements.

Second, the United States and Japan should cease providing public support for overseas coal projects. President Biden has committed to this, and Japan has shrunk the number of such projects in its pipeline to just three. If both countries were to take this step, South Korea, which is in a similar position to Japan, would likely be able to quickly follow suit, leaving China isolated and under intense pressure to halt its own substantial support for coal under its Belt and Road Initiative.

Third, the United States and Japan should work together to ensure that the international financial institutions in which both wield substantial influence — the World Bank, the International Monetary Fund, the Asian Development Bank — have the resources, tools, and policies to help put countries on the path of clean, sustainable economic growth rather the unstainable, high-polluting alternative pathway being offered through the BRI or elsewhere.

Taken together, these steps could form the basis of a robust new U.S.-Japan partnership that would advance multiple shared strategic priorities and serve as a cornerstone of global efforts to meet the climate crisis.

A version of this article was first published by the Center for Strategic and International Studies as a part of its Debating Japan series, and is available at this link . 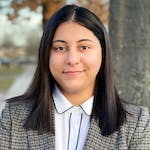