President Joe Biden’s ambitious and much-needed early commitments on climate change depend on bold action at home and working with partners on the world stage. UN Foundation Vice President for Energy, Climate, and the Environment Pete Ogden assesses what that could mean for one key ally, Japan.

President Joe Biden campaigned — and won — on the most ambitious climate agenda in U.S. history. He pledged to unleash a Clean Energy Revolution to eliminate carbon pollution from America’s power sector by 2035 and achieve full, economywide carbon neutrality by 2050. Internationally, he committed to rejoin the Paris Agreement on climate change and to restore American leadership on the issue, including by hosting a global climate change summit within his first 100 days in office.

Since his inauguration, Biden has taken early steps to set in motion work to achieve these goals and establish the fight against climate change as one of the top crosscutting priorities of his administration. He has appointed people with strong climate records to top positions across his administration, from the Secretary of the Treasury to the Secretary of Energy, and he has created a position of National Climate Advisor, who heads the first White House Office of Domestic Climate Policy. Moreover, as evidence of the President’s intention to elevate climate to a top U.S. foreign policy priority, he has appointed former U.S. Secretary of State John Kerry to be the first Special Presidential Envoy for Climate with the level of cabinet secretary and a seat on the National Security Council.

The President’s ambitions on climate are grounded in aggressive action at home and robust leadership abroad. As the Biden administration works toward these goals, there will be several key issues to watch, all of which have implications — and will present opportunities — for Japan and the broader U.S.-Japan relationship.

First, 2021 is now targeted as the year for countries to establish more ambitious national climate targets under the Paris Agreement. Biden has made clear that he intends both to set such a target for the United States and to work to ensure that other major greenhouse gas polluting countries do the same; so far only the European Union and the U.K. have done so. This will be a top priority in the runup to this year’s UN Climate Change Conference in Glasgow, to which U.K. Prime Minister Boris Johnson invited Biden in their first phone call after the election.

Japan has the opportunity to move quickly to upgrade its commitment and join forces with the Biden administration in a global diplomatic push to bring the rest of the world along. Prime Minister Yoshihide Suga’s announcement of a net-zero emission goal by 2050 is a promising step in this direction, but to show commitment and leadership, Japan should strengthen its 2030 pollution reduction target under the Paris Agreement to align with its long-term commitment. Environment Minister Shinjiro Koizumi recently proposed a goal of roughly doubling the share of renewable energy in Japan’s energy mix over the coming decade, which would be a laudable enhancement and paves the way for Japan to increasing its current 2030 targets in the Paris Agreement. Setting more ambitious goals for its building sectors, and encouraging more climate action by cities, regions, and businesses should all be part of the government’s plan for the next decade. A revised 2030 target would have far-reaching impacts and would send a clear signal to governments and markets — both in the region and globally — that Japan is fully committed to rapid decarbonization.

There is also an opportunity to use the target-setting process to explore how our respective economic recovery paths catalyze green growth. In his first policy address to the Diet, Suga underscored that “responding to climate change is no longer a constraint on economic growth” and that “carbon neutrality itself is a growth strategy.” Japan can reassert its leadership role in technology and innovation and can collaborate with the United States to accelerate the clean energy transition. Last year, the United States, Japan, and the European Union indicated their shared interest in strengthening trilateral cooperation on hydrogen and fuel cell technologies — emerging innovations that have the potential to help decarbonize heavy industry. As a front-runner in transitioning to a hydrogen society, Japan is well positioned to continue to help lead these efforts. Given Biden’s pledge to ramp up investments in clean technology and innovation, the U.S. and Japan could develop a renewed bilateral energy partnership focused on greening our energy systems, including through work on battery storage, smart grid technology, hydrogen fuel, and carbon capture and storage.

A second critical priority area for the Biden administration — and opportunity for enhanced U.S.-Japan cooperation — involves ending overseas coal financing and accelerating clean energy finance. These were stated goals during Biden’s campaign and will also be important in the U.S. relationship with China, which has poured more than $50 billion into overseas coal projects over the past 20 years through its policy banks (such as the China Development Bank and the Export-Import Bank of China) and as part of its Belt and Road Initiative.

Unfortunately, Japan has very recently approved financing for a new coal project in Viet Nam, which has thrown into question its commitment to limiting such activities, even as Biden has pledged to scale up overseas clean energy investment and to put an end to financing dirty energy abroad. If Japan were to reconsider this project or take the final step and announce a moratorium on future projects, it would align with the Biden administration, help bring South Korea along to a similar position, and leave China alone and exposed — and thus potentially more responsive to efforts to shift Belt and Road Initiative projects out of coal.

Of course, to put an end to the construction of new coal-fired power plants, the international community must present compelling and viable alternatives by helping countries identify low-carbon pathways for development as well as secure the tools and resources to follow those pathways. The recent announcements by the Philippines and Pakistan that they will cease building coal-fired power plants is an important signal that demand for new coal power is dropping.

The United States and Japan also have critical roles as bilateral and multilateral funders with precisely the countries and institutions — the World Bank, the International Monetary Fund, the Asian Development Bank, and the Green Climate Fund — that will enable developing countries to pursue sustainable economic growth that does not rely on dirty investment. UN Secretary-General António Guterres has been a powerful advocate of ending both fossil fuel subsidies and new coal power construction, and  would be a critical ally in these efforts. Moreover, the United States and Japan could work together toward this goal by leading efforts on clean and sustainable investment in the context of the G7, G20, and the OECD, where some progress has already been made to develop shared policies on the use of export credits for coal technology.

A third area to watch is how the Biden administration manages the need to develop and navigate new green rules of the road for the post-COVID-19 global economy recovery. The first movers, naturally, have gotten a head start. The European Union is actively working to develop a potential carbon border adjustment with the aim of sustaining competitiveness and discouraging industries in key sectors from relocating abroad in the context of its Green Deal drive to slash emissions over the coming decade. Beyond national-level action, state and local governments are creating preferential demand for clean investments and goods. For instance, California has enacted a Buy Clean act that prioritizes low-carbon materials for the state’s considerable public works and infrastructure projects. And the private sector is also setting its own climate targets, which will affect national-level policies. Electronics giant Sony, notably, grabbed headlines with its threat to move manufacturing outside of Japan because it was struggling to access the clean energy that customers such as Apple demand that its suppliers procure.

To manage — or rather, harness — this trend, the international community must work to realign the rules of global markets and supply chains. The United States and Japan could work together to strengthen both bilateral and multilateral efforts to adjust the trade rules governing this space — including through World Trade Organization reform or other trade arrangements.

Financial institutions have started to wake up to the vast economic risks posed by climate change, as well as to the rewards of building a more sustainable future. Japan has been among those leading the charge in adopting new financial reporting standards that reflect climate-related information. More than 200 Japanese firms have now adopted the recommendations of the Task Force on Climate-related Financial Disclosures (TCFD) — more than in any other country. Central banks, including the Bank of Japan and the Federal Reserve System, are also increasingly recognizing that climate change is a threat to financial stability. The United States and Japan are well positioned to chart a path forward to turn the global financial system green.

Biden has made abundantly clear that he intends to make combating climate change a core priority for his administration. This can be the beginning of a new era of global climate action and cooperation, and Japan is well positioned to be a powerful partner of the United States in ushering in this new era. It is an opportunity that our two countries — for the sake of our climate, our economies, and our security — cannot afford to miss.

This article first appeared in the Japanese foreign affairs journal GAIKO, and is available at this link.

TEST: Temperature Check: Climate and Environment Experts Look Ahead to 2021 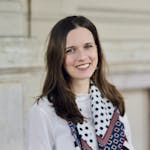