A Congolese doctor and a Yazidi survivor of ISIS captivity have been awarded the 2018 Nobel Peace Prize for their efforts to end sexual violence in conflict.

The awardees — Dr. Denis Mukwege and Nadia Murad — join luminaries like Malala Yousafzai, Kofi Annan and Martin Luther King Jr. for being recognized by the Nobel Committee for their outstanding contributions to peace.

Learn how they’re working with the UN on global efforts to stop sexual violence and trafficking.

As a gynecologist and surgeon in the Democratic Republic of Congo, a nation described by one UN official as the “rape capital of the world,” Dr. Denis Mukwege has treated tens of thousands of survivors of trauma, rape, and sexual violence at the Panzi Hospital, a treatment center the 63-year-old founded in 1999. According to NPR, the hospital’s original mission was to curb the country’s maternal mortality rates. “But our first patient did not come to deliver a baby,” he explained in a 2016 speech. “She had been raped with extreme violence.” He soon discovered that many of his female patients had been psychologically and physically scarred by sexual assault and genital mutilation. These brutal acts had become weapons of war in the DRC’s ongoing fighting.

Dr. Mukwege’s skillful surgical work and empathy for his patients earned him the nicknames “Dr. Miracle” and “The Man Who Mends Women.” In 2008, Mukwege earned the UN Prize in the Field of Human Rights for his hospital’s holistic approach to treating survivors. Treatment is based on five pillars: medical treatment, psychosocial therapy, socioeconomic support and training, community reintegration, and legal assistance. “Women have a much more powerful inner strength than those who are trying to destroy them,” he told the UN in 2016.

Nadia Murad is a human rights activist who survived three months of rape and torture by ISIS militants before escaping in 2014. The 25-year-old was among more than 6,000 women captured and enslaved in northern Iraq for being Yazidi, a Kurdish religious minority. Her mother and six brothers were executed in front of her. UN investigators later discovered mass graves across the region, saying ISIS had committed genocide against the Yazidis through systemic and sustained killings and kidnappings.

Since her escape, Murad has become a powerful advocate for victims and survivors of rape, human trafficking, and sexual slavery across the globe. In 2016, she became the UN’s first Goodwill Ambassador for the Dignity of Survivors of Human Trafficking. As a public advocate for the UN Office on Drugs and Crime, which works to end all forms of human trafficking, Murad said she represents those who survived their abuse, as well as those who didn’t: “We cannot bring them back. With them in mind — always — we fight on. We have to continue fighting.” Last year, she addressed the UN Security Council during its first-ever session on human trafficking.

How the UN is Working to End Sexual Violence in Conflict

UN Secretary-General António Guterres hailed the Nobel Committee’s selection, saying it represents “a growing movement to recognize the violence and injustice disproportionately faced by half of our population.” Last year alone, the UN Population Fund (UNFPA) estimates that more than 8,000 women were raped in the DRC by fighters from warring factions. Some experts estimate that 50 women in the DRC are raped every hour. Meanwhile, an estimated 3,000 Yazidi women remain in ISIS captivity. A new report from the Brookings Institution projects that nearly 850 million women — more than the number of hungry people worldwide — will suffer physical and sexual violence by 2030.

“In defending the victims of sexual violence in conflict, they have defended our shared values,” UN Secretary-General Antonio Guterres said about the Nobel Peace Prize winners.

Ten years ago, the Security Council unanimously condemned sexual violence as a weapon of war. In 2009, the UN Security Council established the Office on Sexual Violence in Conflict to hold perpetrators accountable, address the systemic gender inequality that drives such violence, and convert cultures of impunity into cultures of prevention and survivor-centric treatment.

“By honoring these defenders of human dignity, this prize also recognizes countless victims around the world who have too often been stigmatized, hidden, and forgotten,” Guterres said. “This is their award, too.” 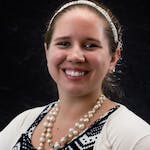