Beaten-up guns lining the wall greeted us as we entered the Munigi child solder demobilization camp in Goma, Democratic Republic of Congo. Surrendering the guns was the price of admission for kids who had freed themselves from the armed groups, which continue to terrorize civilians in the region; they can’t keep their guns in a United Nations facility designed to reintegrate child soldiers back into the community.

Talking to the teenage boys in the camp, you realize the complicated and tragic nature of the situation.

Most of the child soldiers were forcibly abducted from their homes, and some had engaged in different forms of combat and illegal activity while impressed into service by the FLDR insurgent group. But they’re still kids, and the UN is focused intently on helping them get a fresh start if they manage to escape their captors.

So we watched them Skype with relatives back home who assured them it was okay to return. We saw them catch up on their schooling and play pick-up soccer with the other guys. And we witnessed them get the basic health care services they had been denied for the many months and years they had been living in the bush. 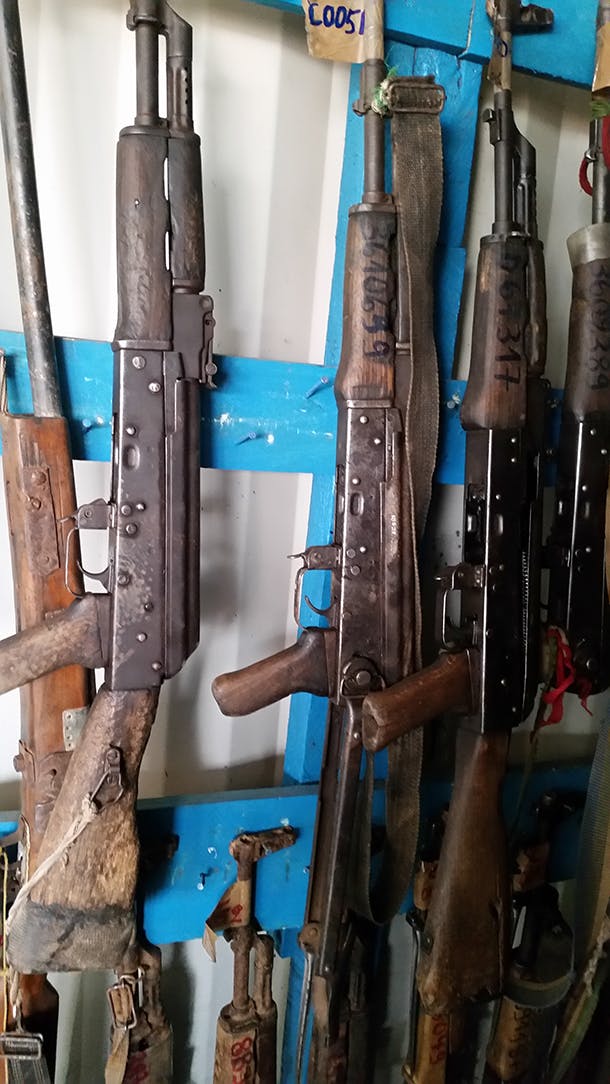 But it’s not an easy journey. UN officials told us they lack the resources to work with local communities in a meaningful way to guarantee a smooth re-entry. As a result, some of the child soldiers we met today may return, once again, to the bush for lack of any other option.

Every journey begins somewhere, and for some of the kids at Munigi, the efforts of the UN will lead to a normal life back with their families or in another community in the Democratic Republic of Congo or Rwanda.

As we were leaving Munigi, a child soldier walked into the camp, ready to surrender. He had already lived in the bush for seven years. He had a completely empty look in his eyes – I can only imagine the trauma he suffered. I hope that he’s one of the kids that makes it.