These three headlines demonstrate that the climate crisis is not just a crisis for the climate. As the latest SDG Progress Report shows, the global climate challenge threatens to unravel decades of hard-earned progress across the Sustainable Development Goals (SDGs), including global health, poverty, hunger, life on land and below water, and much more. But the relationship between climate action and the SDGs is not just one-sided, nor is it all bad news.

Progress on key SDGs is essential for reducing greenhouse gas emissions while improving our ability to adapt to the consequences we’re already facing. At the same time, the reverse is also true: Progress on climate action is essential for achieving SDGs like good health and well-being and clean water and sanitation.

That’s why it’s crucial that leaders deliver on two global blueprints for progress that were launched by the world in 2015: the Paris Agreement on climate change and the Sustainable Development Goals (SDGs), an ambitious agenda to build a better world for everyone, everywhere by eliminating social ills like poverty and hunger.

Here are nine ways progress on climate action matters for the SDGs and vice versa: 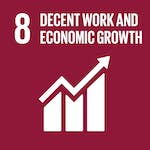 Action on climate change is a major jobs opportunity. Research from the New Climate Economy finds that bold climate action could produce some 65 million jobs by 2030 — that’s the equivalent to the current work forces of the UK and Egypt combined. And on top of that, achieving the SDGs by 2030, which includes SDG 13: Climate Action, could unleash $12 trillion in market opportunities. Of course, policies that promote a green economy must ensure a “just transition” for workers coming from less environmentally sustainable industries so that no one is left behind. 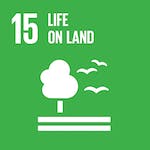 According to a 2019 report from the Intergovernmental Science-Policy Platform on Biodiversity and Ecosystem Services (IPBES), 1 million plant and animal species face extinction from human activities, including human-caused climate change. At the same time, protecting nature and biodiversity offers a powerful, nature-based approach to tackling climate change. Ecosystems like forests and wetlands are considered climate solutions because they absorb carbon from the atmosphere. It is estimated that natural climate solutions like these could provide up to one-third of the climate mitigation needed to meet the goals of the Paris Agreement. 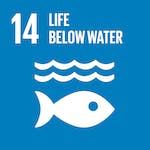 The Intergovernmental Panel on Climate Change (IPCC)’s 1.5 °C Report finds that virtually all coral reefs are projected (~99%) to be lost if the planet’s temperature reaches  2°C above pre-industrial levels. This loss would be primarily the result of ocean acidification, the process by which the ocean absorbs carbon dioxide (CO2) from the atmosphere and becomes more acidic, threatening all life below water. Ocean protection, in addition to reducing greenhouse gas emissions, is crucial to keeping marine ecosystems like coral reefs resilient. 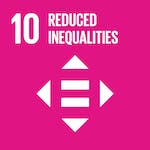 Although the poorest half of the world’s population causes just 10% of carbon dioxide emissions, developing countries will bear an estimated 75% of the costs of the climate crisis. Developed nations are the biggest consumers and the biggest polluters, and these unsustainable trends unjustly put those who are least prepared and least responsible for climate change — like low-lying island nations and indigenous communities — at grave risk. Highlights from the UN’s 2019 Human Rights Report illustrate how climate action can prevent inequalities from widening. 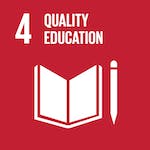 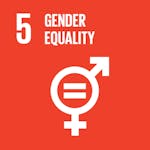 Access to education can create a life full of opportunity for girls and women, their families, and their communities. It’s also one of the most cost-effective mechanisms for reducing greenhouse gas emissions. In fact, Project Drawdown ranks educating girls as the #6 solution to climate change (out of 80!). Women with more years of education typically have fewer and healthier children, contribute more to economic growth, and are better equipped to cope with climate impacts, among other reasons. 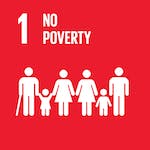 The world has made considerable progress toward achieving SDG 1: No poverty, with the proportion of people worldwide living in extreme poverty falling from 36% in 1990 to 10% in 2015. But climate change could drive more than 100 million more people into poverty by 2030, according to the World Bank. Globally, poor people are more vulnerable to extreme weather, crop losses, and health threats — risks that are worsened by climate change. To avert this future, decision makers must develop solutions that are “rapid, inclusive, and climate-informed.” That means also boosting the capacity of vulnerable communities to prepare for and cope with climate shocks, such as droughts and flooding. 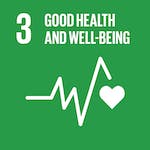 SDG 3: Good Health and Well Being

Globally, 9 out of 10 people breathe polluted air. And even worse: 7 million people worldwide die prematurely from air pollution every year, according to the World Health Organization (WHO). Much of the same pollutants causing our air pollution crisis are also causing our climate crisis. Cutting down these emissions creates a win-win scenario, as it can improve health and help solve the climate crisis at the same time. Major health threats like air pollution are one of the many reasons why WHO Director-General Dr. Tedros has called the Paris Climate Agreement “the strongest health agreement of this century.” 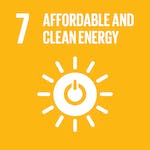 Transforming the energy sector will make or break our efforts to tackle the climate crisis. The production and use of energy is the single biggest contributor to climate change, accounting for roughly two-thirds of greenhouse gas emissions. Thankfully, clean energy sources that are better for our health and our planet are on the rise. In the past four years, more renewable energy capacity has been installed than new fossil fuel and nuclear capacity combined. 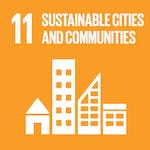 Cities are major contributors to climate change, but they’re also leading the charge on climate action. According to UN Habitat, cities produce more than 60% of global greenhouse gas emissions. Meanwhile, many cities are already facing the consequences of climate change, especially coastal cities grappling with historic sea level rise. And these climate problems will only get worse: Another 2.5 billion people will reside in urban areas by 2050. It’s no surprise then that cities have been on the cutting edge of mitigation and adaptation — more than 100 cities are already powered primarily by renewable energy.

These nine examples are just a snapshot of the many, many ways progress on climate action and the SDGs is fundamentally connected (to learn more, visit the UN Development Program’s Goals in action stories). But these examples are enough to show that implementing the Paris Agreement and the SDGs in alignment should be a top priority for leaders. We need to work together across issue areas and across sectors, and make smart decisions that will advance both the SDGs and climate action.

And this year, we have plenty of opportunities to do so, including key moments like the High-level Political Forum in July and at September’s UN General Assembly, which will include the Secretary-General’s Climate Action Summit and high-level discussions on the SDGs, financing, and other crucial topics.

Getting these global decisions right might seem daunting, but we still have a chance to achieve a better, more sustainable future that leaves no one behind – and to achieve our climate and SDG agendas, we must make decisive progress on both.

Interested in learning more about global issues? Join our community of over 1 million activists to get updates on our work, learn about solutions to advance global progress, and find out how YOU can change the world.

Do you live in the United States? Tell your members of Congress that you care about progress on the Sustainable Development Goals.

The Sustainable Development Goals in 2019: People, Planet, Prosperity in Focus