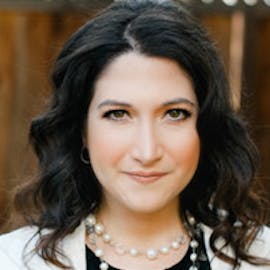 Randi Zuckerberg is the founder and creative director of Zuckerberg Media. As one of the first ten employees at Facebook, Randi created and ran the social media pioneer's marketing program. She led the companynull;s U.S. election and international politics strategy and created Facebook's livestreaming capability through media partnerships during the 2008 Presidential Inauguration. Randi was nominated for an Emmy Award in 2011 for her innovative coverage of the 2010 mid-term elections that integrated online and TV coverage in unique formats.Since starting Zuckerberg Media, she has hosted social productions and led the development of projects with BeachMint, the Clinton Global Initiative, Cirque du Soleil, The Tony Blair Faith Foundation, BRIDES magazine, and the UN Foundation. Randi has appeared on CNN, Good Morning America, the Today show, Bloomberg News, and ABC's World News. She was also a correspondent for the 2011 Golden Globe Awards and for the World Economic Forum in Davos. She regularly speaks about the future of social media at conferences worldwide. Randi was recently appointed to the World Economic Forum's Global Council on Social Media and the U.S. Broadcasting Board of Governors Commission on Innovation.Randi holds a bachelornull;s degree in psychology from Harvard University and lives in Palo Alto with her husband and son.

5 Female Leaders I Admire For Empowering Through Philanthropy