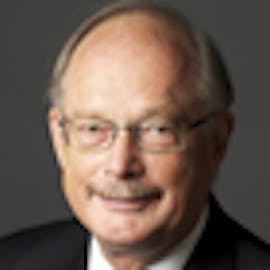 Ambassador John E. Lange (Ret.) serves as the United Nations Foundation’s Senior Fellow for Global Health Diplomacy and as the primary focal point for the UN Foundation’s global health diplomacy activities. Prior to joining the Foundation in July 2013, Lange spent four years at the Bill &amp; Melinda Gates Foundation working with African governments to improve public health. He has served as co-chair of the Global Polio Eradication Initiative’s Polio Partners Group since its launch in April 2012.Ambassador Lange had a 28-year career in the Foreign Service at the U.S. Department of State, including service as Special Representative on Avian and Pandemic Influenza; Deputy Inspector General; Deputy U.S. Global AIDS Coordinator at the inception of the President’s Emergency Plan for AIDS Relief; and Associate Dean at the Foreign Service Institute. He was Ambassador to Botswana from 1999 to 2002 and simultaneously served as Special Representative to the Southern African Development Community. Lange headed the U.S. Embassy in Dar es Salaam as Charge d'Affaires during the August 7, 1998, terrorist bombing, for which he received the State Department’s Distinguished Honor Award for skilled leadership and extraordinary courage.From 1991 to 1995 at the U.S. Mission to the UN in Geneva, Lange managed humanitarian and refugee assistance channeled through international organizations. He also had tours of duty in the State Department Bureaus of African Affairs, Western Hemisphere Affairs and Management in Washington and at U.S. Embassies in Togo, France and Mexico.Prior to joining the diplomatic service in 1981, he worked for five years at the UN Association of the USA in New York.Ambassador Lange authored a first-person account of pandemic influenza negotiations for a book of case studies in global health diplomacy. He is a member of the University of Wisconsin International Studies Advisory Board; the Advisory Board of the Global Health Diplomacy Network; the Washington Institute of Foreign Affairs; the American Society of International Law; the American Foreign Service Association; and the Advisory Council of the Foreign Service Youth Foundation.He has degrees from the National War College (M.S. in national security strategy), the University of Wisconsin Law School (J.D.) and the University of Wisconsin-Madison (B.A. in political science). He was admitted to the bar in Wisconsin (1975) and New York (1979) and has studied at The Hague Academy of International Law. He speaks English and Spanish and has limited proficiency in French.

Aligning for Impact: The Transformation of the World Health Organization