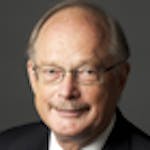 Last week, the World Health Organization (WHO) did something it has never done in the history of the global polio eradication effort – it declared polio a “public health emergency of international concern,” calling the international spread of polio in 2014 an “extraordinary event.”

Along with this announcement, WHO recommended that ten polio-affected countries, including seven that have been re-infected with the virus, either ensure or encourage the vaccination of all residents and long-term visitors with polio vaccine at least four weeks prior to leaving the country.

The news that the WHO Director-General had endorsed this advice from an expert committee came only a few weeks after a WHO body had certified the South East Asia Region polio-free, an incredible milestone in the fight to end polio. The polio-free certification of India, in particular, marked a moment to celebrate the tremendous progress that has been made – and, indeed, the progress has been remarkable. Since 1988, polio cases have fallen by over 99 percent and only three endemic countries remain (Afghanistan, Nigeria and Pakistan).

Yet, in the past year we’ve seen polio re-emerge in Syria, a country that hadn’t had a case of polio in 14 years. We’ve also seen polio spread from Cameroon to Equatorial Guinea, from Pakistan to Afghanistan, and from Syria to Iraq. Moreover, this international spread has taken place during a period that would generally be the low-transmission season for polio.

Taking into account both the progress we’ve made and the very serious challenges that have arisen in recent months, I believe this polio emergency clearly signals two things:

1) The gains we make in the fight against polio will remain fragile until we finish the job and eradicate the disease. Until then, we face the risk of polio re-emerging in places where it has long since been stopped, as we’ve seen with polio cases in Syria.

2) The world is collectively committed to ending polio. It takes immense political will for a country to agree on exceptional measures like those now recommended by WHO. The fact that these recommendations have been made at the urging of a committee comprised of representatives from more than a dozen countries, under International Health Regulations agreed to by 196 countries of the world, indicates the shared sense of duty and resolve to finish the job of eradicating polio.

“Emergency” is a serious word, and the polio situation is certainly serious. Without a concerted and coordinated global effort, we could lose some of the precious ground that we’ve gained against the disease over the past several years. But “emergency” is also a word that spurs people to act, and clearly the world is answering the call to act and committing to see polio eradication through to the end.

Editor’s Note: To learn more about the successes and challenges of eradicating polio, read this article from Chris Elias of the Bill & Melinda Gates Foundation. Join the Shot@Life community to find out how you can help put an end to vaccine-preventable diseases.