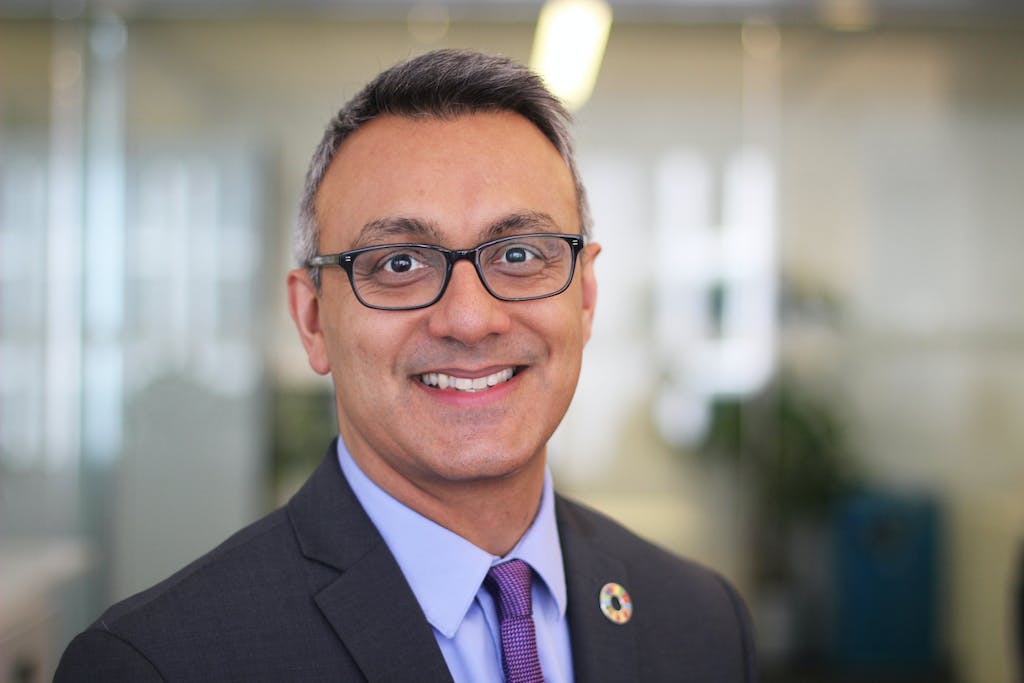 As senior advisor, Rajesh Mirchandani provides targeted strategic counsel to the Foundation’s leadership across a number of specific areas, drawing on his previous role as the Foundation’s Chief Communications Officer to do so. During his four years as Chief Communications Officer, Rajesh built and galvanized a team of skilled professionals who reshaped and reoriented the Foundation’s communications, and created major campaigns, including the COVID-19 Solidarity Response Fund which raised more than $200m in six weeks in 2020 for WHO’s global COVID response; and the signature Equal Everywhere campaign for gender equality, which reached almost 200m people in more than 100 countries. Together, the team won twelve industry awards for its work on these two campaigns.

Rajesh also consolidated the Foundation’s tone, voice, and content and oversaw a revamping of digital marketing that increased  audience engagement by 15-30% every year. He helped define the Foundation’s unique value proposition in its third decade, including through building a new website; and strengthened the working relationship with the UN’s own communications teams, ensuring the Foundation has been an invaluable partner to the UN on things like the Youth Climate Summit, the SDG Action Zone, and the Our Common Agenda project among others. Rajesh himself added a higher degree of professionalism to our major events, and over the years has also become a sought-after event moderator and host at the UN.

Previously, Rajesh spent more than 20 years in global journalism as a correspondent, news anchor and host for the BBC, across TV, radio, and online platforms, including six years in the U.S. He covered everything from the Haiti earthquake to the Oscars,   two U.S. Presidential elections to the Chilean miners’ rescue, global health security in the Horn of Africa to green energy investments in California. After leaving the BBC, Rajesh served as Vice President for Communications at the Center for Global Development, an influential economic policy think tank in Washington DC, including hosting its weekly podcast.