As this year’s UN General Assembly (UNGA) high-level week was winding down, UN Foundation President and CEO Elizabeth Cousens offered early reflections on what UNGA76 achieved in key areas like COVID-19, climate change, and cooperation. This interview with journalist Mark Goldberg was recorded for the last edition of a special UNGA series of his podcast Global Dispatches, produced in partnership with the UN Foundation. It has been edited for length. In the coming days more UN Foundation experts will offer their analyses of UNGA76.

Mark Goldberg: [UN Secretary-General António] Guterres started off the week with a real profound warning to the world that we are on the abyss and moving in the wrong direction. Did this week suggest to you one way or another that world leaders took this warning seriously?

Elizabeth Cousens: The Secretary-General has been warning for some time about the gravity of our situation, and well before the pandemic. The pandemic has just put the sharpest possible point on all those earlier warnings, and I do think we are finally seeing leaders take that seriously. In speech after speech this week we heard extremely blunt assessments, many of them in precisely the same terms as the SG, talking about our collective failure to date to act upon the very clear warnings we see around the world and the need for heightened cooperation.

We heard speech after speech sounding those themes. Equally from business leaders who were speaking in other fora throughout the week.

And it goes beyond speeches. I would point to a number of new climate commitments — [they’re] not far enough but farther than we’ve been and extremely important; important new commitments, too, at the COVID summit convened by the White House.

None of that takes away from still how far we need to go — and there are of course very real divisions and tensions in the world that are part of the story, too — but I do think this week galvanized some new commitments and momentum that we need to build on.

MG: It’s interesting, I thought much of this week, to use the UN parlance, served almost as a pre-summit to COP26 [the upcoming UN Climate Change Conference in Glasgow, Scotland].

EC: Absolutely. Look, COP is in the very near foreground as the next big test of leaders’ ability to step up in the way that all of their citizens are asking them for, that all of our children are asking us for, that business leaders are clamoring for. You know one of the announcements this week was that over 150 shipping industry leaders called for deep decarbonization of the shipping industry by 2050, and what they’re calling on is for governments to take the steps to make that happen. There’s just a new level of urgency resounding in so many quarters — again, not everywhere, but much more than ever before.

MG: So earlier in September, the SG released Our Common Agenda, a sort of blueprint for how to reinvigorate multilateralism. I know [the UN Foundation was] involved in this process. Can you explain what Our Common Agenda includes and how it might perhaps inform future UNGAs?

EC: Your listeners will certainly know that the UN turned 75 last year, and at the time world leaders signed up to something called the UN75 Declaration that names a whole set of challenges like the ones we’ve been talking about and asks the SG to report back in a year with his ideas for how to deal with them. Our Common Agenda is his report that answers that call.

He lays out three basic arenas for action. First, work [that] governments and citizens need to do to repair broken trust and inequity in their societies. You know, all of our countries are the building blocks of the world, so global cooperation only really works when we’re all in slightly better shape.

Second, work that we all need to do to deliver for young people and future generations. Half the world today is under 30. Ten billion people are expected to be born in this century still, so young people today are inheriting crises they had nothing to do with creating, and that clearly has to change.

Third, he talks about ways we need to rethink global cooperation to deal with both old and new threats. He talks about protecting our global commons, like our climate; he talks about global public goods we need to invest in, like pandemic preparedness; he calls for a new “agenda for peace” and has specific proposals for ways to better deal with future risks and threats.

He makes a very compelling case that this is all essential to be able to meet prior commitments that have been made like the Sustainable Development Goals, and all of this reflects his thinking about a new model of multilateralism that, in his words, needs to be more inclusive and more networked to meet the modern age.

I’m especially excited about the prominence the SG gives to young people. I think it’s actually a UN first that he asked young people to produce a shadow report to contribute to this thinking and also to lay out their own. That’s a report called Our Future Agenda. It’s a phenomenal piece of work produced by a group of Next Generation Fellows. We were very proud to be able to support them at the UN Foundation.

It is a really bracing new agenda. There’s a level of urgency that I’ve not seen in a UN report before in my career, and it really is calling on all of us to respond with the speed and ambition that the moment in the world requires.

MG: Your comments helped me better understand a comment that Guterres made during the Food Systems Summit. He commended the Food Systems Summit for, quote, injecting new life into multilateralism. That struck me as a very big picture thing for a Secretary-General to say at a very specific meeting on food systems, but your comments right now about Our Common Agenda give me the context to better understand what he meant by that.

EC: Well, think about who shows up at a Food Systems Summit. It’s smallholder farmers. It’s indigenous groups. It’s consumers, producers, companies, governments. It’s a reflection of the full diversity of everybody that has a stake in a food system that works. So, I think that’s part of what he had in mind, and that is at the heart of how he envisions multilateral cooperation in this very networked, super-connected, and very interdependent world we live in.

MG: On the other hand, were there perhaps events, or processes, or moments where this week fell short in your opinion of living up [to] this new kind of multilateralism?

EC: We can always use more because the world is really ferocious right now. The first and most crucial test for everyone right now is COVID. So, we did see important steps coming out of this COVID summit … that dealt with vaccines, but also a whole spectrum of measures that need to be taken, and called for time-bound commitments — a road map to meeting them. So that was a new seriousness, but of course we need more and deeper work.

We did see an important week on climate. I will say personally I was disappointed at the continuing tension [during a meeting of the Security Council] that remains about this question of climate change and security. There are still deep divisions within the Council about whether it’s appropriate to talk about security and climate change in the Council. That’s a debate we’ve just got to get past.

But overall, for me the balance sheet of the week is more positive than not because there were really concrete steps that were new on some of the most critical issues we face. The task for all of us is just to hold our leaders and representatives to the commitments they’ve made this week and beyond.

MG: How do you take that momentum that you’ve just described and build on it and as you said hold leaders to account? Is there a coming inflection point? Is there anything between now and COP26 [Nov. 1-12] that you’re looking out for?

EC: First on COVID, there was a commitment to produce a road map — let’s see what that road map is, let’s press for it to be produced quickly, and use that for our guide for continued advocacy and action.

COP26 is obviously round the corner, and we need urgent mobilization on climate. The latest UN report that totals up countries’ pledges so far shows we are on track for warming of 2.7°C, so the difference between that and the 1.5C that everyone is aiming for is not just 1.2°C — it’s an exponential change in terms of lives, economies, and extraordinary disruptions to all of our basic systems if we don’t rein it in.

I also think we need to take the outcomes of this week into our own lives, into our own politics, into our own countries, because there are all kinds of issues on our respective agendas that relate to the topics being discussed at the global level but that very much are about the choices we make right here at home and in every country around the world. There are near-term steps we can all also take as individuals, as leaders in our own communities, around exactly the imperatives that were discussed here this week. 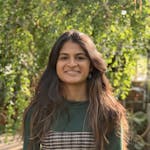