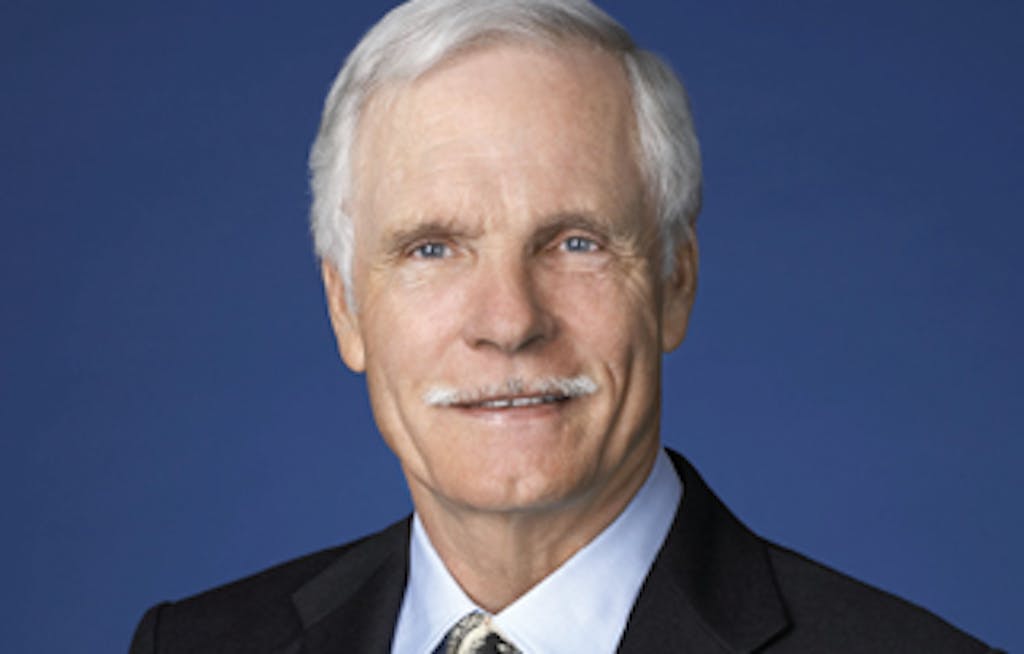 Founder and Chair of the UN Foundation Board of Directors; Chairman, Turner Enterprises; Founder, CNN

Turner has also made his mark as one of the most influential philanthropists in the U.S.

He is the Chair of the Turner Foundation, Inc., founded in 1990, which supports efforts to grow and diversify the movement to conserve land to protect and restore wildlife and biodiversity, catalyze the transition to a clean energy future, and protect and restore water resources. The Turner Endangered Species Fund is a core grantee of the Turner Foundation, which works to conserve biodiversity by emphasizing restoration efforts of endangered or imperiled species on the Turner properties.

In September 1997, Turner announced his historic pledge of up to $1 billion to United Nations causes through the creation of the United Nations Foundation (UNF). The organization supports the goals and objectives of the United Nations to promote a more peaceful, prosperous and just world. UNF has identified four core priorities: women and population; children’s health; the environment; and peace and security.

In early 2001, Turner launched the Nuclear Threat Initiative (NTI), a foundation he co-chairs with former U.S. Senator Sam Nunn. NTI is working to close the growing and increasingly dangerous gap between the threat from nuclear, chemical and biological weapons and the global response.

Turner is also chairman of Turner Enterprises, Inc., a private company which manages his business interests, land holdings and investments, including the oversight of two million acres in 11 states and in Argentina, and more than 50,000 bison head. Through Turner Enterprises, Turner manages the largest commercial bison herd in North America on 15 ranches in Kansas, Montana, Nebraska, New Mexico, Oklahoma, and South Dakota.