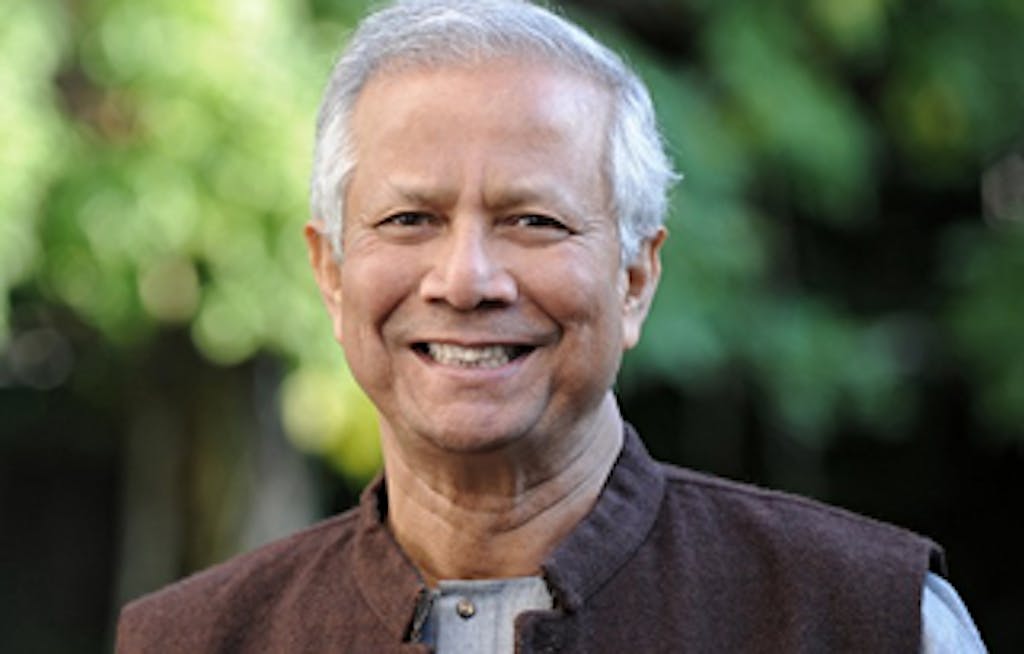 In 1974, Professor Yunus pioneered the idea of Gram Sarker (village government) as a form of local government based on the participation of rural people. This concept proved successful and was adopted by the Bangladeshi government in 1980. In 1978, he received the President’s Award for Tebhaga Khamar, a system of cooperative three-share farming, which the Bangladeshi government adopted as the Packaged Input Program in 1977. He is also noted for the creation of “micro-credit,” which provides micro loans to the poor and serves as a catalyst for improving their socio-economic conditions.

Professor Yunus has received widespread recognition for his work. He has won the Nobel Peace Prize, the Ramon Magsaysay Award from Manila, the Aga Khan Award for Architecture from Geneva, the Mohamed Shabdeen Award for Science from Sri Lanka, and the World Food Prize from the United States. Within Bangladesh, he has received the President’s Award, the Central Bank Award and the Independence Day Award, the nation’s highest honor.