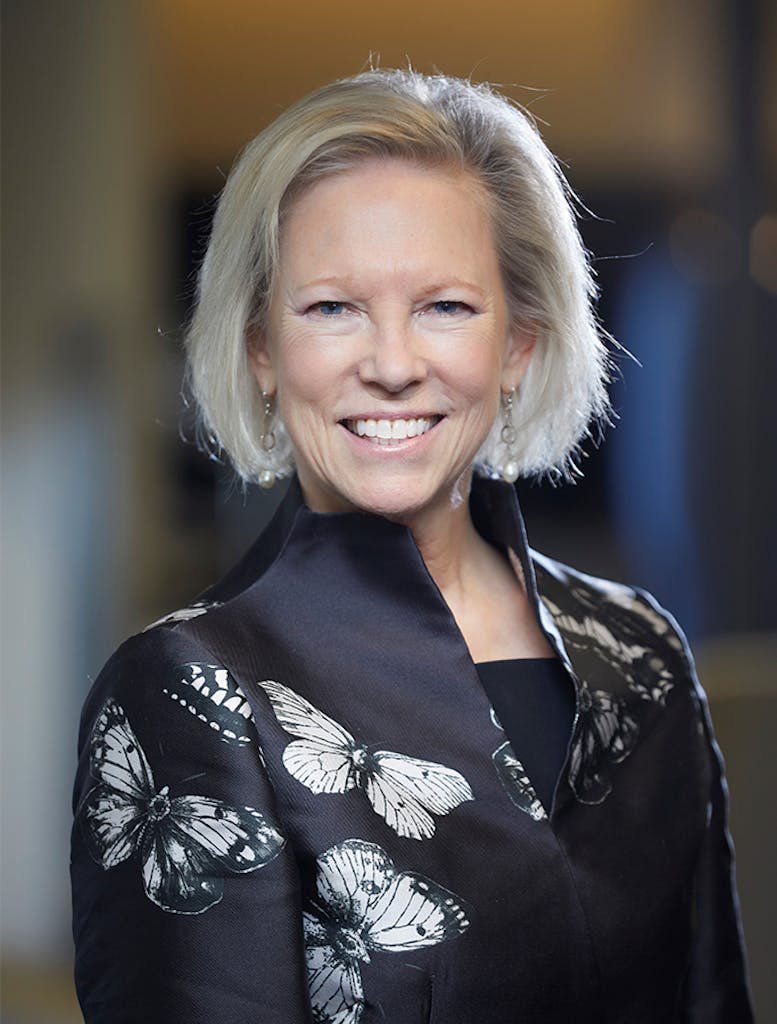 Kathy Calvin is a UN Foundation Board member and the Foundation’s former President and Chief Executive Officer. Her career has spanned work in the public, private and nonprofit sectors. She is a passionate advocate for multi-sector problem-solving, U.S. leadership on global issues, and the inclusion of women at all levels and in all sectors.

In 2011, Kathy was named one of Newsweek’s “150 Women Who Rock the World,” and in 2012, she was listed in Fast Company’s “League of Extraordinary Women.”  Her innovative work in the philanthropy and international NGO sector was featured by the New York Times in 2011.  She has received numerous other awards for philanthropy and leadership.

Prior to joining the UN Foundation as Chief Operating Officer in 2003, Kathy served as President of the AOL Time Warner Foundation where she guided AOL Time Warner’s philanthropic activities and was the chief architect of the company’s corporate responsibility initiatives. She joined America Online in 1997 as Senior Vice President and Chief Communications Officer, and was responsible for the company’s brand, social responsibility, and external relations.

Immediately prior to joining AOL, she was a Senior Managing Director at Hill and Knowlton, a global public relations company, where she led the U.S. Media Relations practice. For 12 years before that, she served as Director of Editorial Administration for U.S. News & World Report, overseeing budget, personnel, innovation and strategy.  From 1976 through 1984, Kathy served as Senator Gary Hart’s press secretary in his Senate office and his 1984 Presidential campaign.  She was one of the first women to hold that title in American Presidential campaigns.

Throughout her career, Kathy has taken an active role in a range of philanthropic activities, including serving on the B Team and Elders Advisory Council as well as the boards of the International Women’s Media Foundation, City Year, Internews, the Newseum, Share Our Strength, the United Nations Association of the United States of America, and the East-West Center. She is a frequent public speaker and commenter.

Kathy is a graduate of Purdue University.