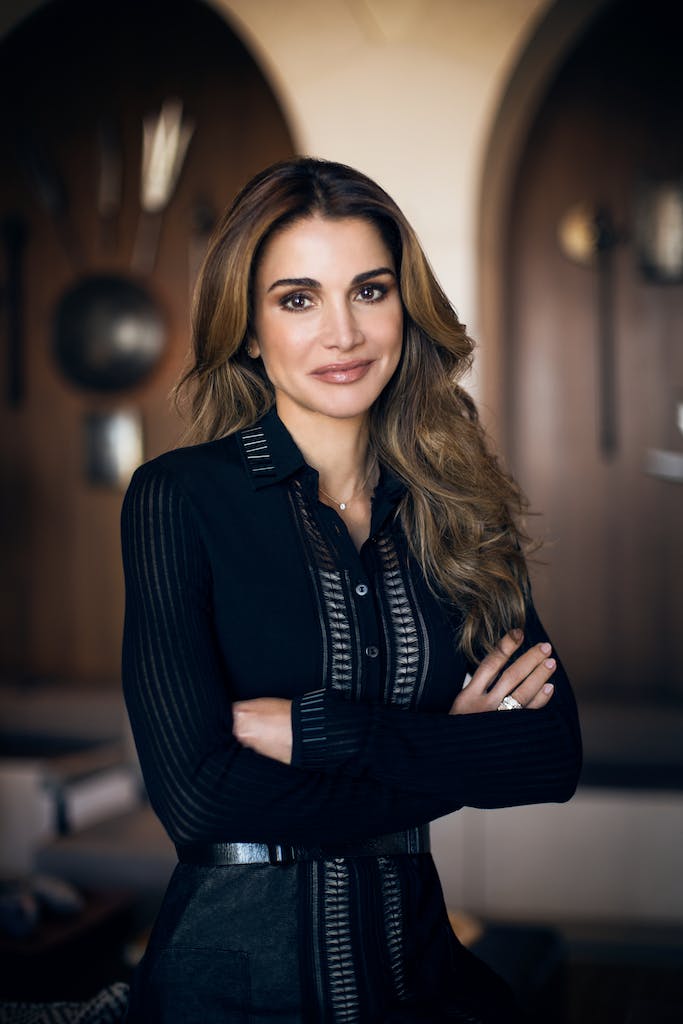 Her Majesty Queen Rania Al Abdullah is an international human rights advocate whose work focuses on education, cross-cultural dialogue, and finding innovative solutions to the world’s greatest challenges. In addition to her role as the wife of His Majesty King Abdullah II and a mother of four, Queen Rania works hard to improve the lives of Jordanians by supporting efforts to create opportunities for their advancement.

Locally, she is committed to enhancing the public education system; empowering women and their communities; improving child and family protection services; and driving innovation, technology, and entrepreneurship through society, especially amongst youth.

Her Majesty’s passion is education. She believes that every child should have access not only to stimulating classrooms and modern curricula, but inspiring teachers and technology. The Queen Rania Foundation for Education and Development (QRF) complements the work of the Jordanian Ministry of Education through initiatives such as the Queen Rania Teacher Academy, Edraak, Madrasati, Al-Aman Fund for the Future of Orphans, and others.

Queen Rania is also a global voice for access to quality education for children around the world. In 2009, Her Majesty championed the 1 Goal campaign for education; she also served as a Global Honorary Chair of the UN Girl’s Education Initiative.

Additionally, Her Majesty is a passionate advocate for refugee rights around the world, consistently highlighting the needs and aspirations of one of the world’s most vulnerable populations. She has taken part in numerous related global conferences and summits, including co-chairing a roundtable at the 2016 UN Summit on Refugees and Migrants, and has visited refugee camps in Jordan, Greece, and Bangladesh.

In addition to her role with the United Nations Foundations, Her Majesty is a member of the World Economic Forum’s Board of Trustees and the International Rescue Committee’s Board of Overseers. She is UNICEF’s first Eminent Advocate for Children; and she was on the UN-appointed High-Level Panel that advised on the shape and content of the Sustainable Development Goals.

In recognition of her work, Her Majesty has received many global and regional awards. These include the Foreign Press Association’s Humanitarian Award; the World Childhood Award; the Atlantic Council Global Citizen Award; the Vital Voices Global Trailblazer Award; the Arab Social Media Influencers Summit’s Influential Personality of the Year Award; as well as the YouTube Visionary Award.