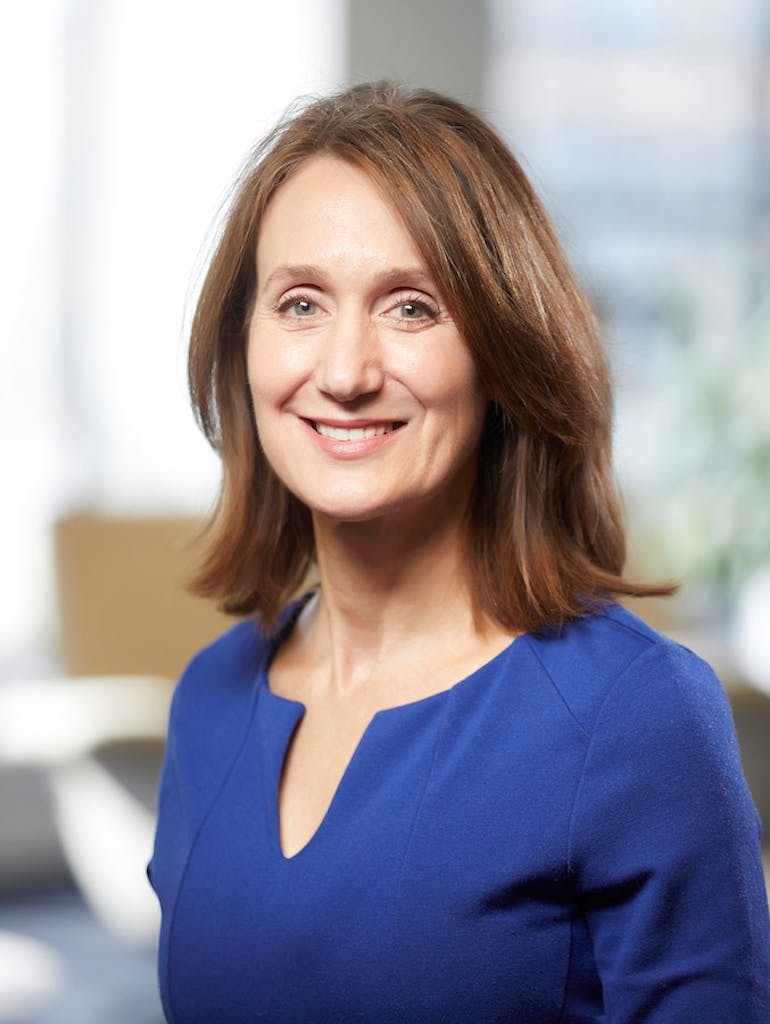 Elizabeth Cousens became the UN Foundation’s third President and Chief Executive Officer in 2020, leading the Foundation’s next generation of work to support the United Nations.

Elizabeth has been at the forefront of global policymaking and innovation for over 20 years. She is a diplomat and thought leader who has worked on the frontlines of peace processes, played an influential role in UN policy innovations from peacebuilding to the Sustainable Development Goals, and helped build public-private partnerships to solve global challenges at scale.

Elizabeth has lived around the world, serving with UN missions in Nepal and the Middle East, and working as an analyst in conflict zones, including Bosnia and Haiti. She was previously Director of Strategy for the HD Centre for Humanitarian Dialogue which promotes and conducts mediation of armed conflict; Vice President of the International Peace Institute, where she led initiatives on global crisis management and UN reform; and Director of the Conflict Prevention and Peace Forum, a research group that provides country and regional expertise to the UN on conflict and crisis situations.

Prior to becoming President and CEO, Elizabeth served as Deputy CEO where she oversaw the Foundation’s policy, advocacy, and communications work.

She and her husband have one child.