Words to Give By: 5 Favorite Quotes on Giving

Words to Give By: 5 Favorite Quotes on Giving 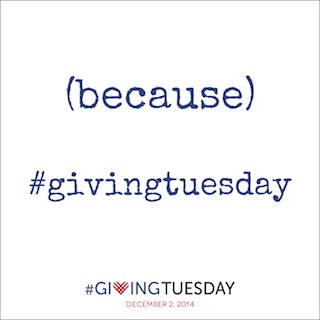 #GivingTuesday is around the corner on December 2, and to get inspired, we created a list of five of our favorite quotes from leaders and supporters of the United Nations on giving and how individuals can make a difference.

1. “Donations of time or money; volunteer engagement in one’s own community or on the other side of the world; acts of caring and kindness with no thought of recompense; these and other expressions of global solidarity help us in our shared quest to live together in harmony and build a peaceful future for all.” – United Nations Secretary-General Ban Ki-moon

2. “You do not have to be a world leader – or even a billionaire – to make an impact. If we are going to turn things around, we all need to do our part to make it happen. Change starts with you.” – United Nations Foundation Founder and Chairman Ted Turner (Tweet this)

3. “Surely, in the light of history, it is more intelligent to hope rather than to fear, to try rather than not to try. For one thing we know beyond all doubt: Nothing has ever been achieved by the person who says, ‘It can’t be done.’” – First Lady Eleanor Roosevelt, part of the first American delegation to the United Nations (Tweet this)

4. “Nobody can do everything but everybody can do something.” – Saying often quoted by United Nations Deputy Secretary-General Jan Eliasson (Tweet this)

5. “One thing I believe profoundly: We make our own history. The course of history is directed by the choices we make and our choices grow out of the ideas, the beliefs, the values, the dreams of the people. It is not so much the powerful leaders that determine our destiny as the much more powerful influence of the combined voices of the people themselves.” – First Lady Eleanor Roosevelt, part of the first American delegation to the United Nations (Tweet this)