In the summer of 1964, as a graduate student at Duke University, I received an invitation to join a scientific team aboard the National Science Foundation’s research vessel, Anton Bruun, for a six-week voyage to the Indian Ocean. I said yes and it turned out to change my life forever. An article about the voyage in the Mombasa Daily Times was headlined,“Sylvia sails away with 70 men – but she expects no problems.”

The only serious problems I experienced were shared by all of my shipmates – problems that were to be expected when exploring the depths of the sea by blindly sampling the life below using hooks and nets. We had scuba gear that made it possible to dive and document marine life that no one had ever seen before in undisturbed environments. We also had a healthy sense of humor, and I asked for no special favors as a woman. The expedition was a joy. 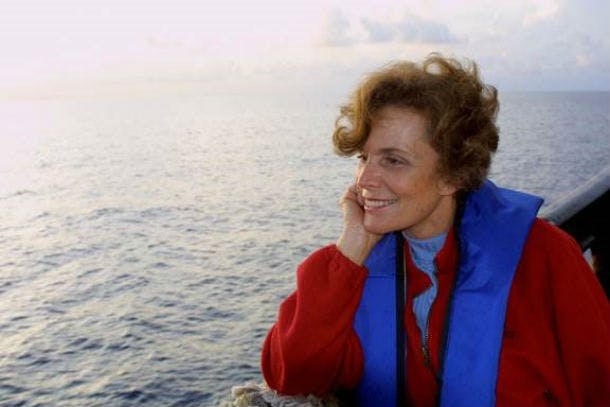 Between 1964 and 1966 I spent a lot of time at sea. I went on expeditions to the Galápagos Islands, to San Felix, to the Juan Fernández Islands, Panama, and the Gulf of Mexico (just to name a few). I began to develop a network of colleagues and friends, and I gained professional acceptance that was beyond anything I’d ever experienced before. My husband – a fellow marine scientist – and my parents made it possible for me to be away from home by taking care of my two young children, but the marriage of nine years did not last.

When I was a girl, many opportunities didn’t exist for women in positions of leadership. You could be a nurse, not a doctor; a secretary, not a CEO; or an airline stewardess, not a pilot. Social traditions cast men as “bread-winners” and women as “home-bodies.” Traditions born of women with responsibilities as mothers and homemakers have created social pressures that often override common sense – competence, intelligence, and physical strength are, of course, not the issues.

When I began exploring the ocean, it was thought that the ocean was too big to fail, no matter what we dumped into it or what we extracted. Now we know. The ocean is the cornerstone of life, shaping climate and planetary chemistry and governing Earth’s life support system – and it’s in trouble. Coral reefs,sea grass meadows, kelp forests, numerous kinds of fish, and other marine life, even phytoplankton that generates most of the oxygen in the atmosphere, are in sharp decline. 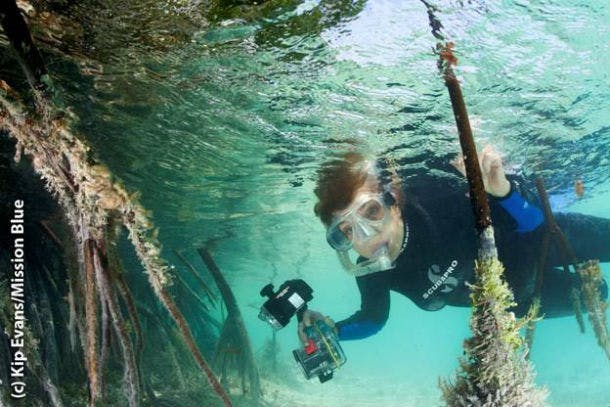 Never before has there been a time of greater opportunity, or need, for women in science, business, government, technology, engineering, art, and math. Women are needed to help solve the biggest problem of all for the ocean and for the world: ignorance.

Fifty years into the future, it will be too late to do what is possible right now. We must all work together – women and men – to explore and care for the ocean as if our very lives depend on it, because they do. Regardless of gender, if you like to breathe, you should listen up.

National Geographic Society Explorer-in-Residence and UNEP Champion of the Earth Dr. Sylvia Earle, called a Living Legend by the Library of Congress, first Hero for the Planet by Time Magazine, and 2014 Woman of the Year by Glamour, is an oceanographer, explorer, author and lecturer who has led over 100 expeditions and logged over 7,000 hours underwater. Dr. Earle is founder of the Sylvia Earle Alliance / Mission Blue, a TED Prize winner and the subject of the Emmy® Award Winning Netflix documentary, Mission Blue.