Why We Need to “Leave No One Behind”

Why We Need to “Leave No One Behind” 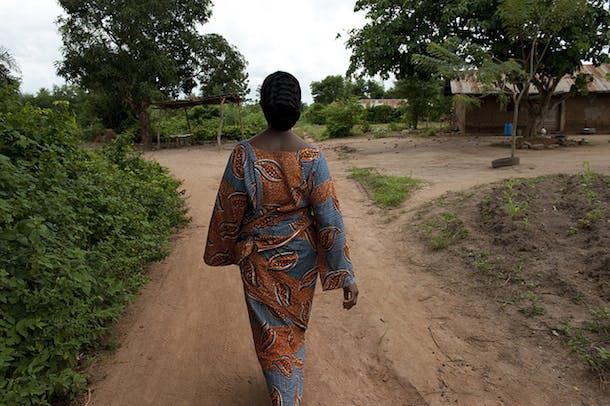 “Leaving no one behind” has become a buzz phrase in New York, and around the world, as part of the post-2015 negotiating process to develop the next global agenda for 2016-2030. But what does the phrase “leave no one behind” mean, and why does it matter?

At an event at the United Nations last week organized by the Dutch, Tanzanian, and Mexican missions, the Overseas Development Institute (ODI), and the UN Foundation, I spoke about “leaving no one behind” in the next development agenda. Meetings such as these are very important for catalyzing debate, seeding concrete ideas for the post-2015 process, and building support among UN member states and civil society groups. Ideas that don’t have proactive supporters usually do not make the final cut in international negotiations, so this outreach process is vital.

The post-2015 process aims to define the next development agenda, following the conclusion later this year of the Millennium Development Goals (MDGs) – eight goals created by world leaders and the UN in 2000. The MDGs were, in some cases, very successful. For instance, between 1999 and 2011, the number of children out of school was halved. However, this success has mostly been among the relatively better off. The poorest and the most marginalized, be that because of gender, age, or ethnicity for example, have not made the same amount of progress.

The latest education monitoring report from UNESCO shows that two-thirds of illiterate people are women and that only 20% of the poorest countries have the same number of girls completing school as boys. It also shows what happens when people are doubly (or even triply) marginalized: The richest boys in Sub-Saharan Africa will all complete primary school by 2021, but for poor girls that date is 2086 – an extraordinary 67 years later.

In the post-2015 process, there is broad agreement that progress is needed for everyone, hence the phrase “leave no one behind.” But while that’s laudable, there has been very little debate about exactly how we should do it. During last week’s meeting at the UN, I explained that there are a couple of concrete steps that governments can do to ensure that it doesn’t remain just a buzz phrase.

First, we need to find out who the marginalized are, where they live, and what is needed to improve lives. That means each country needs to identify their marginalized groups. Although there will be some common groups in every country, different social and political contexts produce different discriminations. Identifying marginalized groups needs to be done carefully as some groups could face dangerous consequences if identification is done without the international community spotlighting abuses, for instance.

Second, as marginalized groups are often difficult to locate and identify, huge data gaps often exist. People suffering from multiple disadvantages may not be captured by standard statistical methods. Governments need to commit to counting everyone and publishing that data in an open format.

These two ideas don’t give all the answers, but they both would be important steps forward in making sure that development is for all, not just the more fortunate.