Why the Girls Count Act Matters

Why the Girls Count Act Matters 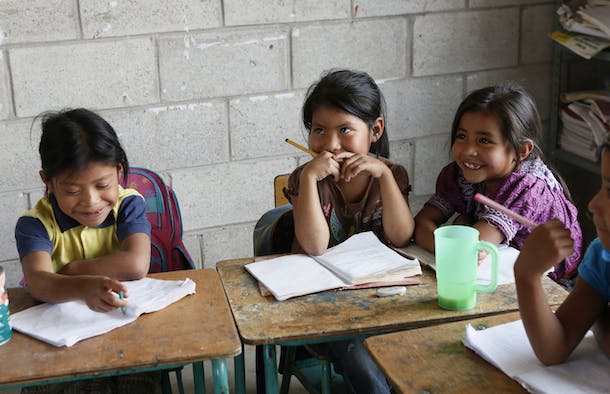 A few months ago at a college interview panel, a human rights professor asked me, “What do you think is the most important issue facing women and girls in developing countries today?”

I knew what the answer was supposed to be: access to education. It’s always education. Educated girls get married later and raise fewer, similarly education children, thereby breaking the cycle of poverty and discrimination. But with this in mind, I answered, “birth registration.” Because before girls can go to school, their existence needs to be recognized by their governments.

According to UNICEF, worldwide one in three children under the age of 5 aren’t registered at birth, and many of them are girls. Without birth certificates, they don’t have a legal identity, rights, or protections. Those who legally don’t exist are more vulnerable to child labor practices, human trafficking, and abuse.

That’s where the Girls Count Act comes in. This bill authorizes the U.S. Secretary of State and the US Agency for International Development to: (1) support programs that contribute to improved civil and birth registration; (2) incentivize developing countries to build legal frameworks that prevent discrimination against women, and help increase property rights, social security, land tenure, and inheritance rights for women; and (3) assist government ministries of developing countries to ensure that poor girls obtain equal access to social programs.

In short, the Girls Count Act will help ensure that millions of girls around the world are no longer invisible.

Over the past three years, Girl Up members have petitioned their representatives for support of the bill through countless nationwide advocacy call-in days, letters, social media, youth advisory boards, and in-district and Capitol Hill meetings.

Our hard work paid off. The Girls Count Act was passed unanimously in both chambers of Congress at the beginning of this month, and the future for girls became brighter when President Obama signed the bill into law.

“Looks like we worked ourselves out of a job,” said fellow Girl Up Teen Advisor Jessica Bishai. However, a single victory doesn’t mark the end of the overarching battle for girls’ rights. The passing and signing of the Girls Count Act is a significant milestone, but there is still so much left to do. Girl Up is anxious to tackle another big issue facing girls around the world, and I can’t wait to see where our advocacy takes us next.

*Ever since learning about the horrors of human trafficking her sophomore year in high school, Janet Ho has been a fervent human rights activist. She currently serves as a Teen Advisor for the United Nations Foundation campaign, Girl Up, and has helped lead its Advocacy Committee in coordinating political advocacy for the Girls Count Act, which was passed and signed into U.S. law in June of 2015. She will be attending Harvard University in the fall.