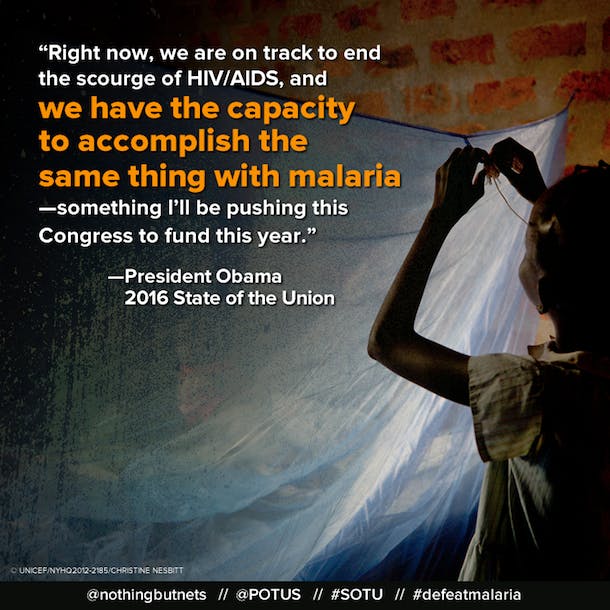 In his seventh and final State of the Union address, U.S. President Barack Obama set a vision that he hoped would endure not just for the next year, but for “the next five years, ten years, and beyond.” For that, I have just one word: Bravo.

At a moment when nations around the world have just taken stock of the change we want to see by 2030, President Obama showed that the U.S. is ready to move the needle on the solutions that it helped shape in the global goals – and to fully partake in this worldwide effort.

This is exactly the leadership we need – yes, for the next five or ten years­ – but notably for the next four to eight. When the President passes the baton to a new Administration next January, a successful foreign policy approach must embrace a partnership model, one in which the U.S. does not have to go it alone, and in which the United Nations is a key tool to achieve our foreign policy priorities.

Americans want to see that approach. A recent poll conducted by a bipartisan research team and released by the Better World Campaign finds that registered voters favor a foreign policy approach that embraces a partnership model. More than 8 in 10 – 82% – of Americans agree that to achieve our foreign policy goals, it is better for the United States to “work with major allies and through international organizations.” By contrast, only 15% said the U.S. should “act mainly on our own.”

If for no other reason, the candidates in both parties should take special note of these top five State of the Union quotes – all of which fundamentally require a strong U.S. partnership with the UN: