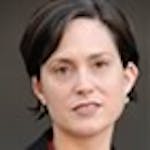 On July 13, the United Nations will convene a major international conference on Financing for Development in Addis Ababa, Ethiopia. The purpose of the conference is to discuss financing for sustainable development. This is the third of its kind, with the last one happening in 2002. World leaders are set to agree on a renewed global partnership to address the challenges of financing and creating an enabling environment for sustainable development. The conference is the first step toward successful implementation of the new global goals – but why is it important for girls and women? Here are the top five reasons: 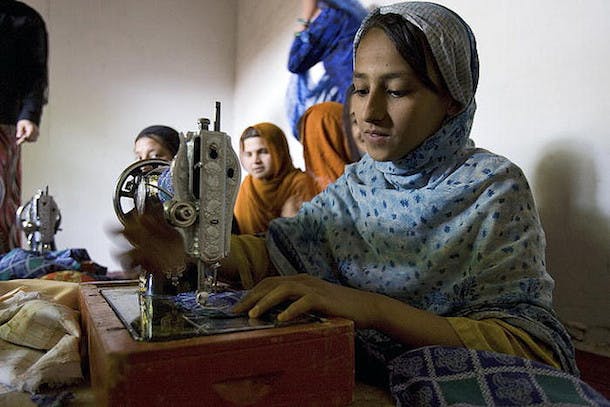 1. The outcome document is focused on girls and women like never before. Although many of the commitments that those of us working on girls’ and women’s empowerment would have wanted to see in the outcome document – such as hard targets for gender sensitive budgeting – the latest draft is significantly more focused on girls and women than the previous document 13 years ago. Right from the start, in the opening paragraphs, it acknowledges that empowering girls and women and achieving gender equality is essential to achieving sustained, inclusive, and equitable economic growth and sustainable development. It also recognizes the importance of girls’ and women’s empowerment across a range of issues, from food security to the need for gender-sensitive budgeting to strengthening small and medium-sized enterprises. In fact, out of the 73 paragraphs in the 2002 Monterrey Conference outcome document, there were only two mentions of women (girls were not mentioned at all). In the latest draft of this year’s document, out of 135 paragraphs, women and girls were mentioned about 25 times, and girls six times.

2. This year’s conference is focused on more than just alleviating poverty; it’s focused on creating prosperity. The Financing for Development conference is about agreeing to a global partnership to unlock resources and opportunities for sustainable development and to make a difference in people’s lives. This will not happen without understanding that investing in girls and women is not only the right thing to do to ensure their basic rights are met, but the smart thing to do, with significant social and economic benefits.

Girls and women should be seen as more than passive recipients of aid, but as key drivers of economic growth, development, and prosperity. According to the World Bank, closing the gender gap in labor force participation by protecting women’s equal rights to decent, productive work would increase global GDP by nearly 12% by 2030. Girls are also critical. The Brookings Institution predicts that 65 low- and middle-income countries are losing approximately $92 billion per year by failing to educate girls to the same standards as boys.

3. Everyone needs to be part of the solution. Achieving the global goals and putting our planet on a sustainable path will require all sources of financial flows and investment. Unlike the previous Financing for Development conference, there is a deeper understanding that we need significant global partnership between all actors – governments, businesses, and civil society – to see even further and faster progress in alleviating the strains of poverty and inequality while protecting the planet. Traditional ways of doing business won’t work. We need to be creative, unlocking potential wherever we can find it. These tasks are too large for governments to do alone. Women on average earn 10- 30% less than working men. Women are also more likely to perform low productivity, low paid, or unpaid work as micro-entrepreneurs and smallholder farmers in the informal economy, in which unsafe and insecure jobs are common. This has negative implications for both the public and the private sectors. In fact, both the private and public sectors have a critical role to play in ensuring that the myriad of negative economic and labor-related statistics for women change drastically over the next decade.

4. Ministers of Finance will be there. Unlike other global meetings where development is discussed, the Financing for Development conference will include significant representation from Ministers of Finance. This is important because in developing countries gender and women’s issues tend to be relegated to the weakest and least well-funded ministries. These ministries, which often also deal with children, youth, social welfare, sport, and other such “left-over” topics, don’t tend to have much power when budgetary and financial decisions are made.

Over 130 years ago, U.S. President James Garfield remarked that, “He who controls the money supply of a nation controls the nation.” In this case, the quote is relevant on two levels. First, Ministries of Finance tend to control the money in a country – and therefore make the decisions about where to invest limited budgets. Second, these ministries tend to be dominated by men. Ensuring that the empowerment of girls and women is part of the overall financing for development framework is key to taking these issues from being nice to have to becoming a central part of the overall development strategy.

We have made great progress over the last decade when it comes to being at the table. This Financing for Development conference will have the highest representation of women in key leadership positions than ever before, from Christine Lagarde running the International Monetary Fund to 10 women now serving as heads of state. Unfortunately, they still operate in largely male-dominated spaces. Although the percentage of women in parliaments has doubled over the last 20 years, this still only means that 22% are women. As of January 2014, only 17% of government ministers were women, with the majority overseeing social sectors, such as in education and social welfare. The same lack of women is evident in leadership positions in the private sector. It is no surprise that at the current rate of progress, the International Labour Organization estimates that it would take more than 75 years to reach equal remuneration for work of equal value for women. This ridiculously slow pace of change is unacceptable, and we must ensure leaders in Addis know this.

The exciting reality today is that we have the tools, resources, and knowledge necessary to enable all people to raise their standards of living through decent work and productive livelihoods while preserving the planet for our children and future generations. It’s time that key decision-makers, such as those who will be in Addis, realized that empowering girls and women is one of the most effective ways to create the planet we want.