Where Do Men Fit into Gender Equality?

Where Do Men Fit into Gender Equality? 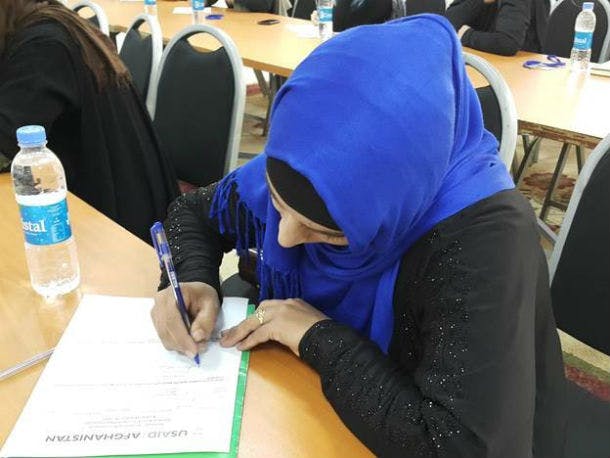 Editor’s Note: Content in this post is graphic. This post is part of the blog series, “Her Goals: Our Future,” which highlights the connections between girls and women and the Sustainable Development Goals. Guest blogger views expressed here do not necessarily reflect the views of the UN Foundation.

When I was growing up in Afghanistan and later in the United States, my father treated me as my brother’s equal. I received the same attention, love, respect, and educational opportunities from him that my brother did. And I got where I am today, working and advocating for economic empowerment and gender equality in Afghanistan, because of both my parents’ encouragement and support and the doors that my education opened for me. Most Afghan women and girls are not so fortunate. Today, only 6% of adult women in Afghanistan have a formal education, limiting women’s participation in the economy. Due to this and the often severe restrictions men place on women’s mobility, only 8% of women earn wages beyond the fields of the agriculture sector. And violence against women and girls is commonplace, especially women who upset social norms by becoming educated or economically empowered. The men in women’s lives, particularly male relatives, are often a barrier stopping women from becoming educated and financially empowered.

These are realities that women deal with all over the world. In Afghanistan, I’ve seen it happen time and again where an enterprising woman’s success works against her because of a man at home who is threatened by her. Some cases result in violence. I once had a 19-year-old employee who told me that her mother was trained in basic business management by a donor-funded program and took an office job. Her father received no training, and soon the mother was out-earning him and their relatives began to shame him. One day, he killed his wife and committed suicide in front of their five children, including the teenager who shared this tragic story with me.

Examples like this are extreme, but for those of us who are working to achieve gender equality under Sustainable Development Goal 5, they underscore the important role that men around the world need to play in empowering women.

Changing men’s beliefs and attitudes will take generations. This is not a goal we can finish under the Sustainable Development Goals, but we can make real progress between now and 2030.

Based on my experience, a good place to start would be to rethink our approach to the business skills training many donors already offer women around the world. Including more men in these opportunities, alongside the women in their lives, is a good way to avert the gender imbalances that lead to repression and violence.

I remember one woman I trained who became interested in starting a clothing and jewelry business. Her husband was skeptical at first, but I insisted on involving him in the training. In the end he acquired business skills too. Rather than preventing his wife from starting a business, he became her sales manager and bookkeeper. Today, they’re running a profitable company together and are even exporting goods to European markets.

Activities like these will not transform gender equality overnight, but they can make a difference.

When I think about my own family, I look at how respectfully my brother treats his wife and children. Where did he learn to do that? He learned from our father. Changing the attitudes and beliefs of even a single father, brother, or husband — that’s where generational change begins.

By Mina Sherzoy, Chemonics’ director for the USAID Promote: Women in Government
program and founder of the Afghan Women’s Business Federation. Follow her at @MinaSherzoy.