What You Should Know about Global Poverty

What You Should Know about Global Poverty 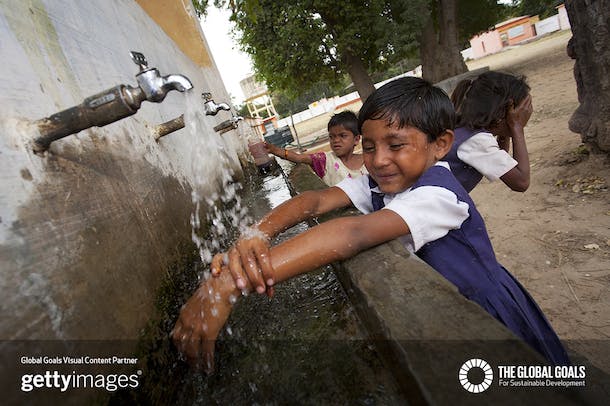 October 17 marks the International Day for the Eradication of Poverty – a mission at the heart of the Sustainable Development Goals adopted at the United Nations in September. These global goals form a shared to-do list for the international community to not only end poverty, but create a world where every person can live with dignity and opportunity.

What is one thing you should know about extreme poverty that many people get wrong?

We’re making important progress in reducing extreme poverty, and we can be the generation that ends it.

Research has found that many people mistakenly believe that extreme poverty has increased in recent decades.

In fact, the opposite has happened.

As New York Times columnist Nicholas Kristof recently wrote: “The world’s best-kept secret is that we live at a historic inflection point when extreme poverty is retreating.”

While eradicating extreme poverty is achievable, it’s not inevitable.

More than 700 million people still live on less than $1.90 a day, and building a future everyone has the chance to move from poverty to prosperity will not be easy.

World Bank President Jim Yong Kim said: “This is the best story in the world today – these projections show us that we are the first generation in human history that can end extreme poverty. …It will be extraordinarily hard, especially in a period of slower global growth, volatile financial markets, conflicts, high youth unemployment, and the growing impact of climate change. But it remains within our grasp, as long as our high aspirations are matched by country-led plans that help the still millions of people living in extreme poverty.”

Last month, the global community embraced the goal of a world without extreme poverty by 2030, and every community – governments, businesses, civil society groups, and individuals – has a role to play to make this happen.

One action you can take right now is to raise your voice in support of ending poverty and raise awareness of the global goals. Watch and share this video with your friends, family, and social network.