What Tuberculosis Means for Maternal Health

What Tuberculosis Means for Maternal Health 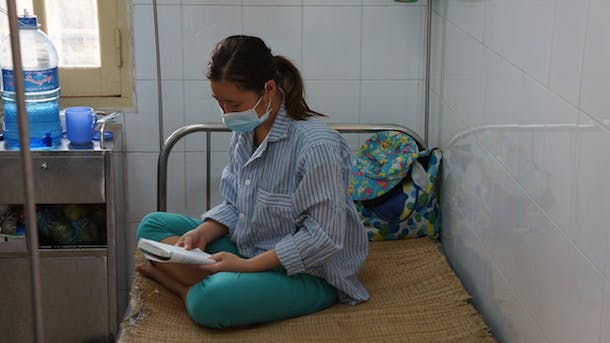 *Jyoti Mathad, MD, MSc, Instructor in the Division of Infectious Diseases and the Center for Global Health at Weill Cornell Medical College in New York

Mrs. Kumar [not her real name] was diagnosed with TB 18 years ago, during her first pregnancy, which ended in miscarriage. She then became depressed and side effects from the TB medications caused her difficulty eating. Three years later, during her second pregnancy, she and her husband were diagnosed with HIV. He died earlier this year, shortly after Mrs. Kumar was diagnosed with TB for the second time. Although she has now completed her second course of treatment, the illness forced her to leave her job. She relies on her mother-in-law’s pension to support her and her children. She does not tell anyone in her family or her community about her HIV and TB, because she is afraid her mother-in-law will no longer support them and that her children will face discrimination.

Those of us who study or practice infectious disease care in TB-endemic countries like India and South Africa see patients like Mrs. Kumar every day. Indeed, her story is the story of TB among poor women of childbearing age. Pregnant women are at an especially high risk of TB, but we don’t know the best ways to prevent or manage the disease in expectant mothers. Even the basic facts that we have managed to establish remain unknown to a large number of health care providers in rural and impoverished urban settings in TB-endemic countries. For example:

In women, TB is most common during the reproductive years.

Women are twice more likely to develop TB around the time of pregnancy than at any other time in their lives.

A 2011 study estimated that 216,500 women were diagnosed with TB when pregnant. This figure is somewhat uncertain, though, because few national TB programs routinely collect information on how many pregnant women develop TB every year.

If a woman develops TB when she is pregnant, she has a 20% risk of death.

TB is a major cause of maternal mortality, especially among HIV-infected women. Pregnant women with TB also have a higher risk of pregnancy complications, such as miscarriage, hemorrhage, and infection.

If a woman develops TB when she is pregnant, her infant has a 38% risk of death.

Infants born to mothers with TB have increased risk of preterm birth and low birth weight. HIV-positive mothers who have TB are twice as likely as those without TB to transmit HIV to their child during pregnancy. TB progress significantly more quickly in newborns than in adults. Even children under 5 years of age face an eight-fold increased risk of death simply by living in the same house as a mother with TB.

Over $600 million dollars is spent on TB research every year, but the majority of studies exclude pregnant women.

Research development has lessened TB drug toxicity and treatment duration in recent years, but those benefits do not extend to pregnant woman. Over 40 TB drug trials are planned, ongoing, or recently completed, but none have included pregnant women.

Every year, over 500,000 women die from TB. Even those who survive, like Mrs. Kumar, face difficult paths. Major knowledge gaps remain. If we better understood how the immune changes of pregnancy affect the course of TB, could we have prevented Mrs. Kumar’s initial diagnosis and miscarriage? What are best practices for screening, prevention and treatment of TB in pregnancy, especially among those with HIV? Governments and policymakers are rightfully concerned about the potential harm of new drugs to a fetus, but their over-cautiousness forces individual doctors to weigh risks and benefits without the pregnancy-specific data they need to make an informed judgment. If we are to curb the TB epidemic in young mothers and their children, we must re-think the presumptive exclusion of pregnant women from research. We are doing them and their children no favors.

*Jyoti Mathad primarily conducts her research in HIV, TB and maternal health in India and Haiti.