Today most Americans will take part in a big annual tradition, gathering with friends and family to watch the Super Bowl – and a bunch of new commercials. This year, one commercial will do more than get people talking; it will get them taking action to help fight AIDS. 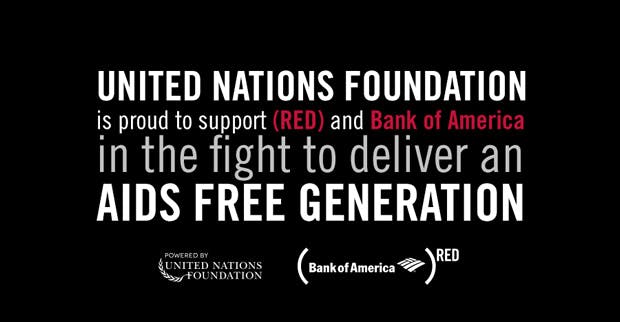 Here’s why: The UN Foundation’s partner (RED) has teamed up with Bank of America and U2 to use the Super Bowl to raise awareness and funds for the Global Fund to Fight AIDS, TB and Malaria in the fight against HIV/AIDS.

A commercial during the game will prompt viewers to download the new U2 song “Invisible.” For each download, Bank of America will donate $1 to (RED). Participants will also be encouraged to make a donation, and Bank of America will match those donations up to $2 million. The UN Foundation is proud to support this effort by hosting the web platform for donations.

It’s easy to get involved:

2) When the commercial airs, encourage the people around you to support the work of the Global Fund for an AIDS-free generation.

We are making progress in this fight: Programs supported by the Global Fund have provided 6.1 million people with antiretroviral therapy for AIDS. And since 2001, new HIV infections in children have dropped by 52 percent.

But we have more work to do. Your support will make a difference. Join us in saving lives.