This year the format is as unprecedented as the moment. For the first time in its 75 years, the United Nations General Assembly (UNGA) will be mostly virtual, in light of the unrelenting global pandemic. It also comes at a time when the consensus around global cooperation is at risk as at no time since the UN’s creation in postwar 1945. And we’ve never needed it more. Here are some of the key issues and marquee moments to look out for during UNGA75.

With cases topping 25 million globally, top of mind for world leaders will be how to address COVID-19. While the UN Secretary-General moved quickly to establish a comprehensive response and recovery fund, challenges to collective action have mounted. Nations in the Security Council showed themselves unable to arrive quickly and easily at a common resolution to address the pandemic, and the United States announced its intent to withdraw from the World Health Organization (WHO). Nevertheless, the incoming President of the General Assembly, Volkan Bozkir of Turkey, has asked governments to focus their General Debate remarks this UNGA on “multilateralism in the context of COVID-19.”

WHO, which is leading and coordinating the worldwide response, has continued to stress that global solidarity is the way the pandemic will end. Since the coronavirus outbreak, the UN has urged a global cessation of conflict to allow for response efforts, has raised awareness of the varying impacts of COVID-19 across sectors and geographies, and has rallied urgent action and support including through attempts to mobilize resources to help countries with especially marginalized and vulnerable communities. Discussions are likely during UNGA to focus on ways to realize greater resources for global COVID-19 response efforts, as well as repeated calls to ensure equitable access to vaccines and treatments when they become available including through the Access to COVID-19 Tools (ACT) Accelerator, a new collaboration to fast-track the development of and access to new vaccines, diagnostics, and treatments.

A sobering assessment of the world’s preparedness for the next pandemic is also expected with the launch of the latest report from the eminent Global Preparedness Monitoring Board, co-chaired by Elhadj As Sy, Chair of the Kofi Annan Foundation, and Dr. Gro Harlem Brundtland, former Prime Minister of Norway and former Director-General of WHO (and a UN Foundation board member).

2020 was meant to kick-start the Decade of Action to deliver the Sustainable Development Goals (SDGs). Meeting the Goals was already off course prior to the pandemic, which has had devastating impacts far beyond the field of global health and pushed us further off track. Years of progress have been erased and positive trends reversed. By the end of 2020, the pandemic is expected to push 71 million people back into extreme poverty, the first increase in more than 20 years. Over 90% of children are affected by school closures, and 80 million infants are missing out on lifesaving vaccines. It is clear that the pandemic is worsening inequalities and vulnerabilities. 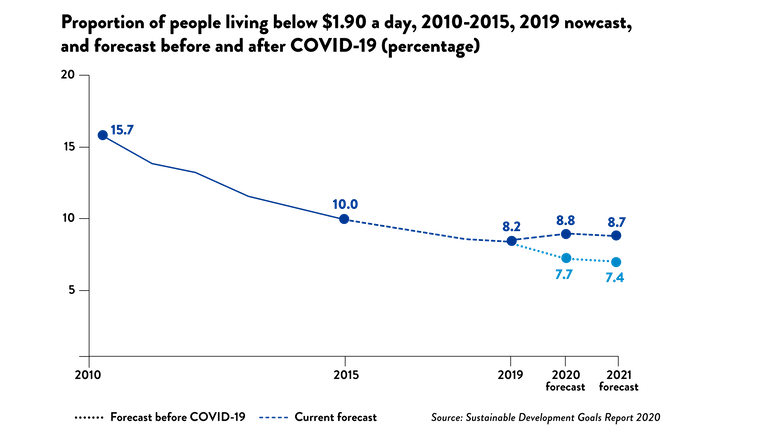 In the face of these challenges, the SDG framework is even more important today than ever. At their core, the SDGs are about solving the world’s greatest challenges together and ensuring no one is left behind in the process. They draw attention to pervasive inequalities and expand the definition of what it means to build a sustainable society. From the highest levels of the UN to city governments, businesses, youth activists, and universities, there is a renewed focus on the SDGs as a framework to recover better and to build a more resilient, just, and sustainable future for everyone.

In virtual events throughout the period heads of state, governments, companies, and organizations at all levels of society will examine where the world has fallen short on the SDGs and identify critical pathways to get back on track. Discussions will stress the role of the SDGs in recovering better from COVID-19, with special attention to societies’ most vulnerable people. We are already seeing greater involvement and engagement across countries, communities, and sectors, and these new and enhanced forms of multi-stakeholder cooperation are essential to truly recover from the pandemic and achieve the SDGs for everyone. Many of these new and diverse voices will be heard during virtual sessions in the SDG Action Zone, three days of programming aimed at driving greater awareness and engagement ­— and ultimately, action.

As the UN Secretary-General has repeatedly stated, climate disruption is approaching a point of no return.  With more people at home, economic activity slowed, and travel and tourism at an all-time low, the environment has seen short-term positive effects such as cleaner water and clearer skies. But even this short-term jolt to the global system is not enough to push us on a more sustainable trajectory: current research shows that even if current behaviors persist through the end of next year, global temperatures will be only about 0.018 degrees Fahrenheit lower than currently projected temperature by 2030, a make-or-break year for climate and the world.

Major structural approaches and interventions are needed urgently to stave off the climate crisis at our doorstep and to put in place systemic changes that are needed to help the post-pandemic world recover greener and to not simply revert to business as usual. The signs are not encouraging: greenhouse gas concentrations reached their highest monthly levels yet in May. Too many governments are still reliant on fossil fuels. And 1 million animal and plant species are at risk of extinction, threatening the equilibrium of our ecosystem and our planet’s biodiversity.

Even though important international climate summits have been postponed to 2021 because of the pandemic, climate change and protecting the environment will still be major topics of discussion in this UNGA. The UN Secretary-General will convene a high-level climate dialogue to showcase positive action and leadership and to continue to push for greater urgency and action among governments and non-state actors alike. At the core will be the imperative that everyone work together to recover better, including through delivering green jobs and business, ending fossil fuel subsidies, helping transform financial systems, and accelerating action to slow climate change.

Heads of state will participate virtually in a summit on September 30 with the theme of “Urgent Action on Biodiversity for Sustainable Development.” Increasingly a focus of climate discussions will be how the world produces and creates a more integrated approach to food across social, economic, and environmental dimensions, with a major summit on food systems in the planning stage for UNGA in 2021.

Ordinary citizens and non-governmental groups will also still be able to take part in the traditional Climate Week NYC, with hundreds of all-virtual events still planned.

Getting Serious about Tackling Inequalities

Decades of turning a blind eye to widening gaps in social, economic, environmental, and political systems have been exposed during the pandemic. People and groups who are already marginalized have been the affected the most. The Secretary-General has firmly debunked the notion that COVID-19 is the great equalizer, and that we are all in the same boat, because the reality is that “while we are all floating on the same sea, it’s clear that some are in superyachts, while others are clinging to the drifting debris.” These fissures and yawning gaps feed economic instability, insecurity, and the risk of a lost generation of children: over a billion students are out of class, half of whom already lack internet connectivity, meaning that vital remote options are not available to them.

The pandemic is also deepening gender inequality. Early evidence suggests that COVID-19 will be responsible for increases in early and forced child marriage, unwanted pregnancies, maternal mortality, violence against women, and hunger among girls and women, as well as a decline in women’s labor force participation and overall economic security.

UNGA this year was planned as a moment of reflection on the 1995 UN conference on gender equality in Beijing that remains the high-water mark for the women’s movement. Despite its famous rallying cry — “human rights are women’s rights, and women’s rights are human rights” — very little has changed for girls and women since. On the 25th anniversary of the Beijing conference, a gender equality summit during UNGA will be a moment to lift up the urgency of addressing gender inequality and to push governments for more progress.

Looking Forward: the UN at 75

All of this is happening as the UN marks its 75th anniversary. Even before COVID-19, the UN was deeply aware that this important milestone was occurring in a world seemingly upended by destabilizing change and where the means for cooperation felt outpaced by rapidly shifting global challenges and opportunities. This wasn’t the time to hold a big anniversary party or to celebrate only the UN’s successes, but rather a time for deep reflection and listening.

That is why the UN decided to make 2020 a year of a global conversation, seeking voices and ideas, from every corner of the world on what is needed to realize the future we want. The pandemic forced an adjustment to consultations, including moving many online, and have brought in nearly 1 million responses across 193 countries.

Results will be released in a report by the Secretary-General during UNGA, but early findings show nearly all respondents agree that countries need to work together to manage global challenges, with a significant increase since the start of the pandemic, and issues of climate and the environment, human rights, and a more peaceful world will be major themes at play as well as how we come together to tackle these challenges. In the United States, for example, the United Nations Association of the USA (UNA-USA) hosted dialogues in all 50 states and found that the overwhelming number of participants believe the only way to move in a positive direction is through increased coordination among governments, individuals, and organization.

Member States will commemorate the UN’s 75th anniversary by committing to the need for strengthened international cooperation and identifying 12 areas where countries will work together to accelerate progress for everyone. Among them: protecting the planet, advancing gender equality, equalizing the benefits of technology, providing opportunities for young people, and reducing conflict.

Striding into Our Common Future

While the virtual format this year may stymie the traditional series of bilateral meetings among global leaders, it could also allow new and less heard voices to be part of the discussions, which will be critical for commitments at UNGA to result in real change in the world.

And at the crux of the discussions will be what form and shape collective action takes going forward and how we come together as a global community to respond to the pandemic and recover better. We rise as one planet, and we will fall as one planet. We have a moral obligation, and it is in the interest of all countries that we leave no one behind, support the most vulnerable among us, protect our only home, and together forge common agreement to take on our shared challenges. 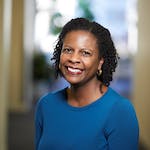