By Kaysie Brown and Krista Rasmussen on July 8, 2020

It goes without saying that the world, halfway through 2020, is markedly different than anything that could have been imagined in January when the UN and global partners launched the Decade of Action to deliver the Sustainable Development Goals (SDGs). Back then, it was recognized that while some progress had been made, the world was overall significantly off track to fulfill the SDGs by 2030 and that more ambitious action was needed to propel efforts in the right direction.

And then COVID-19 swept across the globe, threatening to unravel the fragile progress that had been made and to set the world further back from achieving the SDGs. Against this backdrop, one thing remains clear: The SDGs and the Paris climate agreement are the foundations of a more resilient, equitable, and sustainable response and recovery.

The Sustainable Development Goals Report 2020, released at the launch of this year’s major UN SDG event, the High-Level Political Forum, highlights the progress that has been made and areas that must be safeguarded to have any chance of achieving the SDGs by 2030. The report also acknowledges the unprecedented challenges posed by COVID-19, including the need for rapid and ambitious action to avoid a lost decade of progress.

Although the ultimate toll of the pandemic is still unknown, worrying consequences and setbacks for the SDGs are already apparent. The SDG report and its companion, the Secretary-General’s annual SDG progress report, feature the first comprehensive view of the pandemic’s impact on the SDGs.

Who is getting left behind, and where are the greatest consequences from the pandemic occurring?

The pandemic is expected to push 71 million people back into extreme poverty by the end of the year, leading to the first increase in global rates of extreme poverty in more than 20 years. Years of progress in reducing poverty could be lost, meaning the world enters the 10-year countdown on the SDGs in a more difficult place and with more challenges when considering how to help lift up the more than 700 million people living in extreme poverty around the world. 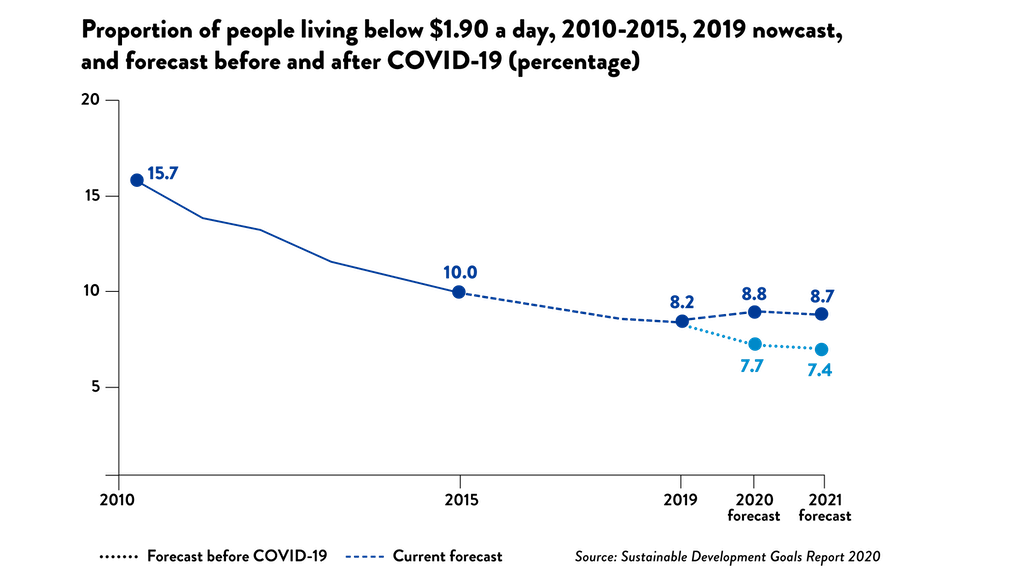 Underemployment and unemployment from the crisis threaten the already 1.6 billion vulnerable workers — half of the global workforce — in the informal economy. Cities and urban areas, overwhelmingly affected by the pandemic, will be further strained, including the 1 in 7 people in the world who live in informal settlements and slums and for whom adequate housing, running water, and education are often out of reach.

Women are bearing some of the greatest burdens during this pandemic. More than 75 percent of doctors and nurses are women, meaning they are on the frontlines of fighting the pandemic. Women are also pulling double duty as unpaid caregivers, where even before the pandemic they devoted three times the number of hours as men. They also hold less secure jobs so will be less able to recover quickly from the economic shocks. The pandemic has also diverted resources away from sexual and reproductive health programs, which may result in a rise in maternal mortality, adolescent pregnancies, and STD transmission. There is also a horrifying surge of domestic violence, as women are trapped in quarantine with their abusers. 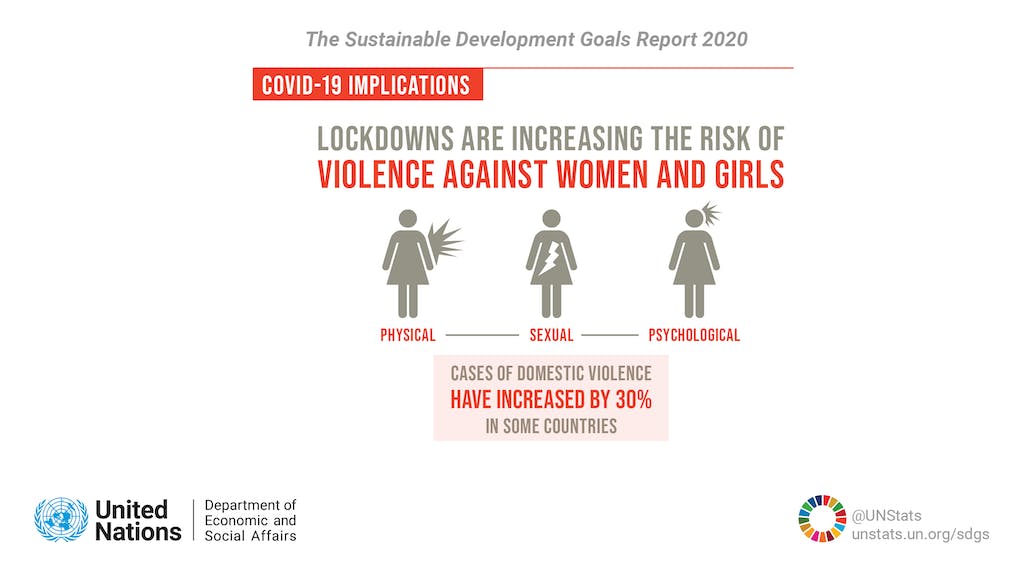 Over 90 percent of children, 1.6 billion, are affected by school closures. Inequalities in access to technology and resources mean the most vulnerable children are falling further behind, including 370 million who depend on school meals for nutrition and will face devastating health consequences. Millions of children have also missed crucial vaccines because campaigns were suspended; at least 80 million babies, for example, are now at risk for diseases such as diphtheria, measles, and polio. And for the first time in two decades, progress made on reducing child labor is likely to be reversed.

It is clear that the COVID-19 pandemic is not the great equalizer. It, in fact, has a disproportionate effect on the most vulnerable and marginalized communities. As the UN Secretary-General has said: The virus “has exposed and exacerbated existing inequalities and injustices.”

Discrimination and lack of protection endanger millions of lives around the world. Minority and marginalized communities, including LGBTI communities, people with disabilities, and racial minorities, have been excluded from leadership positions and policy and decision-making, leaving their communities with less access to health care, social protection, finance, and other crucial information and services. In the United States, for example, Black people are 2.5 times as likely to die from COVID-19 than white people. They are disproportionately likely to work in jobs deemed essential that expose them to the virus, forcing them to decide between economic security and their health.

Around the world, people who face intersecting inequalities and discrimination are at even greater risk. LGBTI people, especially those of color, already faced discrimination in health care and employment that the pandemic further entrenches. The central goal of the SDGs is to “leave no one behind,” but the pandemic demonstrates that much more deliberative work is needed to address inequalities in societies, policies, and structures.

4. A rising tide of hunger

By the end of 2020, 270 million people could face acute food insecurity, meaning their lives would be in immediate danger from lack of food. That is more than double the number of people at risk of acute food insecurity in 2019. This unprecedented increase comes from the triple shock of intensifying effects of climate change, conflict, and the devastating economic impacts of COVID-19, and immediate and aggressive efforts will be required to stave off a hunger pandemic. Countries in Latin America are especially at risk, with an almost threefold increase in the number of people requiring food assistance.

Even before the pandemic, 2 billion people suffered from some form of food insecurity. After years of steady decline, hunger has been on the rise since 2015. The pandemic threatens to further reverse the hard-fought gains toward ending hunger, as millions of workers lose jobs and are pushed into poverty and crucial supply chains and production are interrupted. 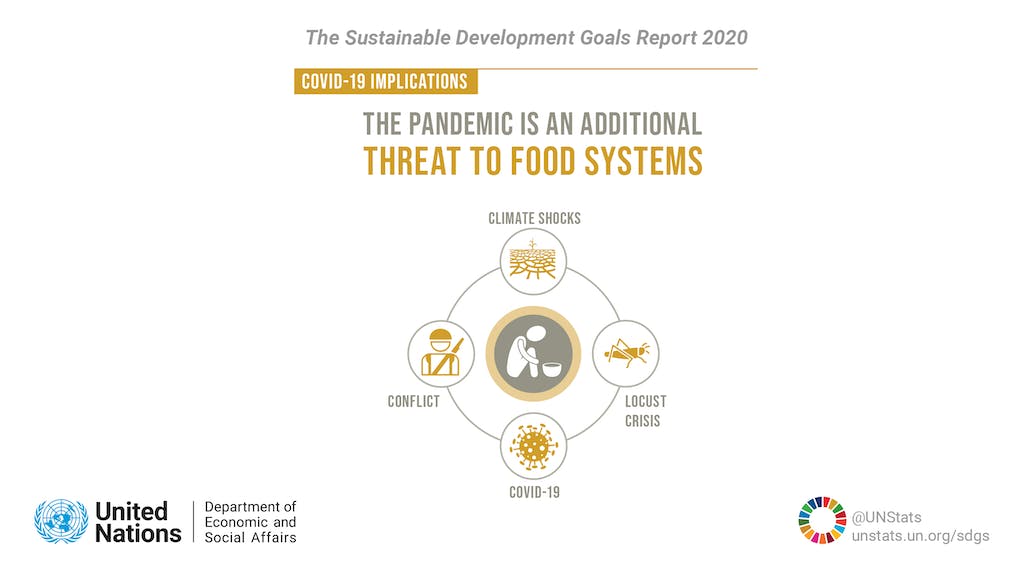 5. Difficult path to a safe climate

Around the world, the pandemic is leading to dramatic shifts in human activity that have translated to short-term cleaner air and water and emissions reductions. By the end of 2020, a 6 percent decline in global greenhouse gas emissions is projected, a reversal of the 1.5 percent average annual increase in emissions over the past decade. Yet even this significant interruption falls short of what is needed — emissions would have to fall by 7.6 percent every year starting in 2020 to keep warming below 1.5 C. And without new approaches and stronger commitments as the global economy recovers, emissions are expected to rise again and may even surpass previous levels. China’s carbon dioxide emissions have already rebounded and surged higher than they were before the pandemic.

The world remains far off track from commitments to the Paris Agreement, and climate change is occurring faster — and with more intense effects — than expected. Last year marked the end of the warmest decade on record and the second warmest year. Ocean acidification, land degradation, and rate of species extinction are accelerating. One million animals and plants are now threatened with extinction, many within the next few decades.

Where do we go from here?

Collectively, the SDG report and the Secretary-General’s annual SDG progress report raise two urgent questions: how to prevent the virus from undoing the progress already made on the SDGs and how to reengage and do more to put the world on a path toward a sustainable, peaceful, inclusive, and just future by 2030.

The world is now at a pivotal moment. The SDGs offer a road map for the way forward. The recovery from the pandemic must be reshaped to align with the SDGs, at all levels from the local to the global. If that does not happen, the virus could weaken the SDGs’ commitment to human development and leave the most vulnerable behind. Simply put, there is a choice to be made here that could put the world back on track to deliver the SDGs.

Making the right choice means ensuring that recovery efforts are green, equitable, and human-centered. A sustainable society is one where all children receive a quality education, are vaccinated, drink clean water, are protected from violence, and have equal opportunities to thrive. It also means designing policies and recovery efforts aimed at tackling inequities in and across societies to reach the most vulnerable communities and to ensure those with decision-making power reflect the communities they are trying to reach.

The UN Secretary-General has been very clear: “We cannot go back to the way it was and simply recreate the systems that have aggravated the crisis. We need to build back better with more sustainable, inclusive, gender-equal societies and economies.” And there is hope.

Signs are everywhere. People are working together to respond to the pandemic and already are holding their communities accountable for building the society and future that is needed. They are coming together to form new partnerships and offering creative solutions. They are making conscious choices to protect each other and live more sustainably. Young people are standing up and pushing leaders to do more and to refuse to return to the pre-pandemic status quo. City governments are rethinking their approach to efforts like transportation by investing in pedestrians and cyclists. There is a renewed focus on the need for universal health care, social safety nets, and digital inclusion to build vibrant societies And the Black Lives Matter movement is forcing a long overdue examination of systemic racial injustice.

But the enormity of the task at hand cannot be overstated. Going forward, can this challenge be met with creativity, ambition, and urgency? The SDG report can serve as a guidepost to recognize where efforts have fallen short and to inspire people everywhere to do more. 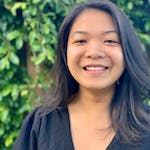