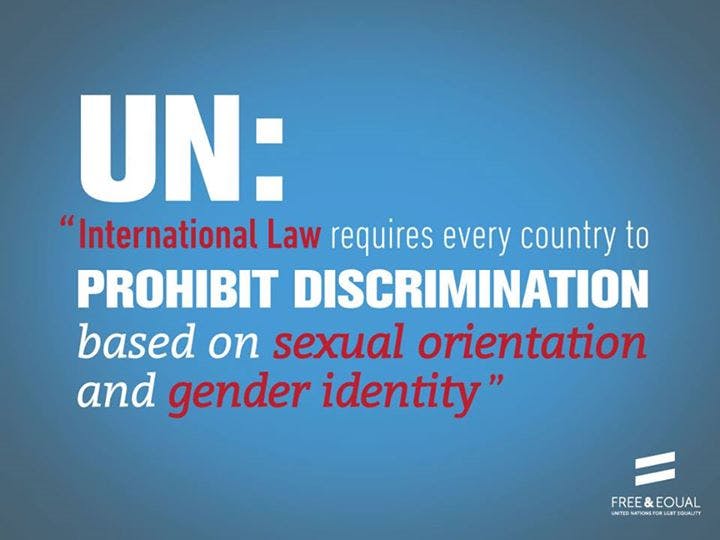 As the Chief Operating Officer of a foundation with global focus, it is important to me that all of our employees, partners, supporters, and friends live in a world that respects and protects their human rights – regardless of whom they love.

That’s why I recently joined the Free and Equal Campaign, a campaign led by the United Nations to raise awareness of homophobic and transphobic violence and to promote respect for LGBT rights.

The UN, under the leadership of Secretary-General Ban Ki-moon, has been a strong leader on LGBT issues, and I recently had the opportunity to meet with Charles Radcliffe from the UN Office of the High Commissioner for Human Rights to discuss these issues in depth. Also joining us was Tom Malinowski, U.S. Assistant Secretary of State for Democracy, Labor, and Human Rights, who highlighted the work of the U.S. government to promote LGBT rights.

The UN is taking important steps toward addressing these issues, including a few listed below.

While these are important steps, no institution can tackle this issue alone. It’s up to all of us to stand up for LGBT rights. Whether it’s fighting for the rights of those victimized by anti-LBGT laws, such as Uganda’s, or for those in the nearly 80 countries where same-sex relationships are criminalized, we will only win long-lasting results if the U.S., the UN, civil society, and the business community work together. The UN Foundation will continue to stand with its partners in supporting global LGBT rights.

I urge you to join the Free & Equal campaign, and support human rights for all people.