UN History: 7 Quotes from 70 Years Ago

UN History: 7 Quotes from 70 Years Ago 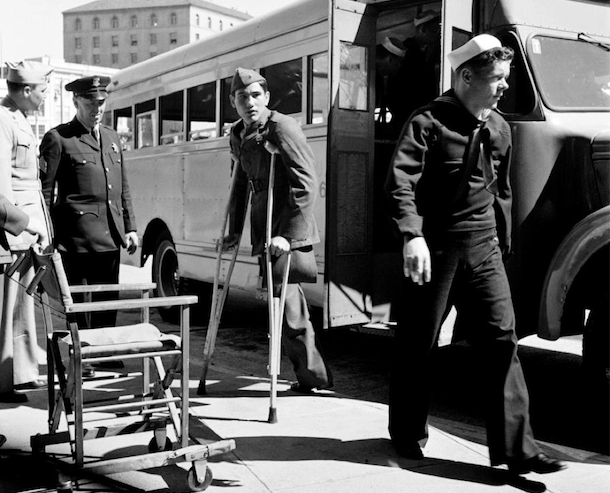 Wounded Veterans arrive at Opera House in San Francisco on April 27, 1945 for the Second Plenary Session of the conference that created the United Nations. Photo credit: UN Photo/Lundquist

Something big happened 70 years ago: In the midst of the ravages of World War II, hundreds of delegates from some 50 countries gathered in San Francisco on April 25, 1945 for the start of the conference to create the United Nations.

The conference culminated in the signing of the United Nations Charter on June 26, 1945.

To mark this anniversary, here are seven quotes from President Harry Truman’s address to the delegates, delivered from the White House on April 25, 1945.

1. “The world has experienced a revival of an old faith in the everlasting moral force of justice. At no time in history has there been a more important Conference, or a more necessary meeting, than this one in San Francisco, which you are opening today.”

2. “You members of this Conference are to be the architects of the better world. In your hands rests our future.”

3. “We fully realize today that victory in war requires a mighty united effort. Certainly, victory in peace calls for, and must receive, an equal effort. Man has learned long ago, that it is impossible to live unto himself. This same basic principle applies today to nations. We were not isolated during the war. We dare not now become isolated in peace.”

6. “With firm faith in our hearts, to sustain us along the hard road to victory, we will find our way to a secure peace, for the ultimate benefit of all humanity.”

7. “We must build a new world – a far better world – one in which the eternal dignity of man is respected.”