The Young and the Restless: What Tomorrow’s Leaders Told Today’s Decision Makers At #WEF2019

The Young and the Restless: What Tomorrow’s Leaders Told Today’s Decision Makers At #WEF2019

How can current global leaders redesign the international system so it provides the economy, opportunity, and healthy environment young people need to thrive? Our planet today is home to the largest generation of young people in history – four in 10 people are under the age of 25 – and they face a daunting future of global challenges. But they’re ready to take action now.

At the 2019 World Economic Forum (WEF) in Davos, young people delivered four clear do’s and don’ts: DON’T ‘empower’ us; DO buy from us; DO create learning systems that work; DON’T exclude us from decisions.

“One of the biggest challenges is this idea that young women or young leaders always need to be empowered,” said Dr. Alaa Murabit, a young Canadian-Libyan doctor, as well as a UN High-Level Commissioner on Health Employment and Economic Growth and a Sustainable Development Goals (SDGs) Advocate.

“Young people have an incredible amount of agency,” she said at a unique event hosted by the UN Foundation and global technology company, Verizon, that brought together young changemakers with senior executives from public, private, and international institutions, including the UN. At WEF, where young people are often talked about but not to, we brought together “new leaders” and “now leaders” to learn from each other.

At 21 years old, Dr. Murabit founded The Voice of Libyan Women, a non-profit dedicated to advancing and protecting the rights of women in that country. She says the support she received from women who broke through barriers before her was a helping hand – not a hand-up.

“That’s the key: mentorship and sponsorship, where there’s a recognition of our agency and capability. Not saying we are going to support or guide you, but rather we are going to work with you. We trust you.”

Another new leader, Christa Freeland from Austin, Texas, thinks that many young people just want a chance to prove themselves. The 31-year-old, who is Managing Director of Powershift Group – a company that finds and funds start-ups – once applied for a prestigious program run by her local mayor’s office but was originally rejected.

“I told them if you put me in the program, I will also be your social media manager,” she explained. “If you only have 30 seats I will bring my own chair, anything – I will do it.” She was accepted into the program. Not only that but she was invited to share her social media ideas with the communications team and wound up getting to work on a political campaign as a result.

Among the new leaders at the event was Botswana-born computer scientist, Rapelang Rabana, a serial entrepreneur who founded the education technology firm, Rekindle Learning, and was listed on Forbes 30 under 30 list for best entrepreneurs of Africa. She agreed that empowerment programs are often not enough, especially for young women in the male-dominated tech industry.

“It’s one thing to say in a Davos meeting ‘oh we need to reach gender parity,’” she said. “That’s an easy step. It’s also more popular to have employment targets and say we need to make sure we have women in our workforce. But as an entrepreneur, I think the last hurdle is really when companies will procure products and services from women-owned businesses.”

That’s a move that global tech firm Verizon is already making, according to its Chief Strategy Officer Rima Qureshi, one of the now leaders at our event. The company implements a strict diversity commitment, for example, by requiring suppliers to be majority owned and operated by minorities, women, veterans, and more.

“There is more focus in my company on responsible business practices; goals – not quotas –  we set for ourselves for where we buy our services and what we expect from our providers, and that is a step in the right direction,” said Rima. Lise Kingo, CEO and Executive Director of the UN’s business-focused agency, the UN Global Compact, offered an idea to raise the profile of youth-run businesses and ideas. It is asking the more than 9,500 member companies in over 160 countries to identify young SDG innovators and highlight their work at a national and global level, “so we are making ideas that young people are working on more visible.”

But not everyone can be – or wants to be – an entrepreneur. And for many young people, there are very real and scary questions about what jobs they will have. Even as the youth population is growing, the global labor force is shrinking: 71 million young people are already unemployed (around 13% of the world’s youth population). And in addition to concerns about rising unemployment, there is worry about preparing for the jobs that will be available: 65% of children entering primary school today will end up in jobs that don’t exist yet.

Naturalist Charles Darwin, who pioneered the theory of natural selection, is credited with saying the species that survives won’t be the strongest nor the most intelligent, but the one that is most adaptable to change.

For young education entrepreneur Rapelang Rabana, the uncertainty about jobs of the future means leaders today must change how young people learn, so all young people have foundational skills that can be augmented as things like digital payments become more sophisticated or AI-enabled logistics systems become more prevalent.

“We are not really teaching those kind of skills in our education or training systems,” she said, “I’m really looking at what role virtual reality and other technologies can play because the key is going to be about creating experiential learning experiences as opposed to more content driven, which is where we sort of are at now.”

Our group of now leaders at the event suggested that they are starting to understand the shifts needed in education.

Rima Qureshi of Verizon pointed out that the Verizon Foundation announced $200 million (totaling to $400 million in the next five years) towards STEM education in schools in underprivileged areas across the U.S., “so everyone has the capability and tools to be part of the new world.”

Do’s and Don’ts #4: Don’t Exclude Us from Conversations

Our new leaders complained that young voices are often included as tokens in conversations with policymakers about issues that affect them, like education.

“One youth voice is invited in to give the perspective of all young people, and even then the organization makes the same announcement it was planning to make a month before,” said Dr. Alaa Murabit.

She and her fellow new leaders agreed that much greater and broader representation of youth perspectives is essential in policy discussions. UNICEF’s Deputy Executive Director Charlotte Petri-Gornitzka acknowledged that today’s leaders need more help in designing education systems that will meet young people’s needs in the future. She said UNICEF is looking to create a virtual marketplace for ideas.

“We want to part of a movement with you to make sure that every young person in 2030 is employed or in training or in education,” she said. “We are not going to try and do a UNICEF project. We will work to foster a platform so all actors that can change the situation for young people will be there. We are going to work with young people.”

It’s a wish echoed by Lise Kingo, as UN Global Compact works with its members to align their activities to the SDGs, “Those of us who have been working with business for many years, we have tested out a lot of ideas and now I really feel we need to hear your voices.”

With 1.8 billion young people ready to take on the world, rapid technological innovation transforming how we live and work, and rising threats to global progress, leaders of today ignore leaders of tomorrow at their peril. 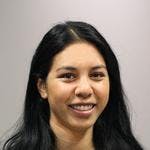