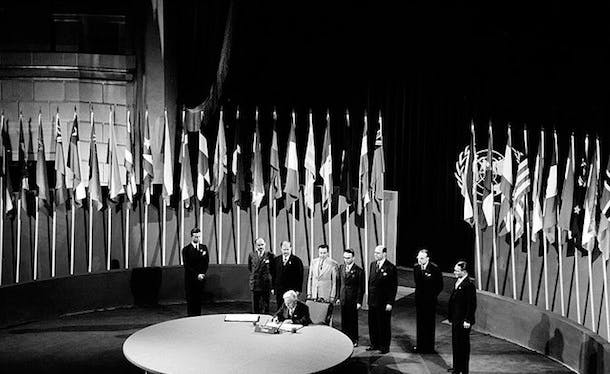 Here are 10 facts to get us started!

3. The UN Girls’ Education Initiative seeks to narrow the gender gap in education and make sure all children – girls and boys – have access to education. (Tweet it)

5. 50 nations attended the historic 1945 San Francisco Conference that ended with the signing of the UN Charter on June 26. (Tweet this)

7. The United Nations Children’s Fund, or UNICEF, gets its acronym from the program’s original name: United Nations International Children’s Emergency Fund. UNICEF works around the world to promote the rights and well-being of children. (Share it)

8. The United Nations has carried out 71 peacekeeping operations since 1948. There are currently 16 UN peace operations. (Tweet it)

10. Cuban leader Fidel Castro holds the record for the longest speech ever given at the UN: 269 minutes in 1960. (Tweet this)