Reaching global solutions may seem impossible as the world confronts a myriad of challenges – from conflict and disease to environmental crises. However, success stories of global cooperation are out there. And they offer valuable lessons learned for the issues we face today.

In this podcast, UN Dispatch host Mark Goldberg unravels the story of one of the greatest global successes of our time: how the world came together through the UN to heal the ozone layer.

When scientists discovered a massive hole in the ozone over Antarctica in 1985, the world was struck by fear. Ozone forms a protective layer over the Earth, absorbing harmful ultraviolet radiation that causes skin cancers, cataracts, and other damaging health and environmental issues. Thankfully, in just two years time, the international community came together to create a binding international treaty to stop ozone depletion. That agreement is known as the Montreal Protocol.

From initial scientific discovery to ongoing global commitment, hear firsthand how this unprecedented treaty came to be.

This episode is part of a podcast series with UN Dispatch, called “Wins for the World,” which documents the stories of how multilateral cooperation tangibly benefited people and the planet. 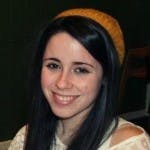 3 Key Signs of Progress on the Paris Agreement