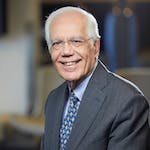 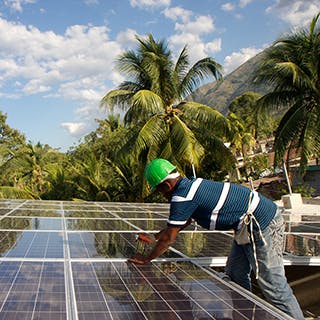 The world has entered a new energy era marked by concerns over energy security, climate change, and access by the poor to modern energy services. The current energy path is not sustainable. Carbon dioxide from energy production and use represents about 65% of global emissions and under current policies is estimated to increase by a third by 2020. The International Energy Agency (IEA) estimates that global demand for energy will increase by 45% by 2030, with developing countries accounting for 87% of this increase. In my view, renewable energy holds the promise for a low-carbon energy world. In turn, energy security, climate change, and universal access to modern energy services will be the three key drivers of a bright future for renewable energy.

A decade ago, the future of renewable energy looked very different than it does today. No one imagined then that 70% of new power capacity added in Europe would be renewable, which is what happened in 2011. No one imagined that China would go from a minor player to global leader in just six years, or that developing countries would become home to more than one-third of global wind power capacity.

Long-term measures to safeguard national security strive to reduce dependence on imported fuels by reducing demand through conservation and by developing domestic sources of energy. What once seemed a dream is becoming a reality – with renewables the world can now glimpse the prospect of an economy largely dependent on abundant, domestic, and affordable clean energy.

In developing countries, as mobile phones leapfrogged land lines, PV electricity is leapfrogging fossil fuels.  According to The Economist, in a number of sunny countries, the cost of electricity supplied to the grid from solar PV is now competitive with that from coal and natural gas.

Earlier this year, the Intergovernmental Panel on Climate Change (IPCC) released its 5th assessment report which shows clearly that climate impacts are unfolding around the world, affecting every continent and ocean, posing immediate and growing risks particularly to developing countries. Many believe now that climate change, once considered an issue for a distant future, has moved firmly into the present.

The problems will grow substantially worse unless CO2 emissions are brought under control in a timely fashion in order to keep temperature rise this century to under 2 degrees Celsius. According to the IPCC, keeping temperature increase below 2 degrees will require new patterns of investment and transformation into a low-carbon economy, with a vastly bigger share of wind and solar energy.

Renewable power also plays a significant role in enhancing access by the poor to modern energy services. More than 1.3 billion people lack access to electricity and at least 2.7 billion people are without clean cooking facilities. Recognizing the importance and urgency of these challenges, the UN Secretary-General announced in 2011 his “Sustainable Energy for All” initiative which seeks to mobilize global action in support of three linked objectives, to be achieved by 2030:

The initiative is now operational and the Decade of Sustainable Energy for All was launched by the UN General Assembly last June.

Critical to securing a sustainable, affordable, and climate-friendly future for this generation and many to come is the ability of individuals and institutions to affect change in the way we generate and use energy. It is only by significant scaling-up of renewable energy that we will enter a virtuous cycle of cost reductions followed by more significant scaling-up.